click on name or picture to go to Waliński Family Tree 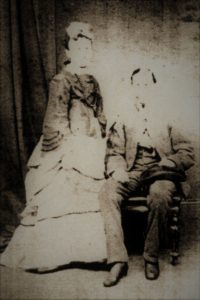 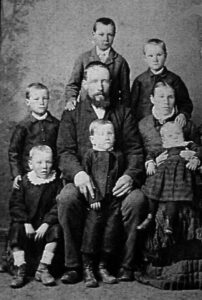 Carl and Anna Junge with their children, George, Jack and Joseph Schruffer, Peter and Frank Junge and baby Carl. Ca. 1885, courtesy of “We Were Here Too!”, p 104

Listed aboard were: Anna Walinska age 17. Anna was born at Boroszewo on 17 December 1855. She was said to be very seasick and homesick on the journey out and was in the process of throwing herself over board when a German by the name of George Schrüffer stopped her from doing so. From then, on he took her under his wing and went on to marry her on 19 May 1873 at St. Joseph’s Church in Dunedin. George (b. 1843–d. 1879), was born in Bamberg in Germany, the son of Johann and Anna Schrüffer and came out to New Zealand as an engineer. The family born at Allanton were: John (b. 1876–d. 1946), George (b. 1877–d. 1953) and Joseph (b. 1879–d. 1968). Tragically George was involved in a serious accident while working at Kirks ballast pit near Allanton.  He later died as a result of his serious injuries on 14 March 1879 aged 36 years and was buried at the Allanton Cemetery.

“A serious accident occurred at Kirk’s Ballast Pit, near Greytown on the 6th, when a considerable quantity of gravel suddenly gave way and fell on George Schrifford, one of the workmen, covering the lower parts of his body. A boy named Stewart, after vainly endeavouring to release Schrifford, gave the alarm, and the men from Mackay’s Pit adjoining ultimately got him out, after narrowly escaping themselves a second fall that occurred. Dr Brearty, who was called in, found that Schrifford had two of his ribs broken and had sustained severe internal injuries. Schrifford has a wife and three young children.” Otago Daily Times, 14 March 1879, p 2

George Schafford, who was recently buried by a fall of earth at Kirk’s Ballast Pit near Greytown, has been suffering very severely, but has now passed the critical period, and hopes are entertained for his ultimate recovery.” Bruce Herald, 18 March 1879, p 7 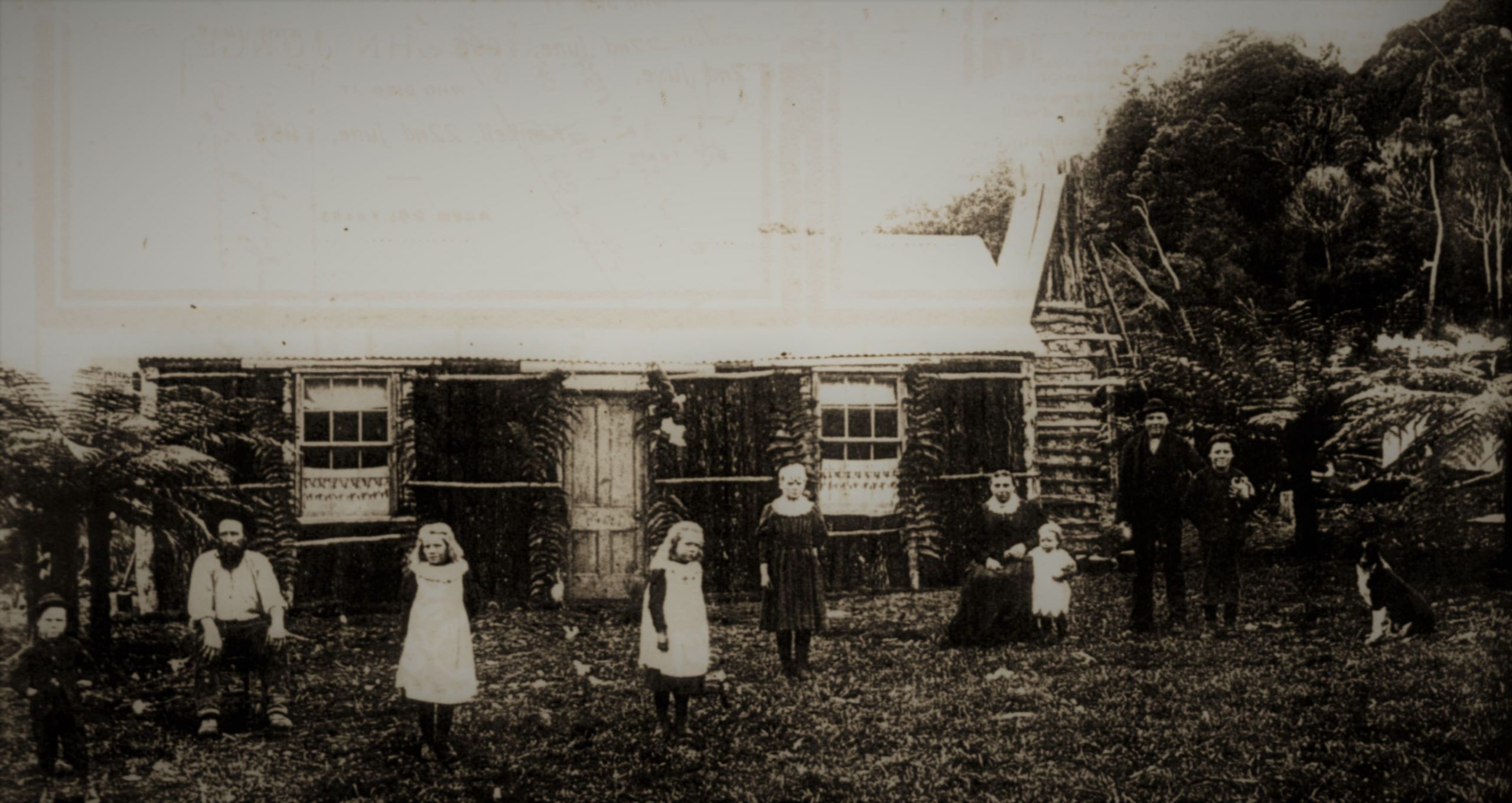 About the turn of the century the family moved south to Chaslands where the land was being cleared for settlement. Here the family built a Bung House, a house made of tree ferns or pomngas. Before the coming of the saw mills, timber had to be transported by bullock dray for quite long distances. Corrugated iron made for both roofing and chimney, and glass and timber were kept to a minimum. Mrs. Hayes, of Tahakopa, (nee Annie Junge) recalls her parent’s house in the Chaslands; “We gathered moss to pack between the bunghies and then plastered the inside walls with clay. When finished they were as smooth as any modern house.” The outside was soon picturesquely covered with the ivy and creepers they planted. A very different residence from the five-roomed wooden house they had left. Most of these houses had clay floors kept smooth and clean. Fireplaces were big open hearths, and bread was baked in camp ovens from yeast fermented at home. The fireplace in the Junge house held four camp ovens, two at the back and two at the front, and the family had a bunghie wash-house too, with a fireplace for boiling the washing in Kerosene tins. Every year there was a fortnight’s holiday in late summer or early autumn, a working holiday if ever there was one, for the children to cut weed on their parent’s farm. Annie Junge was walking the four miles to the township for the mail one day, when a stranger on horseback asked if she had been cutting ragwort on her father’s farm. She said, “I’ll show you if I have been cutting weed!” and held out her blistered hands. It was the Stock Inspector to whom she showed the painful evidence,” and we had to milk the cows with our blistered hands.” It is recalled in those early years of Chaslands School, that due to the distance they could not be compelled to attend in rough weather, hence missing school. Here they had some good times with tales of pig hunting and wild cattle hunting in regions of dense bush. It is while residing here that Anna was naturalised as a New Zealand citizen on 13 March 1903. 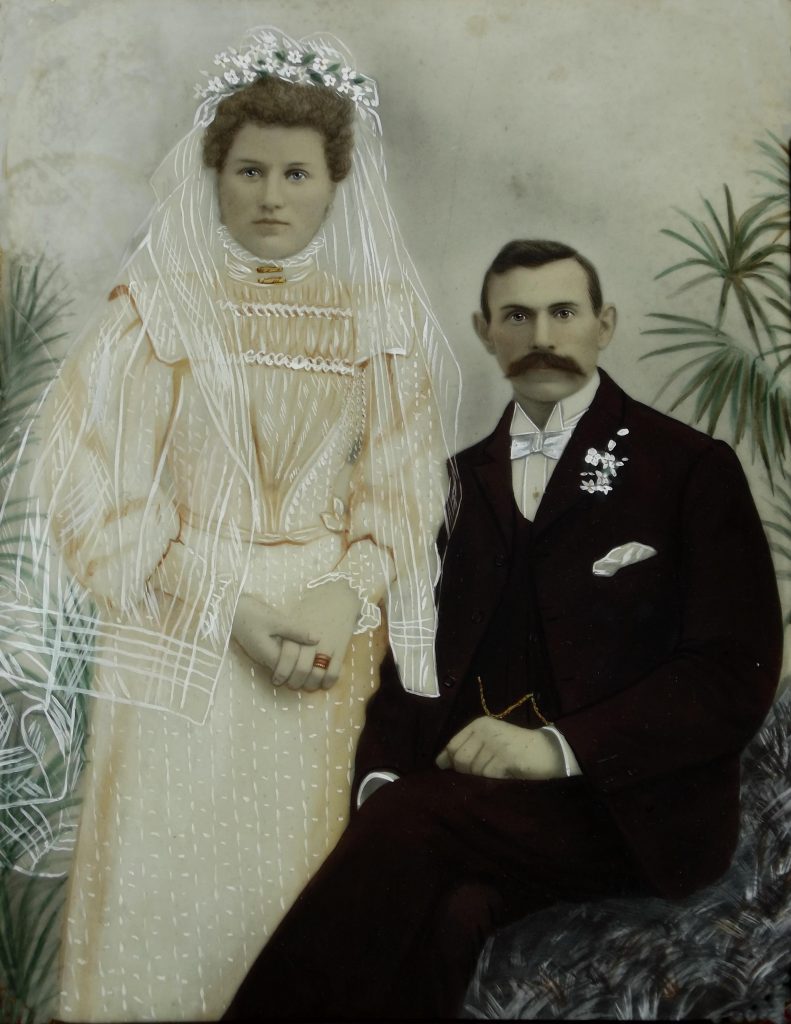 Due to hard times the family decided to return to Allanton. A memory Cyril Hayes has is of their whole family being taken to visit their grandmother Anna at Allanton, this being when the Junge’s were off their farm at Chaslands, and back at Allanton. Cyril’s father, Ted Hayes, (Edwin) had bought an old Dodge car and they set off in this, the whole family piled in, and it was a marathon trip from Tahakopa. He remembers Anna as a very sedate lady who plied them with black current drink, homemade. This drink must have been a specialty of hers as Vincent Jung of Te Aroha also remembers it. Many of the grandchildren remember the house at Allanton. The dining room was at the right and Vincent remembers Anna sitting there reading her Polish Bible, she had not learned to read English although she spoke English with a heavy foreign accent. Anna was known to collect sheep’s wool from fences, bushes etc where she would turn it into felt. This was used for insoles in shoes, knitted into mittens or waistcoats. Carl died at Dunedin on 13 December 1924 and Anna died at Dunedin on 20 October 1932 aged 76. A Requiem Mass was held at the Sacred Heart church and is buried at the Allanton Cemetery. 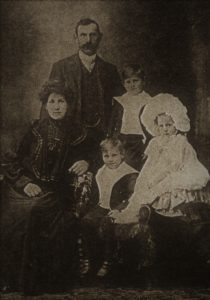 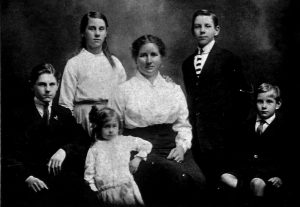 Antoni Waliński was born at Stanisławie on 04 March 1871.  He left Malżewko for Hamburg with extended family where they set sail aboard the Reichstag on 10 May 1874, arriving at Port Nicholson in Wellington on 6 August 1874. He had been nominated by family and friends in Waihola to settle in New Zealand. Listed aboard were: Anton Świtala (Waliński) age 3. He travelled with extended family south to Allanton where they settled. Antoni was apparently quite an academic at school and a very good singer, appearing in many concerts. Being keen in sports, he was a keen footballer and a keen cyclist, excelling in both. He first worked as an apprentice for Ralston’s Butchery at Allanton before marrying on 19 July 1899 at the Church of the Sacred Heart at Allanton to Martha Smolenski (b. 1881 at Allanton–d. 1951), the daughter of Jan Smoliński and Franciszka Malińowska. They married in a double wedding ceremony with John Smolenski and Annie Black. Antoni had intentions of marrying Martha ever since she was a young girl, waiting patiently for her to become of age. They first settled in Allanton where they had their first two children, Frank William (b. 1900–d. 1964) and Eric George (b. 1901–d, 1982). The family then moved to Dunedin where Antoni worked at various times as a butcher, labourer and linesmen, laying the Castle Street tramlines. Here they had the remaining family, Minnie (b. 1903–d. 1983), Thomas Edward (b. 1909–d. 1972) and Mona (b. 1913–d. 2006). Sadly, Antoni died at his residence at Harrow Street in Dunedin on 18 March 1915 aged 44 and is buried at the Allanton Cemetery. Mysteriously both males from the double wedding died very young and as a result the family regarded double weddings as a bad omen. 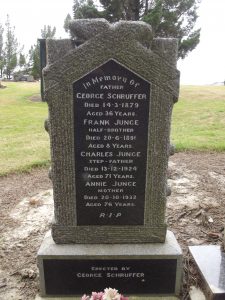 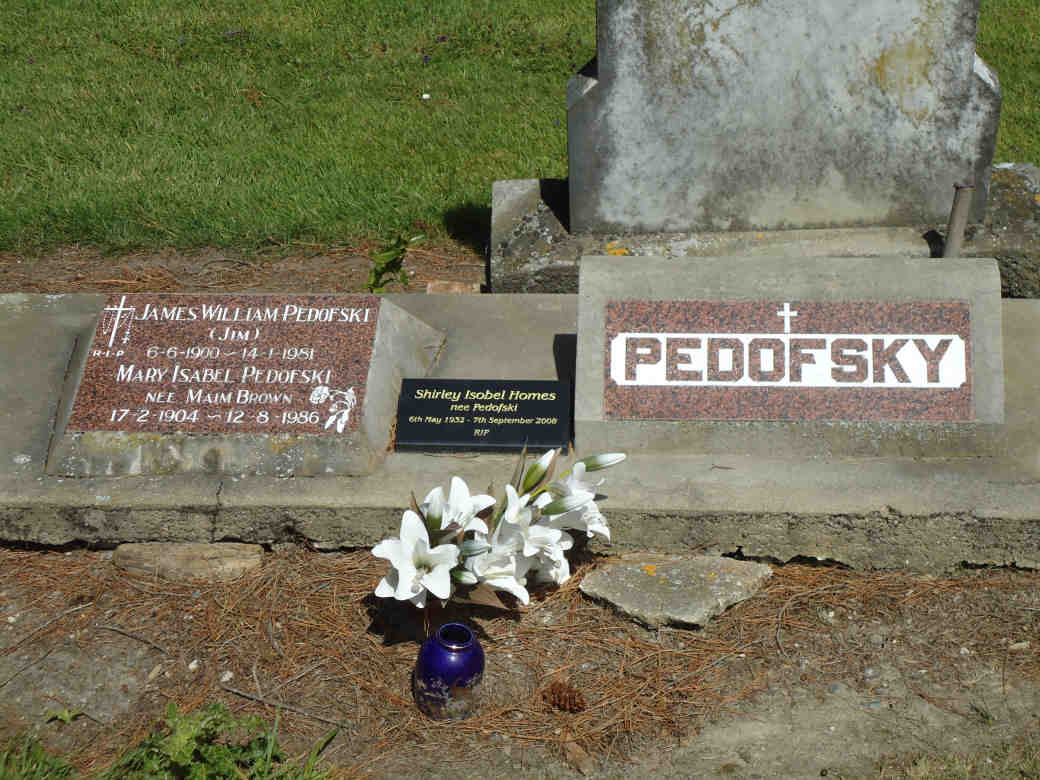 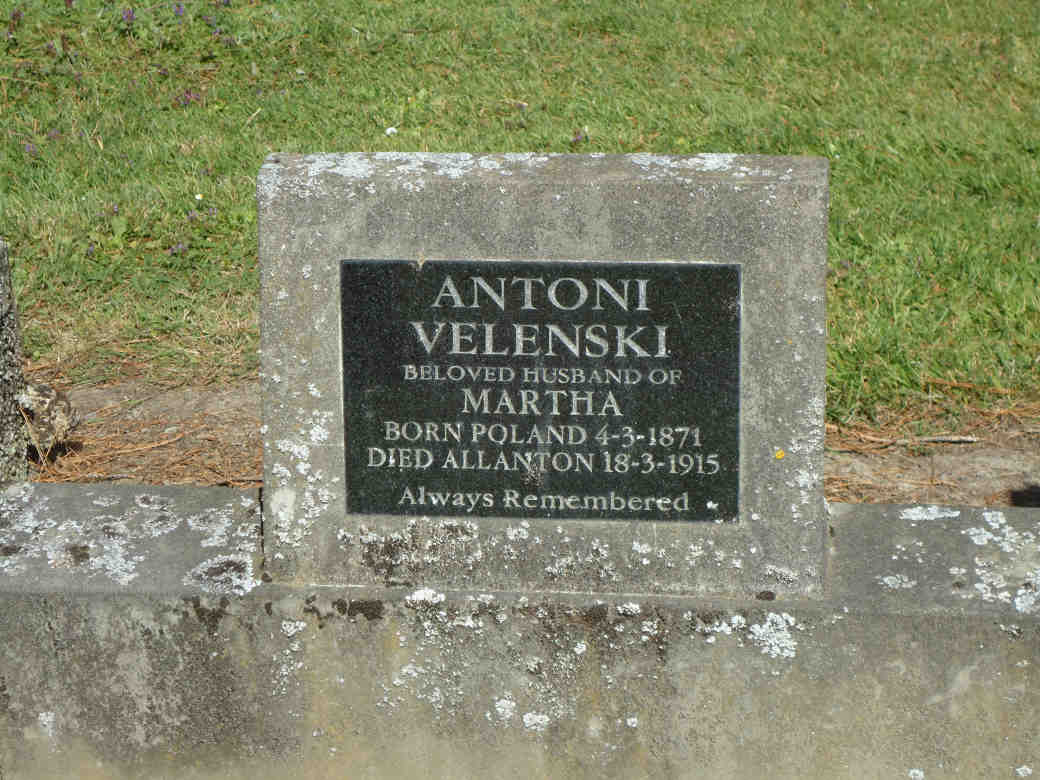