click on name or picture to go to Cherkowski Family Tree 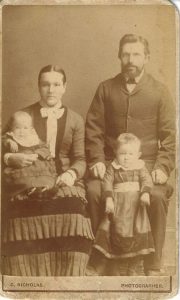 Listed aboard was: Francisca Chilkowski age 17.  Also on board was her cousin, Anna Grenz age 9, from the village of Turze Wielkie. They travelled south to the township of Waihola in the South Island where friends and family had settled a couple of years prior. She was soon followed by her godparents, Johann and Apollonia Klass who went to the newly established settlement of Greytown (Allanton). In the next year, her sister Rozalia and husband Jan Marcin Kreft left Stanisławie for Hamburg and set aboard the Lammershagen for New Zealand where they were sent to Jackson’s Bay.

Fanny’s brother, Jan Jakob Cherkowski, immigrated to America with his wife Barbara Rozanowska and their young family aboard the Belgenland. They departed from Antwerp, Belgium, arriving at Philadelphia, Pensylvania on 14 August 1891 and settled in Milwaukee, Winsconsin.  In 1892, her eldest sister Jozefina also migrated to Milwaukee with her youngest daughter Jozefina, after the death of her husband Jozef Wolke. 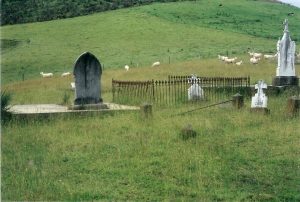 The grave of Fanny Klimeck (no headstone), behind the Annis Family Plot at Waihola Cemetery