click on name or picture to go to Neas Family Tree at ancestry.com 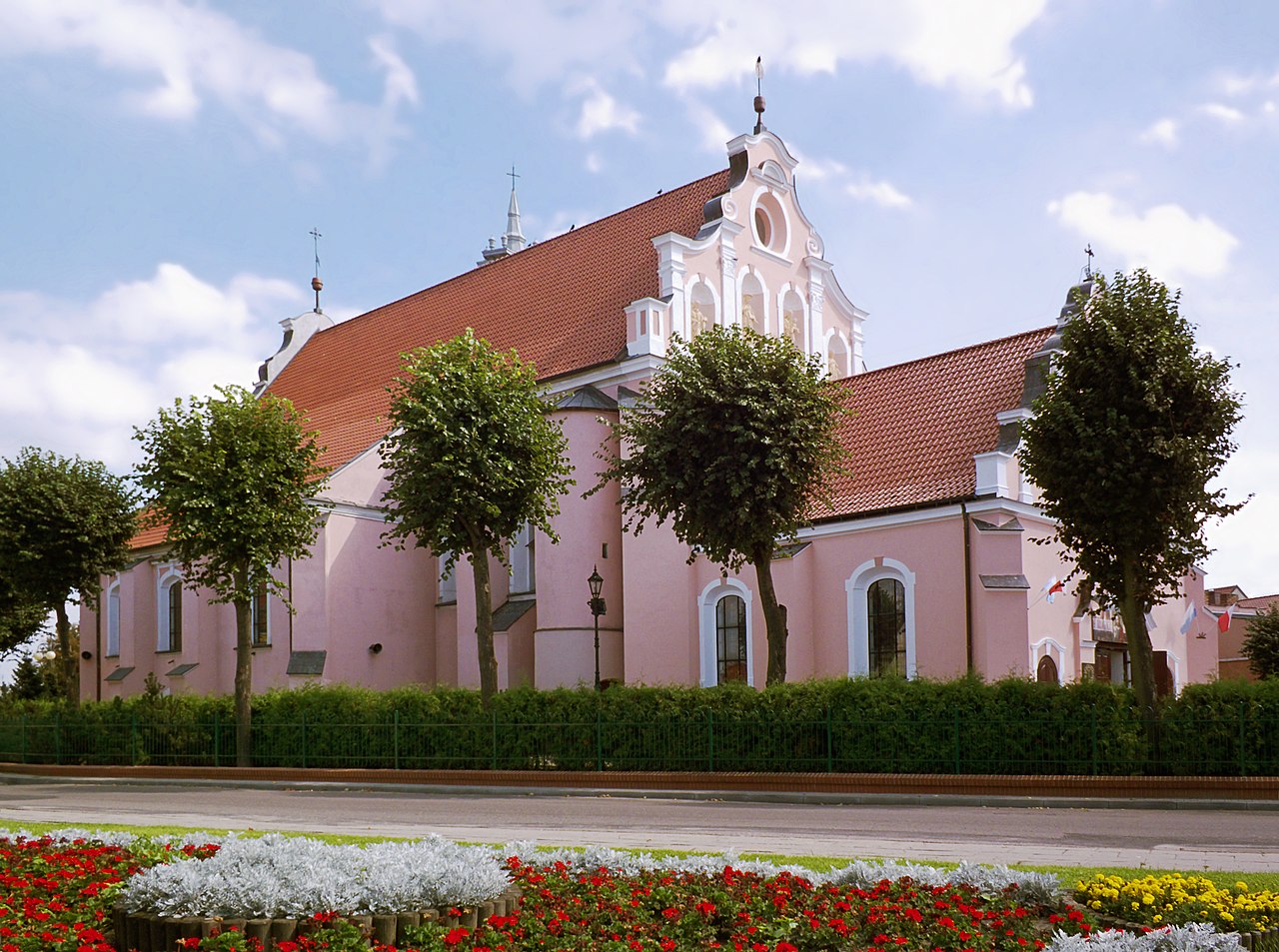 Johann Friedrich Neas, a joiner, (b. 1832–d. 1926) was born at Mirowo on 1 February 1832, the son of Johann Michael Neas and Anna Rosina Steinke. Friedrich married about 1862 to Albertine Pauline Müller (b. 9 February 1837 at Słomki–d. 1919), the daughter of Johann Christian Müller and Wilhelmine Thews. The family born at Trzaskowice were: Gustav Rudolph (b. 1863–d. 1948), Maria Elizabeth Emma (b. 1865–d. 1875), at Ostrówki; Emilie Bertha (b. 1867–d. 1957) and Emily Annistine (b. 1871–d. 1930).  It is believed Frederick was unable to read or write due to a lack of education. Due to the discontent of unemployment and persecution, Fredrich Neas along with his sister and cousins who were married to Friederich Kallm, Friederich Radke and Hermann Scheiffelbein joined an exodus in 1874 for Gravesend, London where they set sail aboard the P. Dallam Tower on 21 December 1874, arriving at Wellington on 17 March 1875.

Johann Friedrich Neas and his family found themselves in the deep south of New Zealand in the township of Makarewa.

“WASTE LANDS BOARD. The Chief Commissioner presided at the meeting of the Board yesterday, and all the members were present… F. J. Neas and R. Collinson were granted leave to purchase their d.p. sections, Makarewa township, as were also P. McDermott and A. Dykes for their sections in Oteramika Hundred.” Southland Times, 3 June 1881, p 2

“Waste Lands Board. Thursday, July 26th. At the ordinary meeting of the Board, Mr Lumsden, in the unavoidable absence of the Chief Commissioner, was elected chairman; the other members present being Messrs Mitchell, Toshach, and Dennlston. The first business taken up, in consequence of the large number of applicants present, was the allotment by ballot of sections in the extension of Makarewa township… For section 2, block 5, to Frederick Neas.” Southland Times, 27 July 1883, p 3

Frederick was naturalised a New Zealand citizen on 29 June 1901, a settler at Makarewa.

Pauline died at the residence of her son-in-law in Invercargill on 21 March 1919 at 82.

Gustav (Rudolph) Neas was born at Trzaskowice on 9 December 1863.

“Waste Lands Board. Thursday, 2nd Aug. The ordinary meeting was attended by the Chief Commissioner and ,Denniston, Mitchell, Toshach, and Lumsden.  A number of deferred-payment sections in the same township (Makarewa) were applied for and granted as follows:— Rudolph Neas, section 1, block 5…” Southland Times, 3 August 1883, p 4

“FOR PRIVATE SALE. THE Property of Mr Rudloph Neas, at Makarewa, in one or smaller lots, to suit purchasers. All in grass-fenced, drained and improved; This is without exception the finest property in Makarewa. WM TODD & CO. Don Street.” Southland Times, 12 December 1905, p 3

“SOUTHLAND COUNTY COUNCIL. MONTHLY MEETING. The monthly meeting of the Southland County Council was held in the Council Chambers yesterday, when there were present: —Chairman, H. J. Middleton, L. Robertson C. Kerse. T. Fraser, J. R. Hamilton, A. Stewart, D. Gilchrist, H. G. Brass and J. Fleming…R. Neas and ‘Wm. Robertson, farmers, Waikiwi, wrote drawing attention to the state of the culvert below their sections on Mclvor’s Road. The culvert required lowering as the water backed up on to their sections. —Culvert to be lowered under usual conditions…” Southland Times, 15 November 1913, p 3

“LIVE STOCK AND THE FARM. DOES IT PAY TO MANURE PASTURES? The manuring of various farm crops has received generally much more attention than the top-dressing of pastures or grassland. This fact may be chiefly because it is easier to determine the yields from manured and unmanured sections of most crops than it is in the case of pastureland. The difficulty of obtaining efficient and reliable farm labour also prejudices many thoroughgoing farmers from accurately carrying out experiments on their grass paddocks: Nevertheless grassland—especially that subjected to constant cutting for hay or seed, or for heavy grazing—requires feeding with fertilisers as much as any farm crop. An experiment carried out recently by Mr Rudolph Neas, Waikiwi, near Invercargill, is consequently of interest. The test which was undertaken privately was supervised by Mr W. Alexander, Fields Instructor of the Agricultural Department. The pasture consisted of ryegrass and white clover which was sown down with an oat crop in the spring of 1918 and had carried some cattle during the following Winter. Realising the almost general want of phosphatic manure in our New Zealand soils, the following plan was adopted in the plots being each one acre in area; — Plot 1—Basic1 —Basic super, 2cwt per acre. Plot 2—No manure (check plot). Plot 3—Basic super, 2cwt per acre; nitrate of soda, 1cwt per acre.

The basic super was applied in the second week of October 1919, to both Plots 1 and 3; the Nitrate of Soda, which manure is extensively used for grassland in Great Britain, etc., was given as a separate topdressing. at the end of October. The young grass had already shown considerable growth before the manures were put on, so that better results particularly from the basic super would doubtless have been obtained had this fertiliser been put on some 6 or 8 weeks earlier. The effects of the manures were very evident to the eye; whereas the basic super plot only appeared to be a little more dense than the control plot, on looking over the standing grass crop it was quite easy to mark where the nitrate of soda plot commenced in consequence of the heavier growth, greener foliage and also by the prevalence of a greater amount of clover. The season could not be considered a favourable one and the ground was unlimed, otherwise the yields would have been no doubt heavier. The plots were out for hay for the first time, and from now on will be chiefly used for grazing. The yields were carefully ascertained as follows: Plot 1 (basic super)—2 tons 14cwt 1qr . 7 lbs. Plot 2 (control)—2 tons 3cwt 0qrs 211bs. Plot 3 (basic super plus nitrate of soda) —4 tons 9cwt 3qrs 10lbs. The increased yield of Plot 3 over the control plot, viz.; —2 tons 6cwt 2qr 171b was worth just about £l4 per acre, calculating the value of dried hay at the recent ruling price of £6 per ton. The cost of manures for Plot 2 was 16/- per acre; for Plot 3 the cost was 56/- per acre, and the net profit by manuring at current prices was £ll 4/- per acre. Does it pay to manure pastures? Consideration of the above result will answer the question so far as this Southland instance shows. On a pre-war basis, nitrate of soda cost £l6 per ton and basic super £4 15/- per ton, therefore the manures for Plot 3 would have cost 25/6 per acre, and even valuing the hay at only £2 10/- per ton, a net profit is deducible of about £4 11/- per acre. At no time is it more necessary to manure crops and pastures than when labour and (farm products are dear. The above comparison shows that even at the. current prices of manures, manuring of pastures is a worthy consideration. Mr Neas intends continuing the test this year.” Southland Times, 14 February 1920, P 7

Elizabeth died on 23 June 1943 at Waikiwi and Rudolph died on 9 August 1948 at Timaru.  They are buried at the St. John’s Cemetery in Invercargill.

Maria Elizabeth (Emma) Neas was born at Trzaskowice on 15 April 1865. Emma died of a heart disorder aboard the ship, P. Dallam Tower, before reaching New Zealand, on 14 March 1875 age 9.