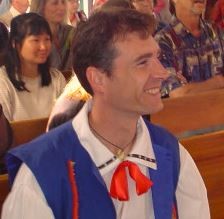 Paul is a descendant of first the Polish settlers who arrived in Port Chalmers, Dunedin on the 6th of December 1872.

He is a founding Member of the Polish Heritage of Otago & Southland and current Board Member. 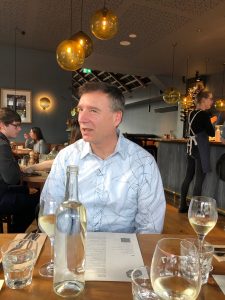 It is with huge pride POHOS announces that Paul Klemick has been awarded a QSM in the Queens Birthday Honours List 2022. 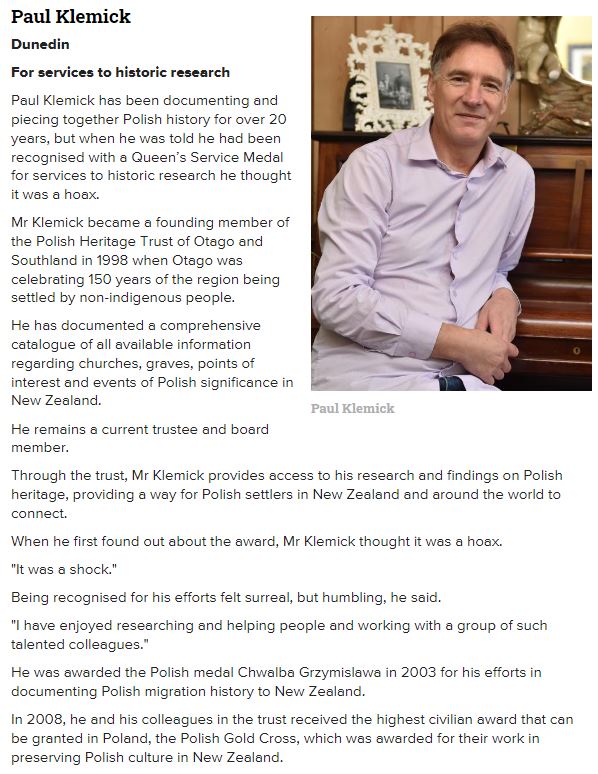 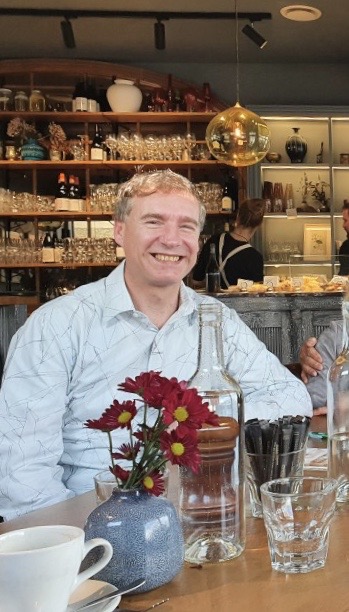 Paul Klemick, board member and a founding member of POHOS.

Paul was born and educated in Dunedin. He is a descendant of Anna and Maciej Klimek, who arrived in Lyttelton aboard the Gutenburg, as part of Vogel’s immigration scheme of the 1870s.

His interest in genealogy started at an early age, well before he became a founding member of the Polish Heritage Trust in 1998. Since becoming involved in the trust, Paul has taken on its historian and genealogist roles. He has been involved in researching for exhibitions, presentations, locating Polish births, and searching for Polish ancestral graves. He has organised bus trips for members of the trust to visit the homes and graves of their ancestors in Poland.

Paul has visited Poland three times. His first port of call was to research and document his own birth right and cultural data, which he documented as far back as the 17th century. His in-depth research of his and other families that left the Kociewian area for New Zealand in the 1870s formed the basis of the seminars “Smaki Kociewia” (Taste of Kociewie) that he presented at the opening of the Arts &amp; Crafts Exhibition in Gdansk There, he met the Marszalek (CEO) of the Pomeranian region, Mr Jan Kozlowski, and President (Mayor) of Gdansk, Mr Pawel Adamowicz.

In 2003, Paul was awarded the Polish medal Chwałba Grzymisława for his campaign to document the history of Polish migration to New Zealand from the Kociewian Region. In 2008, along with his colleagues Cecylia Klobukowska, Ludmiła Sakowski, Trish Clark and Russell Chiles, he was awarded the Polish Gold Cross of Merit for his considerable contribution in promoting Polish Heritage to the wider community.

In 2005, Paul hosted a tour in Europe for Polish descendants searching for their roots where he presented them with the opportunity to visit the villages of their ancestors. This was a thoroughly satisfying engagement worthy of the substantial effort expended by Paul.

Paul is currently researching and compiling a comprehensive history about the early Otago and Southland Polish immigrants. 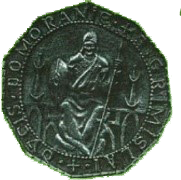 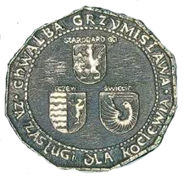 This is the most prestigious cultural award in Kociewie Region given to a person who has shown exceptional support for the region. It is only on rare occasion that it goes to a person from elsewhere and even rarer from abroad.

Here is what the Kociewie paper wrote about Paul:-  https://tczew.naszemiasto.pl/laureaci-chwalby-grzymislawa/ar/c13-5707701

In 2008, Paul was awarded the Polish Gold Cross of Merit

Established in 1923, the Cross of Merit is the highest civilian award in Poland, given to those rare few who go beyond the call of duty in their work for the country and society as a whole. 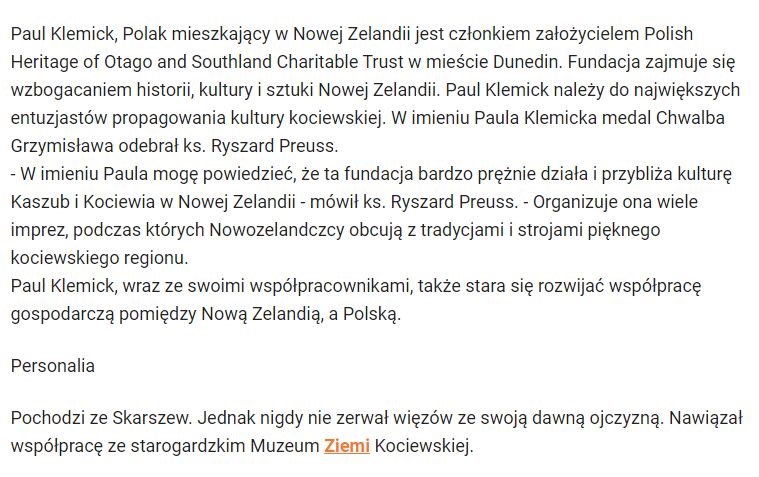 POHOS applauds Paul’s achievements, and would like to express our heartfelt gratitude for his tireless and meticulous work on our behalf.

The pages of this website reflect Paul’s extraordinary accomplishment in the field of genealogy and his skills in building family trees.