click on name or picture to go to Welnowski Family Tree 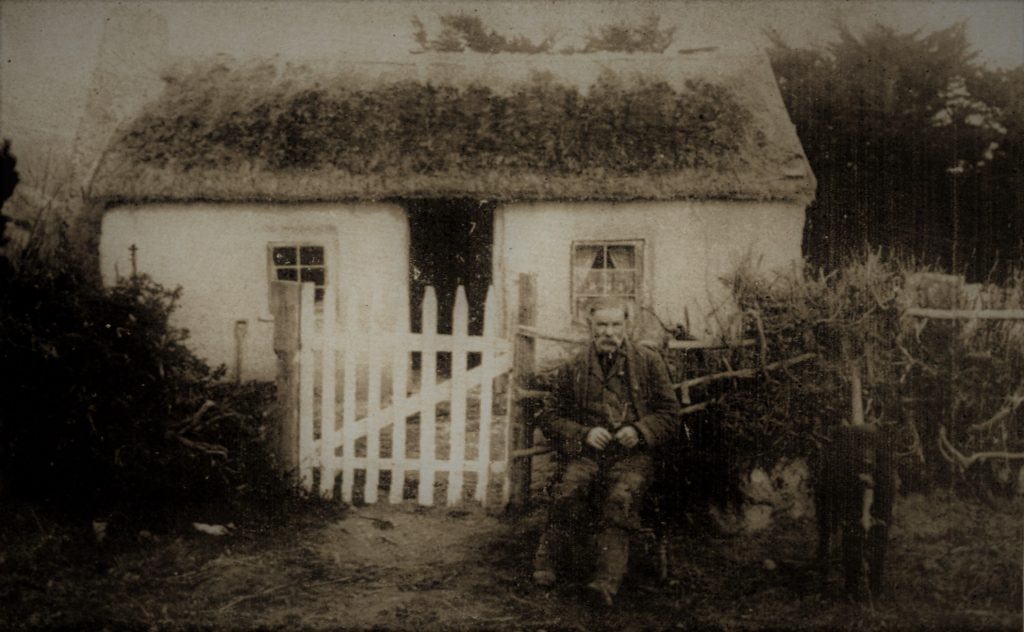 Joseph Welnoski at his cottage in Waihola, courtesy of “History of the Polish Settlers in New Zealand”

Listed aboard were: Joseph Welna age 35, Francisca 34, Johann 9, Joseph 8, Thomas 4 and Barbara 1. They were sent south to Scroggs Creek on contract work with Brogden and Sons to lay the southern railway through the Taieri. They soon moved to Waihola where they had their youngest, Anna (b. 1874–d. 1965). Joseph built the family cottage of sod on the corner of Nore and Beacon Street, where they both lived out their lives. Joseph and Francisca apparently never learned to speak English but spoke only in their native tongue. Joseph was naturalised as a New Zealand citizen on 14 April 1900 residing at Waihola. Francisca died at Waihola on 6 July 1906 aged 79 and Joseph died at Milton on 14 April 1910 aged 73. Both are buried at the Waihola Cemetery.

John Welnoski was born at Klonówka on 25 May 1860.  He had a musical talent and used to play the piano accordion at dances and parties. Apparently, he had a 50/50 share in the instrument, which caused a lot of strife, because every time John picked it up to play, his partner wanted it also. For as long as John left it alone his partner never touched it. Finally John’s patience gave out and he said to his partner “If you really want your B….Y half here it is” and so saying, he picked up an axe and rendered the accordion useless, but equally shared. John while residing at Waihola was employed as a labourer and was naturalised on 13 June 1887. He died a single man at Milton on 21 December 1901 aged 41 and is buried at the Fairfax Cemetery near Milton. 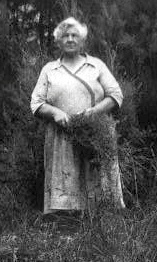 Joseph Welnoski was born at Klonówka on 10 June 1864.  After working for a time at Waihola he became a construction worker on the railway line in the Catlins, Clyde and on the Wingatui-Alexandra line. Joseph married in 1905 to Ivy Francis Batchelor. The family born at Taihape were: Reginald Joseph Thomas (b. 1906–d. 1995) and Ellen Augusta (b. 1909–d. 1910). Joseph died at Arapuni, South Waikato on 18 February 1935 aged 70 and is buried at the Putaruru Lawn Cemetery.

Thomas Welnoski was born at Klonówka on 16 December 1866.  At the age of 12 he started work on the farm of Mr. Todd of Waihola. He married on 10 October 1906 at St. Mary’s in Milton to Irish girl, Annie Bell Dysart (b. 1877–d. 1965), the daughter of William Dysart and Margaret McDevitt. At this time, he managed a farm for Mr. Chapman, a lawyer from Dunedin, at Waihola. He came to Riversdale from Milton in October of 1908 as one of the workmen on the Waikaia railway line arranged by Martin Klimeck. His wife at the time thought Riversdale a miserable place, and thought they would move as soon as the line was finished. However, they ended up spending the rest of their lives there. After the line was completed, Tom, a conscientious worker, spent his time in rabbit trapping during the winter, assisting farmers at lambing time in the spring, in the shearing shed and harvesting or fencing at other times. The family born at Clarendon were: John Francis (b. 1907–d. 1907), Mary Veronica (b. 1908–d. 1982), Margaret Frances (b. 1909–d. 1997), at Riversdale; Annie Imelda (b. 1911–d. 1992), Thomas Joseph (b. 1913–d. 1982) and William Patrick (b. 1915–d. 2004). Thomas was naturalised a New Zealand citizen on 30 November 1922 while residing at Riversdale.  Thomas died at Riversdale on 12 February 1951 aged 84 and Annabella died on 10 June 1965.  Both are buried at the Riversdale Cemetery. 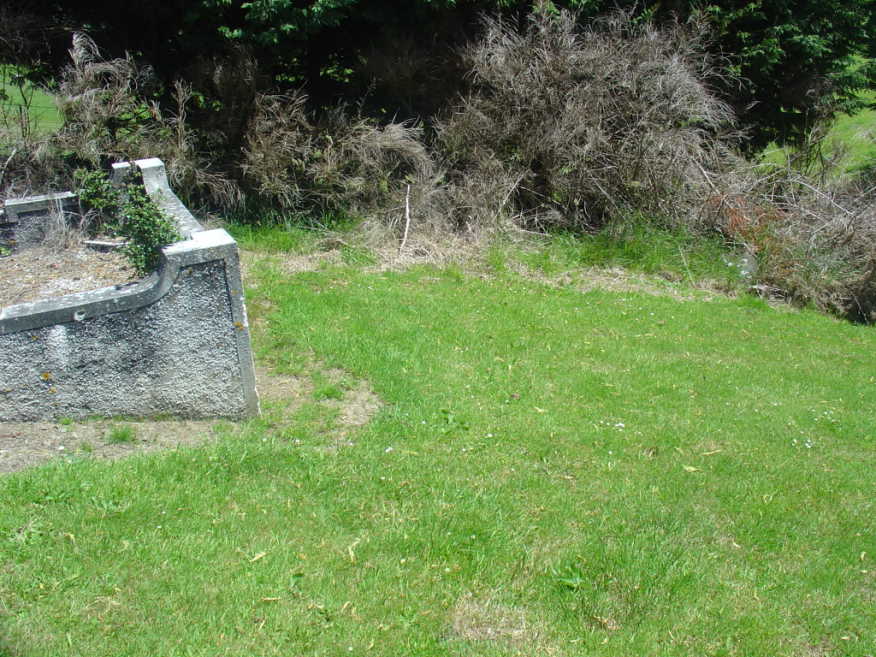 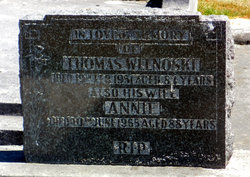