click on name or picture to go to Haftka Family Tree 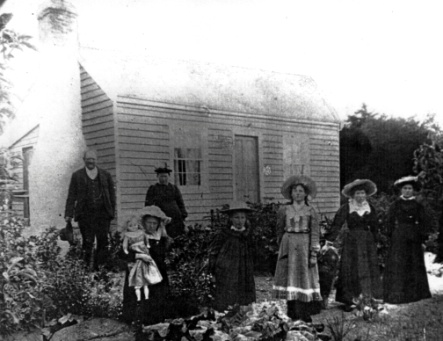 “An accident happened at Waikaka Valley on Saturday afternoon, to a young man named Halfka, son of a well -known resident. He was driving a reaper and binder, and, something going amiss with the fanners, got off his seat to adjust them. The horses took fright and bolted. Halfka was thrown down amongst the knives, and before the team was stopped he had sustained very severe wounds on one of his legs, between the knee and ankle, the cut penetrating to the bone. He was brought into Gore, where his injuries were attended to by Dr Warren. The young fellow will be laid aside for some time— unfortunately for him at the busy season.” Mataura Ensign, 19 February 1895, p 2

In 1896 the children were first day pupils at the Maitland school, previously attending Gordon School at East Gore. John in New Zealand, worked for a time as a farmer, worked on the Star dredge and carted coal. He was naturalised as a New Zealand citizen on 13 May 1902, a farmer in the Waikaka Valley. In 1914 the family sold their property on Newman Road to Elizabeth Olsen and purchased a neighbouring property on the south side of what was later named Olsen Road. The property remained in the Halfka family until their son, Joseph Halfka, sold to Mr. L. Symons in 1952. 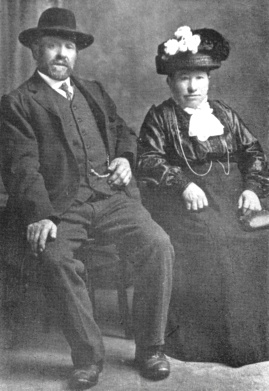 John and Frances Halfka, courtesy of History of the Polish Settlers in New Zealand

During the first world war, anti German sentiment in New Zealand was on the rise and many German residents were targeted and treated unfairly to the point of being incarcerated.  Many Poles who were targeted were forced to prove their identity.

“Waikouaiti County Council. Mr J. Halfka wrote that he desired it denied through the council that he was of German origin. He produced his birth certificate, showing that he was born at Gore, and his parents were born in Swarrache, Russia.—Cr Orbell said it was gratifying to know that the council had no Germans in its employ, as had been reported.—Cr McLeod said it had been common talk that this man was a German, and he had intended asking a question concerning this matter. It was pleasing to know that this report was unfounded.— The letter was received.”  Otago Daily Times, 01 December 1917, p 8

“From Mr J. Halfka, denying a report that he was a German, stating that his was a Polish name, and enclosing documentary proof of parentage.—Councilors said the rumor referred to had caused some feeling, but the letter showed that the council had not been employing a German.” Evening Star, 01 December 1917, p 2