click on name or picture to go to Piernicki Family Tree 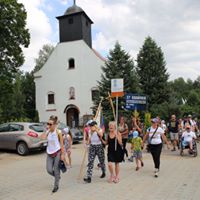 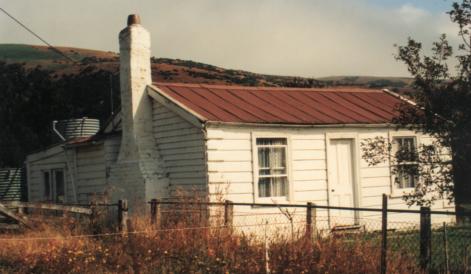 Piernicki cottage in Bardsey Street at Allanton in 1998, courtesy of Paul Klemick

According to the Otago Witness, Antoni sold his Pine Hill Farm, together with stock and implements, to Mr F. Graham in December of 1910.  Anton died at Allanton on 3 February 1914 aged 77 and Annie died in Dunedin on 12 June 1924 aged 87. Both are buried at the Southern Cemetery in Dunedin.

“A two-roomed wooden house and effects, belonging to Mr Frank Pernisky, were destroyed by fire on Thursday morning at Pine Hill. Mrs Pernisky states that she left the house about 10 o’clock to look after her cows, and had been away about half an hour when she heard her mother-in-law calling out “Fire!” and on hastening back found the place in flames. Mr Pernisky, who was cutting bush in the vicinity, returned to the house, but was unable to do any good. Mrs Annie Pernisky was the first to discover the fire, and states that the flames were then breaking through the side of the building near the chimney, which it is thought was faulty construction. The building was insured for £70 and the effects for £30 in the New Zealand office, but the estimated value of the property is £20 above these amounts.” Otago Witness, 6 July 1889

“Another fire tragically claimed the life of Margaret Nora; Margaret Perimystery, aged 17 months, died from severe burns received on May 6th. The mother was milking the cows at Pine Hill, and left the child in bed, where its nightdress caught fire.” Otago Witness, 18 May 1893 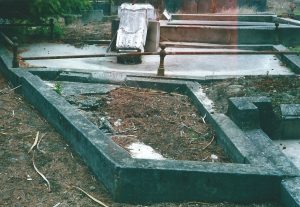 Anthony Lorenz Perniskie was born at Kłodawa on 06 August 1863.  It appears that Anthony never married and worked as a farm labourer.  He purchased the Pine Hill property from his brother Frank in 1890 and in 1910, sold the farm, together with stock and implements to Mr F. Graham.  He was later working as a farmer at Enfieid around 1915 with his brother John. Anthony died at Oamaru on 23 May 1932 aged 68 and is buried at the Oamaru Cemetery.

John Perniskie was born at Stanisławie on 30 May 1868. After farming with his brother Frank at Allanton he purchased fifty acres at Pine Hill, being sections 16 and 18 of Block 8 in the North Harbour and Blueskin district in August of 1897..  It appears he never married and worked as a farmer at Enfield around 1913.  John was naturalised as a New Zealand citizen on 11 July 1923. He died at Oamaru on 25 January 1925 aged 56 and is buried at the Southern Cemetery in Dunedin.

Valentine Perniskie was born at Stanisławie on 16 February 1873.  He worked as a labourer at Lumsden during the 1890s.  He married at the Sacred Heart Church in Timaru on 29 April 1903 to Mary Ellen McKenna (b. 1878 at Wodonga–d. 1951), the daughter of John McKenna (b. 1850–d. 1900) and Margaret Geaney (b. 1852–d. 1925). Here, Mary gave birth to their only daughter, Margaret Frances (b. 1904–d. 1924). Valentine worked as a police constable and was sworn in as a constable at the Christchurch Police Station on 19 October 1898 and at Oamaru in March of 1908.  His heroic and valant service can be read throughout New Zealand papers during his time in the police force.  He was known to be charitable and helpful and being unnecessarily hard on anyone.  In June of 1931, Valentine retired from the force and was given a farewell gathering in the Town Hall at Pleasant Point.  He died at Christchurch on 19 June 1966 aged 93 and is buried at the Memorial Park Cemetery.

“PLEASANT POINT. FAREWELL AND PRESENTATION. All roads seemed to lead to the Town Hall on Tuesday last, when Constable and Mrs Perniskie were given a farewell by residents of the district. The early part of the evening was spent in dancing and card-playing, the supper room being used lor progressive euchre. At about ten o’clock, Mr M. Maze, chairman of the Town Board, who presided, stated that he was very pleased to see such a large gathering, representative of the whole district, to bid farewell to Mr and Mrs Perniskie, who had been with them for over 22 years. As a police officer. Constable Perniskie had served his department faithfully and well, without being unnecessarily hard on anyone. Mrs Perniskie had given of her talents freely for concerts and other forms of raising money for local purposes. As there were several other speakers, he would not have a lot to say, but he wished Mr and Mrs Perniskie well in their retirement. As representative of the Town Board, he extended that body’s good wishes for a healthful and happy retirement. (Applause.)

Mr H. Friel, representing the business community, said he had always found Val Perniskie a good friend and citizen. In the course of his official duties, Constable Perniskie had always been charitable and helpful. He wished Mr and Mrs Perniskie well in their deserved retirement. (Applause.) The Rev. Fathers! Ainsworth and Bartley spoke more particularly of the departing friends as churchgoers. They had found Constable and Mrs Perniskie amongst the very best members of the church. Both were ever ready to give a helping hand in Church work. The well-behaved demeanour of the people, spoke volumes for the way in which Constable Perniskie had conducted his public duties. He had made the way easy for his successor, who would need to carry on in the popular Val’s footsteps, to be as well beloved by the people as he was. (Applause.)

Mr J. K. Jamieson, Tycho, spoke a few words of farewell on behalf of the farming community, who had always got along amicably and well with Constable Perniskie. He had not been an officer who had used a lot of red tape in the course of his duties. The overflowing gathering that night, conveyed more than any words could, the esteem in which Mr Perniskie and his wife were held by the whole district. He joined with all previous speakers in wishing their departing friends many years of happy retirement. (Applause.) Inspector Bird, who was introduced by the chairman, spoke of the esteem in which Constable Perniskie was held by the Department. Personally, he had known him for over thirty years. They had served on the “beat” in Timaru together in their early days in the force. The Department tok the view that under Constable Perniskie’s guidance, Pleasant Point had been one of the most law-abiding places In the whole charge. His successor would have a capital office to take over, thanks to the efficient work of Constable Perniskie, to whom he extended the best wishes of the Department, for many years of happy retirement for Mrs Perniskie and himself. (Applause.) As nearest neighbour, Mr J. Munro was asked to present to Mr and Mrs Perniskie a solid silver tea and coffee service, together with a case of pipes for Mr Perniskie.

Amidst hearty applause, Mr Munro asked Constable Perniskie to receive the presents. On behalf of the many subscribers, he assured Mr and Mrs Perniskie that they were leaving Pleasant Point with the best wishes of all the people of the district.

Constable Perniskie thanked the chairman, and all the speakers for the very kind things that had been said about Mrs Perniskie and himself. Indeed, he had never dreamt that the district had held so many well-wishers as were present that night. He paid a tribute to the excellent behaviour of the young fellows of the district. He was proud of the lot of them. He had watched, them grow from babies to manhood, and was proud to be in charge of a station which controlled such an excellent type of young fellow. Although he was leaving, he would continue to be interested in the doings of Pleasant Point, which would always hold for him, memories of a very happy association with all its citizens. On behalf of Mrs Perniskie he very sincerely thanked them for their presents, which she and himself would always cherish amongst their most exclusive possessions. He bespoke for his successor, the same help and friendliness with which he had always been blessed during his long term of office as their local constable. (Applause.) After a vote of thanks had been passed to the chairman, supper was served in relays in the supper room, which was kept busy until well after midnight, to cater for the large attendance present.” Timaru Herald, 9 June 1931, p 6 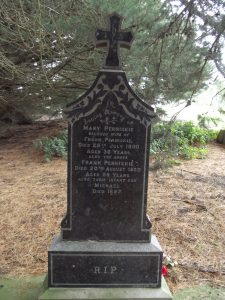 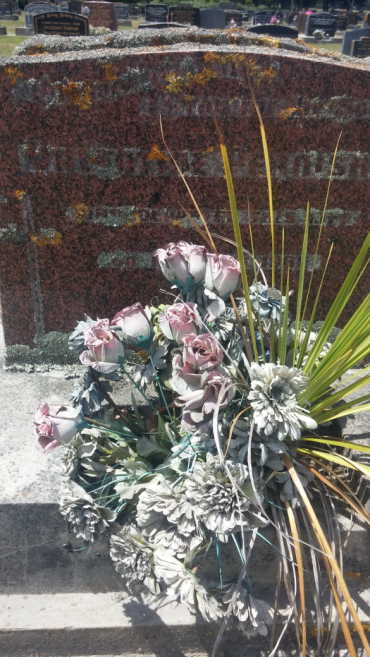