Polish Visitors and Settlers Prior to 1872

Towards the end of the 18th century the Polish-Lithuanian Commonwealth ceased to exist. From 1795 until 1918 Polish territory was partitioned and annexed thus becoming part of the Russian, Prussian and Austro-Hungarian Empires.  Poles were driven from their homeland suffering years of oppression. Victorious from the Franco Prussian War (1870-71), Bismarck was enabled to unite the Prussian States into modern day Germany and enforce upon the citizens German Law. Mistrust in the Papal saw Bismarck release a set of reforms to bring the Catholic Church to its knees, the church was seen as uniting the Polish people. Speaking or having any Polish contraband was illegal and any form of Polish education was abolished.  Catholic Priests were gaged on any political views at their sermons.  The ‘final straw’ was when conscription into the German army at the age of 13 became compulsory. 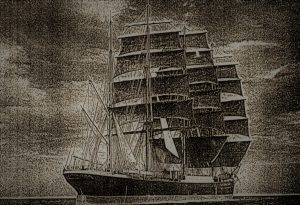 In 1870 in order to help New Zealand connect all its major cities, Julius Vogel sought to bring in immigrants from Europe with the skills to help build the infrastructure which required large areas of land development. German agents, employed by the New Zealand Government in the region, gave positive descriptions of the new colony as they were seeking settlers and labourers. Of course “Emigration was not favoured by Prussian authorities at this time. Mr Julius Matties who had lived at Hokitika and was a sponsor and promoter of immigration for the New Zealand Government, when visiting the country for the purpose of selecting farm workers, was imprisoned and died while in prison”. In spite of the danger many Poles were seeking the freedom they much desired for their children, they decided to risk it all and embark on a sea voyage of three months with the prospect of starting over again with literally very little. ”The bulk of these were from Pomerania, chiefly from the Polish regions of Mieszane, Kaszuby, Kociewie, Wielkopolska & Poznan”.

Polish Visitors And Settlers Prior To 1872

History of Polish visitors and settlers in New Zealand started exactly 100 years prior to 1872 with the arrival of Captain James Cook during his 1772 voyage aboard the Resolution.

Appointed as naturalists, they sailed with Captain Cook to New Zealand. During their journey they kept detailed diaries of everything they saw on the voyage and made extensive collections of both natural history specimens and artefacts. Based on his father’s journals, Georg (Jerzy) published “A voyage Round the World” in 1777.

(1830-1875) migrated to New Zealand in August 1862 aboard the Ring Dove, settled at Hokitika where he set up business as Cabinet Maker. He was more renowned for his work…

Born in 1802 in Warsaw, Poland. Alois took part in the Polish-Russian war of 1830-31 as an officer in the Polish National Army and after the end of the fighting,…