click on name or picture to go to Chajewski Family Tree at ancestry.com

Listed aboard were: Franz Chajewski age 44 and Louisa (Elisabeth) 60. They travelled to Waihola in the South Island and joined with family there.

A letter from Waihola to Mr. Collin Allen, the Immigration Officer in Dunedin states:

“Would you kindly make inquiries at the barracks whether good, one bundle bedding plus one box belonging to Franz Chajewski have been forwarded yet? Up to date they have not arrived.” Appendix to the Journals of House of Representatives, 1875

Sometime later they moved to Greytown (Allanton) where Frank died on 17 October 1883 aged 56 and is buried at the Southern Cemetery in Dunedin.

The whereabouts of Elisabeth is unknown but she may have migrated abroad with sons Jakob and August Wilhelm Gdaniec around the mid-1890s. 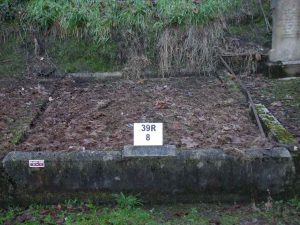