On behalf of the Board, I am pleased to present the Annual Report on activities of the Trust that took place during the last year. These activities benefited local and wider New Zealand communities in many ways while we were working steadily towards achieving the following Trust’s objectives:

To undertake a program of cultural and historical education with the broader community and to provide educational resources on the cultural, spiritual issues related to Polish heritage in New Zealand.

The Trust was invited to participate in visitor programs at Toitu, Otago Settlers Museum.  On Polonia Day, 2.05.2013 members of the Board: Ewa Rozecka Pollard, Carolina Meikle, Russell Chiles, Paul Klemick and I gave a very informative talk supported by a PowerPoint presentation about history of Polish emigration in the Community Galleries. The talk was well attended and enjoyed by the general public who also had a chance to visit Palmerston Poles display at the museum.

The trust was instrumental in organizing the Dunedin’s book launch of  “Alone” by Alina Suchanski held at the Toitu, Otago Settlers Museum on 9.06.2013. Alina who lives in Te Anau is the author of two books published in New Zealand and a director of a documentary film about history of Pahiatua Children. For her contribution to Polish community in New Zealand she was awarded Gold Cross of merit by the President of Poland in 2008.

In November we received an invitation from New Zealand Historic Places Trust and the Dunedin Fringe Arts Trust to participate in the heritage focusing Pecha Kucha evening. Our Board member, Paul Klemick gave a very well received talk titled  “Poles in Otago and Southland – Their Story” The event was held at Toitu, Otago Settlers Museum on 14.11.2014.

On 11.04.2013 on the invitation from Honorary Polish Consul for South Island, Winsome Dormer and in the presence of the Ambassador of the Republic of Poland, Beata Stoczynska and the Emirates Regional Manager New Zealand, Chris Lethbridge we attended a reception to celebrate 40 years of diplomatic relations between Poland and New Zealand and the launch of Emirates flights connecting Christchurch and Warsaw. The reception was held in the Atrium, Wigram Airforce Museum in Christchurch.

On Polish National Day, 3 May 2013, Polish Flag was flying from the Civic Centre Building in the Octagon in Dunedin. I had been invited to attend a civic function organized by the Polish Embassy to celebrate 40 years of diplomatic relationships between Poland and New Zealand at the Wellington Club. At the function I met with Polish Minister of Foreign Affairs, Mr. Radoslaw Sikorski and his wife, Anne Applebaum well known American journalist and author of many books on Central and Eastern Europe. There were only three of us from South Island; Winsome Dormer, our Honorary Polish Consul for South Island and Dorota Szymanska, President of Polish Association in Christchurch.

To develop and provide educational resources about Polish history and culture and make them available to the boarder community in New Zealand.

I gave a talk to Year 10 students at Columba College about economic system in Poland in April 2013 and taught Polish language to a student as a part of Duke of Edinburgh Award Scheme on a weekly basis after school.

To support Polish cultural, educational and historical research and publication in New Zealand or Poland.

In December 2013 Paul Klemick visited Poland and had the opportunity to celebrate white Christmas and New Year with a local historian and author, Stanley Frymark. During his stay he visited the regions of Kociewie and Kaszuby following his family’s journey. A visit to the Kociewie Region Museum in Starogard Gdanski emphasized a reassurance between Andrzej Blazynski and Paul Klemick regarding the publication of extensive research on the southern Polish settlers in New Zealand. Paul also visited villages and parishes connected with the Hoffman and Bungard families and also had the opportunity to visit the War Cemetery at Malbork where New Zealand Soldiers are buried.

To support the maintenance of historical properties of Polish heritage in New Zealand for the benefit of New Zealand.

Work in progress on preservation of the Historic Polish Church, Mary Queen of Peace and maintenance of the rose garden at Broad Bay on the Otago Peninsula: year around.

To encourage and support cultural, educational and economic links and exchanges between Poland and New Zealand.

In February 2014 we were very fortunate to host world known British historian and author, Prof Norman Davies and his wife Maria. Norman gave a lecture on Poland and Eastern front during WWI at Toitu, Otago Settlers Museum. After the lecture we all enjoyed dinner at Carey’s Bay Historic Hotel. Many thanks to Monika Wrukowska Gamble and Chris Gamble for looking after our guests and showing them Dunedin area.

To co-operate with and support other Polish organizations and communities in New Zealand.

I would like to acknowledge a wonderful support we received from Polish Embassy in Wellington and especially from Polish Ambassador, Beata Stoczynska and Polish Consul, Slawomir Stoczynski. Their efforts to strengthen and integrate Polish organizations in New Zealand, our Trust including are commendable.

We appreciate and value very highly our positive and constructive co-operation with newly appointed Honorary Polish Consul for South Island, Winsome Dormer of Christchurch. Winsome who grow up in South Otago and attended St Hilda’s Collegiate in Dunedin is a very southern woman and we welcome her very proudly as honorary member of the Trust. Winsome visited our community in January and in February she attended the Trust Board meeting.

This year the Trust became a founding member of a newly established Federation of Polish Organizations in New Zealand (FPONZ). Representatives of Polish organizations from Dunedin, Christchurch, Wellington, Hamilton and Auckland met and decided that there is an appropriate time to form a body independent of Australia to represent interests of Polish communities in New Zealand.  During two meetings representatives discussed ways of future co-operation, the federation’s aims and structure in Wellington in September 2013 and in Christchurch in February 2014. We are very pleased that our board member, Ewa Rozecka –Pollard was elected a vice-president of the Federation and we wish her all the best on that occasion.

To co-operate with and support other historic organizations and ethnic communities in New Zealand.

The Trust co-operates with the Dunedin Multiethnic Council and Waitaki Multicultural Council. On 29.03.2014 I attended the Race Unity Day held in Opera House in Oamaru and met newly appointed Race Relations Commissioner, Dame Susan Devoy, DNZM, CBE, a former world squash champion. The highlight of the event was “Polonez” dance performed by members of Polish community in Christchurch. Some of the dancers were wearing our costumes and they looked in them absolutely wonderful.  After the event we all were invited to Czesia Panek for a lovely cap of tea and further strengthening of friendship between Otago and Canterbury.

Otago Anniversary Day was celebrated with other local communities at a lovely function at the Dunedin Club on 23.03.2014

To encourage involvement of the broader community in the activities of the Trust.

To meet locals, eat lunch and have fun we held a picnic with sausage sizzle at Broad Bay in November 2013. Despite the rainy weather we all enjoy it.

On Tuesday 17th December 2013 Christmas Carol service was held at Mary Queen of Peace church at Broad Bay where members of Polish and Otago Peninsula communities sang together Christmas Carrols in English, Polish, Maori, Dutch, German and Spanish. The church was full, with some people standing at the back and children sitting on the floor near the Christmas tree. At the end of the service every family took a white dove, symbol of peace, handmade decoration by Czesia Panek from the Christmas Tree to hang on their own Christmas Tree at home. This was followed by a cup of tea and traditional New Zealand and Polish Christmas treats. We continue and support this wonderful tradition with an unforgettable local community atmosphere.

On 27th February 2014 we enjoyed Fat Thursday, a traditional Christian feast marking the last Thursday before Lent and eating “faworki” specially made for that occasion by Monika Wrukowska Gamble. Many thanks to Monika and Chris for their hospitability.

This year we started to meet informally for drinks on first Wednesday of the month.

To organize financial resources for activities of the Trust’s.

During the year we were involved with rising funds for our future projects. In June our members and friends were invited to participate in theatre outings to see “The Sunshine Boys” at the Playhouse Theatre. In November BBQ Raffle and in December Christmas Raffle were held. Many thanks to all involved.

In November, Board members and invited guests participated in a workshop “Poles Down South Strategic Plan 2014-15”.  We had identified our major stakeholders, discussed their needs and expectations and what we can do to satisfy them. It was a very productive meeting and I would like to thank Krzysztof Dzikiewicz for preparing and running it.

Next year we will be focusing on the following major events:

Mariusz Novostawski retired from the board as he and his family moved to Norway after living in New Zealand for 15 years. At the farewell function we thanked Mariusz and Ula for their great friendship and involvement with the Trust and we wished them and their daughters Emilia and Lidia all the best in the future in Northern Europe. John Roy Wojciechowski of Auckland, our foundation and long standing Board Member retired from the Board and became Honorary Member of the Trust. We are very happy to see Winsome Dormer, Honorary Polish Consul in South Island as our Honorary Member of the Trust

On behalf of the Board I would like to acknowledge all our families for their unquestionable support and understanding. Our sincere thanks go to our partners Lynette Chiles, Gemma Dzikiewicz, Wojciech Klobukowski, Chris Gamble, Keith Rozecki – Pollard, Corran Munro and Graham Bain.

My final vote of thanks goes to the current Trustees: Deputy Chairperson, Krzysztof Dzikiewicz; Secretary, Russell Chiles; Treasurer, Ewa Rozecka Pollard; Board members: Paul Klemick, Carolina Meikle, Anna McCreath Munro, Monika Wrukowska Gamble, Lisa Warrington. It has been an honor and privilege to be part of the Board dedicated to the Polish Heritage of Otago and Southland.

We look forward with confidence and optimism to the year 2014 – 15. 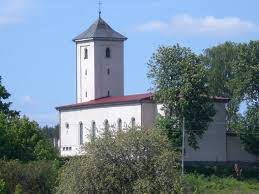