“Bluff, Sunday. Arrived: Albion Shipping Company’s ship Oamaru; 1310 tons. Stuart, master, from Glasgow, with 240 immigrants, all well. She was 79 days on the voyage. There was no infectious disease on the passage; but there were two deaths and three births. Sixty of the immigrants are for the Bluff, and the remainder for Dunedin.” New Zealand Times, 14 January 1878, p 2

“Sunday. ARRIVAL OF THE OAMARU. We have pleasure in reporting the arrival of the Albion Company’s fine ship Oamaru, commanded by Captain Stuart, her first master, and who has returned to his old love after running a voyage or two between London, Melbourne, and Sydney in the fine steamer Nemesis. The Oamaru has made a fine run of 79 days from port to port, and has brought 240 immigrants, all in good health. No infectious disease of any kind occurred during the passage. There were only two deaths, which were more than balanced by three births. Of the immigrants brought by the Oamaru there are seventy for the Bluff. The whole of them would not have been too many. We may add that the Oamaru has no cargo for this port, and hence will lie at the Heads to land passengers, and then proceed to Dunedin. Her passengers will probably be landed by the Oreti to-day. Messrs Houghton and Co.’s steamer Oreti, Captain Fraser, arrived at the Bluff yesterday from Riverton, after a stormy passage. Indeed much foul weather has fallen to the Oreti’s share on this her maiden trip, and therein she has been unfortunate in being debarred the opportunity of displaying her good travelling capabilities; She has however proved herself a first-class sea boat. The Oreti is to leave for Dunedin this (Monday) evening. Passengers may join her by the last train.” Southland Times, 14 January 1878, p 2

The ship “Oamaru” at Port Chalmers 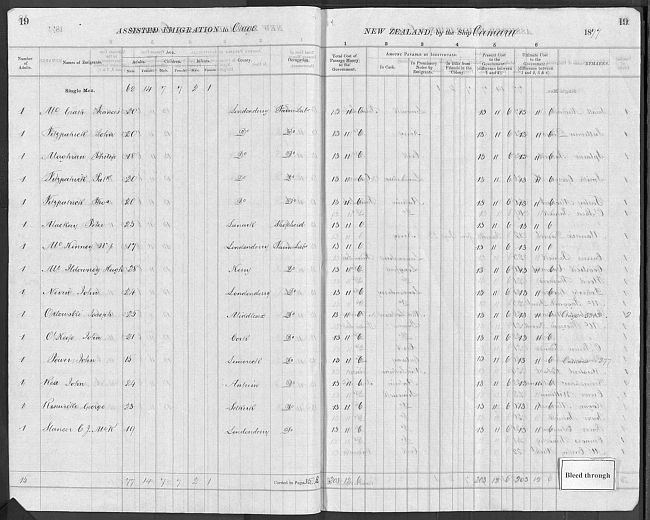