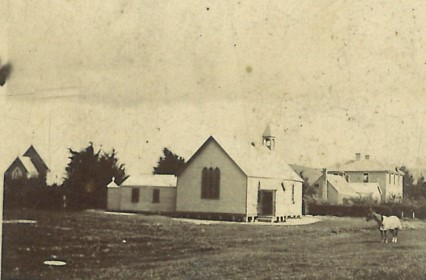 From the time of the Gabriel’s Gully rush until the appointment of Bishop Moran, Milton was visited by a priest from Lawrence.  About 1868 a wooden church was erected, which was replaced by a brick building in 1892; and a substantial brick presbytery was built in 1885. The Dominican nuns were introduced in 1891, and occupied what had been a private residence in the extensive grounds purchased for them, until a new brick convent was opened for them in 1901.

(From a Correspondent.) Milton, January 24, 1892. The ceremony of blessing and opening the new Roman Catholic schools and church at Milton took place to-day at 11 o’clock. The Most Rev. Dr Moran celebrated pontifical high mass and preached. The deacon and subdeacon were the Very Rev. P. O’Leary and the Rev. Father O’Donnell; master of the ceremonies, the Rev. P. Lynch ; and the assistant at the throne, the “Very Rev. Father Plunkett. There was a very large congregation, composed of persons from Milton, Dunedin, Mosgiel, Oamaru, Balclutha, and Kaitangata. The collection amounted to (pounds) 180, and the Rev. Father O’Neill announced that only a debt of (pounds) IOO remained unpaid. Bishop Moran, in his discourse, denounced the present Godless system of education and the monstrous injustice done to Catholics, who pay for the education of their own children while contributing to the education of other people’s children. A most efficient choir rendered the music of the mass, and seldom, if ever, have the people of Milton heard more excellent music. The Very Rev. F. Plunket preached in the evening to a very large congregation. Mr Hollick, of Milton, was architect and contractor of the building, which was much admired by all. The cost was about (pounds) 1100.”

“Wedding Bells. KREFT—MALEY. Quite a large crowd of people—ladies of course predominating assembled at St. Mary’s Church, Milton, at 8.30 on Easter Monday morning, the occasion of the meeting being the marriage of Mr Martin Kreft, youngest son of late John Kreft, Akatore, to Miss Ellen Maley, second daughter of the late Mr P. Maley, Clarksville. Nuptial Mass was celebrated, and the Rev. Father Howard performed the important and pleasant duty of tying the marriage knot, The bride was given away by her eldest brother, Mr Michael Maley. Miss Mary Maley, sister of the bride, acting as bridesmaid, and she was prettily attired for the occasion. The best man was Mr Joseph Kreft. Good wishes flew round like rice as Mr Kreft led his bride, charmingly, dressed in a dark blue costume, from the chapel, and the party and. their numerous friends were soon whirling along in carriages to Clarksville, where Mrs Maley had a sumptuous breakfast prepared. Then a drive to Clarendon, many vehicles being requisitioned, was the next feature, On the return to Milton Mr and Mrs Kreft entrained in the evening express for Dunedin, the locale chosen for the honeymoon. A dance was held at Mrs Maley’s in the evening, a large number of friends being present, The barn was well adapted tor a dance, and Mr J. Boyle as M.C. was the right man to keep things going as merrily as a marriage bell. Mr W. A. Lilburne supplied the music. A number of songs and other entertaining items were rendered, Mr and Mrs J. S. Fleming especially being prominent in promoting universal sociableness, The presents bestowed on the couple were many and valuable, and quite in keeping with the popularity with which they are held locally. With the chorus we join in wishing them “Long life, happiness, and prosperity.” Bruce Herald, 15 April 1909, p 5 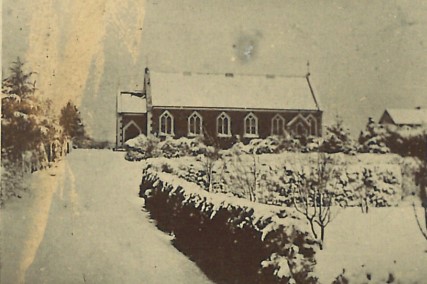 In November of 1908, a presentation was made to Miss E. Scanlan on the eve of her marriage to Mr J. McMurtrie, of Mangatoki, Taranaki.  Since childhood she had been the organist for the Roman Catholic Church at Milton and a farewell and Valedictory presentation was given at the St. Joseph’s Schoolroom in her honour.

“Roman Catholic Church. OPENING OF NEW BUILDINGS. NEW ALTAR AND PULPIT. ‘An interesting and important epoch in the history of Roman Catholicism in Milton parish which extends from Waihola to Owaka, and includes the boroughs of Milton, Kaitangata, and Balclutha—was celebrated yesterday,, when special dedicatory services were held to commemorate the opening of substantial additions to St. Mary’s Roman Catholic Church, Milton. These additions comprise the erection of a new sanctuary, nuns’ chapel, and vestry, which have been added to the southern portion of the church. The additions are built in brick, and the design harmonises with the general architecture. whilst they add greatly to the general effectiveness of the building for worship.

A large and ornate white marble altar has been presented to the church by Mrs Scanlan and family, in tribute to the memory of their husband and father, Mr James B, Scanlan, who during his life time was a prominent supporter of the church. The altar bears the modest inscription on a panel at the base: “In sacred memory of James B. Scanlan. R.I. P.”

A new pulpit has also been presented to the church by the congregation in memory of those ex members who have fought the good fight, and made the supreme sacrifice in the Empire’s cause. Their names are: James Hand, John Callanan, Patrick Scanlan, Patrick Stanislaus Curran, James Kane, Thomas Maley, Ernest Cooper.

The choir sang ” Gounod’s Mass in C,” whilst ” Ave Maria ” was sung during the offertory. The instrumental accompaniments were played by Miss Coleman (organ), Messrs J. Walsh, Jos. Powley and W. Kirby (violins). Rev. Father Howard (priest in charge of the parish) delivered a brief address, outlining the improvements which had been effected to the church property since he came to the parish ‘about ten years ago. During that period the sum of £I3OO had been spent on additions and renovations, in addition to which a great amount of gratuitous labor had been given in beautifying the church grounds. He sincerely thanked the congregation for their ever-generous liberality in support of the church funds. He also paid a tribute of praise to the excellent workmanship by the contractors, Messrs Arthur Littlejohn and Son, in the erection of the new buildings. The offertory amounted to £7O, including one donation of £10. four of £5, and ranging down to £1 and 10s. This generous response, coupled with outstanding promised donations, practically clears the church property of debt.

Special services were also conducted in the evening, the preacher being the Very Rev. Father Coffey.” Bruce Herald, 21 October 1918, p 5 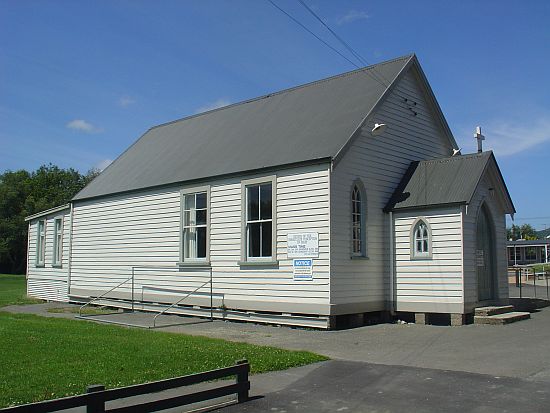 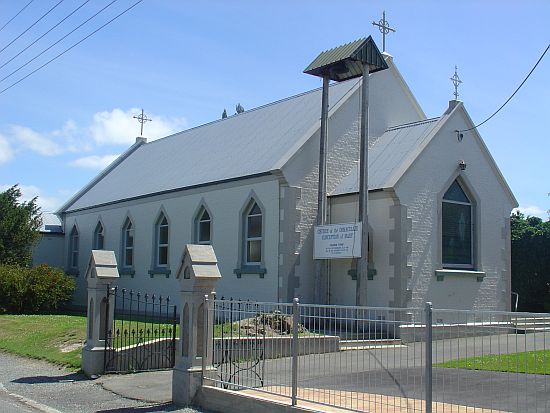