click on name or picture to go to Teike Family Tree at ancestry.com

KLIMEK (Pol) derived from (Eng) and (Dut) Clement. The name Clement achieved popularity firstly through having been borne by an early Saint who was a disciple of Saint Paul, and later because it was selected as a symbolic name by a number of Popes. Meaning: mild.

TEIKE possibly from Teich (Ger, Jew). Meaning: topograhic name for someone who lived by a pond or lake or one who came from Teich (low ground) in Germany. It is believed the family is of Prussian descent.

Listed aboard were: Friedr. W. Teike age 26, Mathilda 25, Francisca 3 and Franz 9 months.  They were sent south to Scroggs Creek on contract work with Brogden and Sons to lay the southern railway through the Taieri. While living on the Taieri, Matilda gave birth to John (b. 1874–d. 1874) and Anna (b. 1876–d. 1876). Frederick purchased section 19 and 20 of Block 12 in the settlement of Allanton on 1 June 1877. The family then moved to Waihola where two more children were born: Joseph (b. 1878–d. 1954), who was fostered out to the Annis family of Waihola, and Martha (b. 1880–d. 1911). In 1882. the family moved to Fairfield where Frederick worked at the brickworks. Here Matilda gave birth to Janet (b. 1882–d. 1980). Around 1884, the family moved to East Taieri (Riccarton), where Matilda purchased a house with half an-acre for the sum of £175 on irregular Block, part 36 of Riccarton township. A letter was sent to Frederick in New Zealand making him sole heir of the family property at Liniewko, most probably at the time of his widowed mother’s death in 1885. Frederick declined the offer as it would require him to return to Germany and have to deal with the German authorities and in doing so destroyed the letter. In 1885, Fred began working for the Walton Park Coal Co, where he was earning 7s a day as a miner. The family born at Riccarton (East Taieri) were: Martin (b. 1884–d. 1970), Louis (b. 1886–d. 1887) and Catherina (b. 1887–d. 1888). Unfortunately, by 1888, accumulated debt had forced them to sell their property in Riccarton.  It was agreed to sell the property to Mr Gamble for £150 and Fred declared bankruptcy on 23 December 1889. 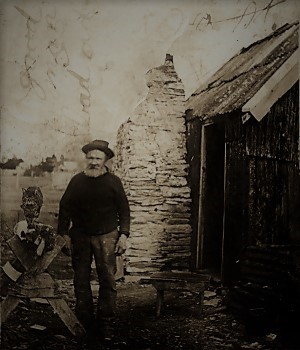 “MEETINGS OF CREDITORS. Re F, Tykey. A meeting of creditors in the estate of Frederick Tykey, of East Taieri, labourer, was held in the official assignee’s office on the afternoon of the 11th. Mr Weave appeared for the bankrupt, whose statement was as follows. —Liabilities: Unsecured creditors, £128 18s 8d. Assets: One cow, £41; furniture, £10; total, £14. Deficiency, £114 18s 8d. The creditors are as follow: John Williams, East Taieri, £47 4s; James Louden, Fairfield, £45 3s 2d; W. Hollands, Greytown, £1; — Duff, Outram, £3 11s 10d; Robert Finnie, Riccarton, £7; -William Cameron, Mosgiel, £3 2s 4d; — Harper, Mosgiel, £7; T McLean, Green Island, £5 19s 1d; Mrs W. Allen, Mosgiel, £4 4s; A. Wilson, Mosgiel, £2; J. F. Leary, Mosgiel, £2 14s. The Bankrupt, examined by the assignee, said that he had been working at Walton Park for the last three years at 7s a day, but he sometimes lost two days a week by bad weather. His wife bought a house and quarter-acre of land at Riccarton about four years ago for £175, paying for it out of the wages of two of the children who worked in the factory. The place was mortgaged to the Equitable Investment Society, to be paid off by monthly instalments, but none of bankrupt’s wages went to pay off the mortgage. The children lived with him; they were at the factory for about 12 months earning 10s a week each, but the boy had since gone to Melbourne. About a fortnight ago £110 was received by bankrupt’s wife from her brother in Melbourne, but this was sent back as the brother sent word that he wanted it for a contract. The assignee at this stage adjourned the meeting for a few minutes in order to go with the bankrupt to the bank and inquire as to the truth of this statement. On resuming, The Assignee said that on inquiring at the Colonial Bank he found that the bankrupt’s story was quite true. Bankrupt got a draft from Melbourne and sent back £99 odd to Clemack, from whom it had come. Bankrupt, continuing, said that the house had been sold to Mr Gamble, and the balance of the purchase money— about £20— was coming to his wife. The Assignee said it appeared to him that it was the bankrupt’s wife who ought to be examined. 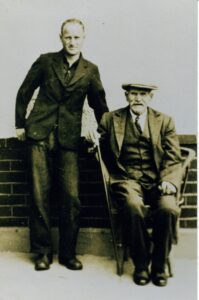 A Creditor remarked that it was very strange that Tykey could not keep out of debt on 7s a day. Mr Williams (another creditor) said that bankrupt had had some lodgers, to which Bankrupt replied that he had never got sixpence out of them. The Assignee thought that he had better give notice to Mr Webb (agent for Mr Gamble) not to pay over the £20 said to be coming to Mrs Tykey. This was agreed to; and it was also decided to examine Mrs Tykey, the meeting standing adjourned till next Wednesday. An adjourned meeting in the estate of F. Tykey, of East Taieri, was held on Wednesday afternoon. Mr Neave appeared for the debtor, and there were four creditors in attendance. The meeting had been called specially to examine Mrs Tykey, whose statement was in effect as follows: — She had no property now; she had sold it. It was a house and half an acre, which was sold to Mr Gamble. She gave £175 for it about four years and a-half ago. The money to buy this with had been borrowed from the Equitable Building Society. Mr Mackelskie (Mehalski) assisted her in obtaining this money. Part of the mortgage was paid off every month. This came from the wages of two children employed at the factory. One of the children made about 12s per week; the other 12s to 14s; but witness could not say exactly how much they earned. Witness kept the children and found them in clothes; the rest of their money went towards the house. At odd times, when she was hard up, witness got money from a brother in Victoria, Felix Clemack. When this brother was here, she told him that she could not pay for the house, and he replied that if she sent him the deeds he would pay up. He sent £110, but meanwhile she had sold the house to Mr Gamble, so the money was sent back all but £10. Witness had been keeping two children belonging to another brother who lived at Waihola. For doing this she got 5s per week and the use of a horse; her brother said that was all he could give her. This brother had been away 18 months, and occasionally sent money. Twice he had sent £5. Witness believed that Mr Gamble paid some money to her husband on account of the house; she got £6 out of it. She consented to the sale to Mr Gamble. There was £108 due to the society when she sold the house. The price Mr Gamble agreed to pay was £150. Witness had no money in the bank or anywhere. She sometimes got £2 17s and sometimes £3 from her husband in a fortnight. The Assignee remarked that morally there seemed to be little doubt that any money still coming from Mr Gamble should go to the creditors, but it would be for the lawyers to say whether this could be recovered. The family had been maintained at the expense of the creditors, and then Mrs Tykey set up an independent claim to what property there was. In answer to the assignee bankrupt said that he had given £10 to his solicitors, of which £4 only was his own money; the rest he had got from his wife. The Assignee said that the only thing he could do was to caution Mrs Tykey that if money was paid over, she must not part with it. Of course, if the creditors thought this the proper course they would have to provide him with means to sue her, and if there was a question of title to the land the case would have to go to the Supreme Court. The creditors present expressed the opinion that it would be unwise to pursue the case in the Supreme Court, but that action ought to be taken if it could be brought in the R.M. Court and there was a chance of success. It was agreed to send for Mr Solomon and ask for his advice in the matter. This was done, and Mr Solomon advising that there was no chance of succeeding the meeting broke up without passing any resolution.” Otago Witness, 19 October 1888, p 21

“IN MEMORIAM. TIKEY. —In loving memory of our dear mother, who died at Fairfield on February 22. 1921. How constantly we think of you, dear mother. With eyes and hearts that fill. The love we had for you in life In death is stronger still. Not dead to us that loved you dearly, Not lost, but gone before. You live with us in memory still, And will for evermore. —lnserted by her loving husband, sons, and daughters.” Otago Daily Times, 22 February 1927, p 8

Frederick was naturalised as a New Zealand citizen on 2 October 1929. He died at Ophir where his youngest son, Thomas Eric, had the Blacks Hotel on 20 August 1937 aged 89. He is buried at the Andersons Bay Cemetery in Dunedin. 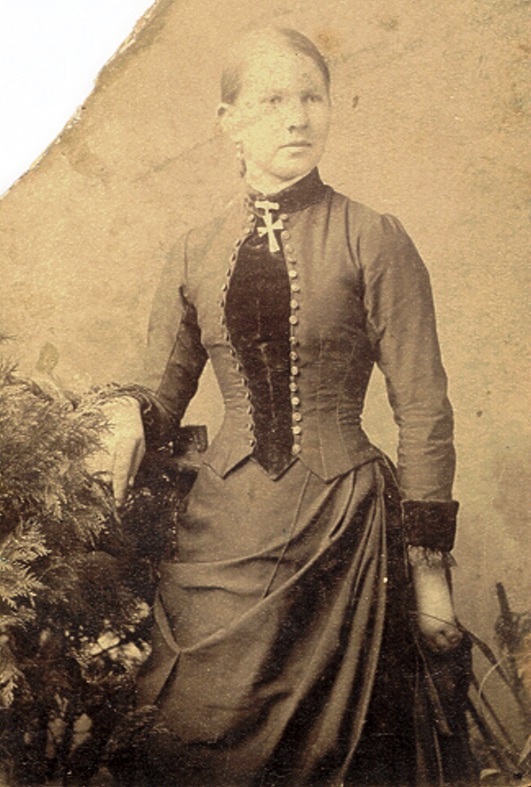 Francisca (Mary) Tikey was born at Liniewko on 26 August 1869.  While residing at Riccarton, Mary started work at the Mosgiel Woollen Mills in 1887, where she was earning around 12s a week to help with expenses at home. She married in a double wedding ceremony on 18 July 1894 at St. Mary’s in Mosgiel to Thomas Daniel Blaney (b. 1866 at Poraferry, Ireland–d. 1933), the son of Daniel Blaney (b. 1831) and Jane Emily Orr (b. 1850). They first lived on an orchard at Mosgiel until fire moved them to Fairfield. It is believed they lived at one time in the old Tikey house, across from the Walton School, then built a home further up from the Walton school. At Fairfield they had a son, Edward James (b. 1902–d. 1950). Tom worked for a time as a coalminer at Fairfield and Nightcaps in Southland. Mary was known as a great cook working for a hotel at one time. Mary and Tom moved to Port Chalmers where they resided with a Swede, Charlie Johanson, aboard the steamer Kaikoraia. Alongside, were two other steamers, which Tom was caretaker. During the second world war, both Tom, and son Ted as cabin boy, worked on the hospital ship Maheno. Mary died at Dunedin on 6 December 1956 aged 87 and is buried at the Port Chalmers Cemetery.

“NIGHTCAPS NOTES. News has been received of the death of Mr Frank Tikey, late of this town. He leaves a wife and six children.” Western Star, 26 September 1919, p 4

“IN MEMORIAM. TIKEY.—In loving memory of my dear husband, who passed away at Dunedin on September 15, 1919, Frank, beloved husband of Annie Tikey; aged 10 years. Deeply mourned and sadly misled. Wo do not forget him— We loved him too dearly, For his memory to fade from our lives like a dream; Our lips need not speak when our hearts mourn sincerely. For grief often dwells where it seldom is seen. —Inserted by Annie Tikey.” Otago Daily Times, 20 September 1920, p 4 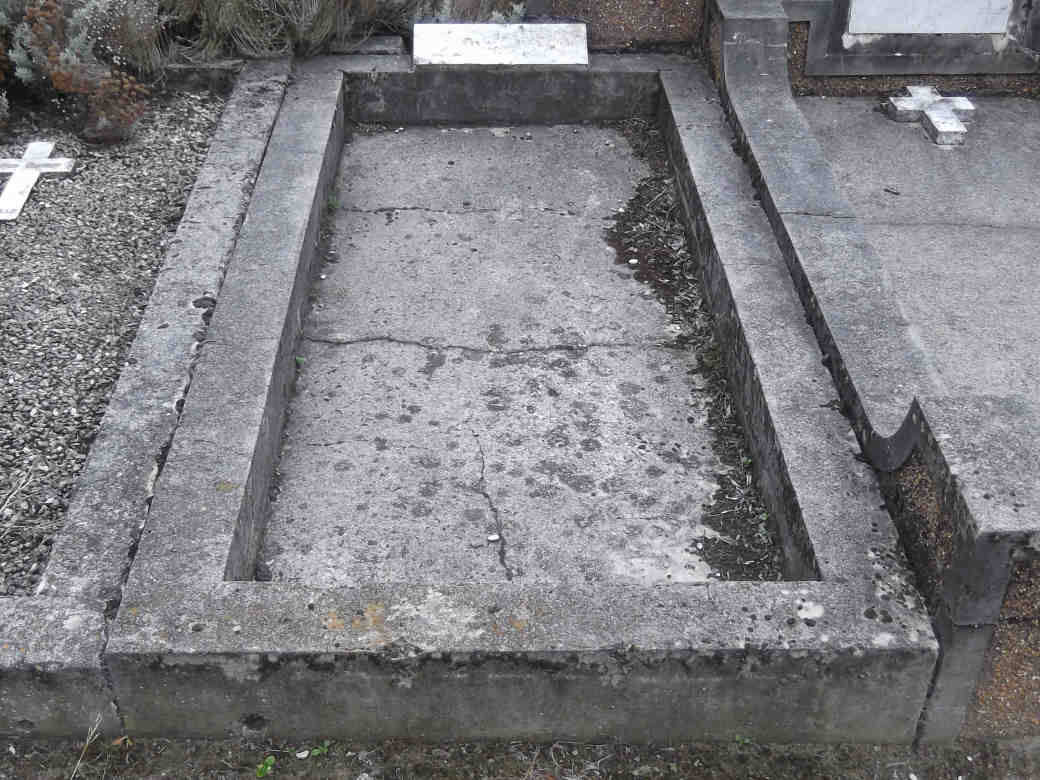 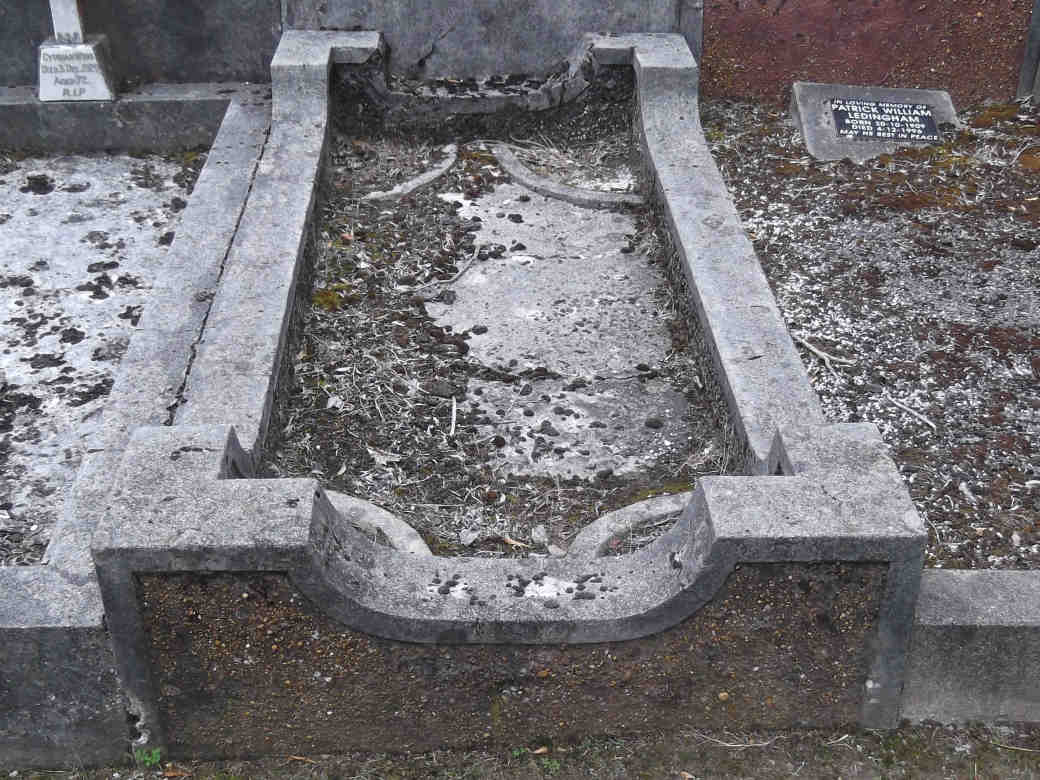 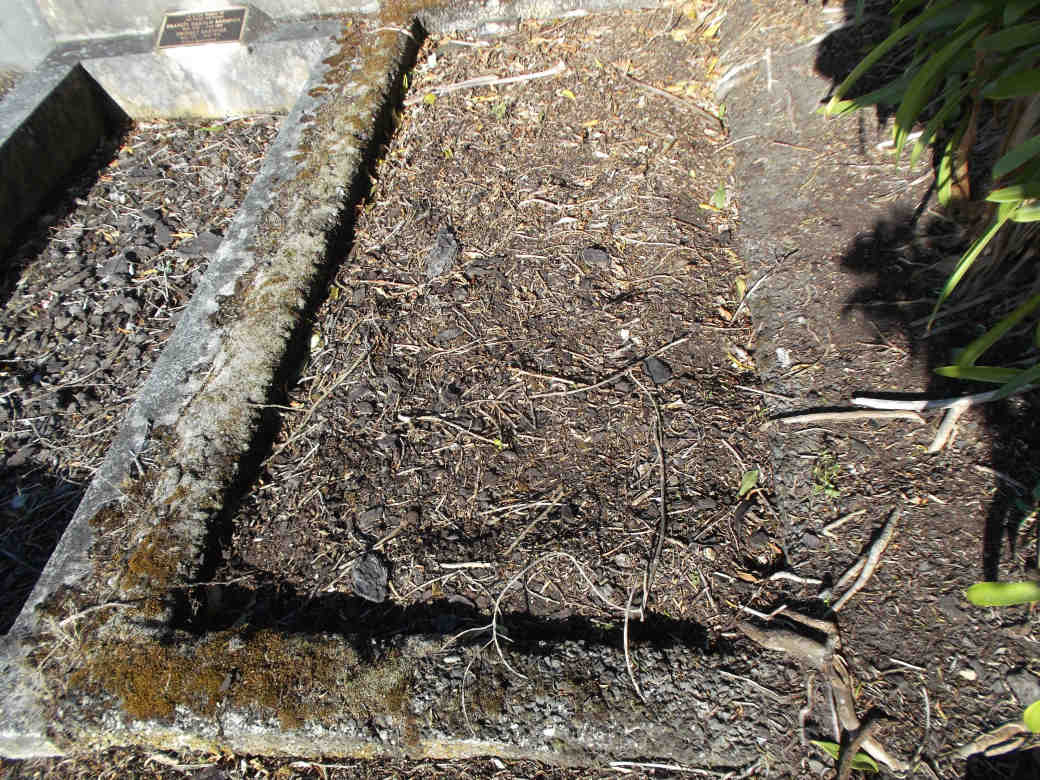