“ARRIVAL OF THE EARL OF ZETLAND. This forenoon the signals at the Heads announced the arrival of Messrs Shaw, Savill, and Co ‘s fine ship Earl of Zetland, after a good passage of seventy seven days from London. The tug Geelong immediately got up steam and proceeded down, but on account of its being ebb tide she did not tow the ship up to her anchorage until 2 this afternoon, when the Customs, Health, and Immigration Officers proceeded alongside, and the answers to the usual questions being satisfactory, they proceeded on board, and, after inspecting her accommodation, cleared the vessel. The Earl of Zetland is a fine vessel of 1,461 tons register, and besides a large cargo she brings six saloon, five second and third class passengers, and 267 Government immigrants. The immigrants are under the charge of Dr Cunningham, and have enjoyed good health during the passage. There has only been one death , that of a child named Mary Blair, and there were five births. The Earl left Gravesend on the 16th of March with a N.E. wind, and took her final departure from Start Point, on the 18th; the N.E. winds continued until reaching 3 S.; passed the Island of Madeira on the 23rd, and crossed the Equator on the 5th April in 22.17; had light winds to the S.E. trades, which were caught on the 11th in 5.33 S., and were carried to the 15th, in lat. 18; passed Tristan D’Acunha, on the 24th, and the meridian of Greenwich on the 30th, in 39.36; thence had light north winds to the Cape, which was passed on the 4th May; she then got the westerlies, and ran down her casting in 46; on the 9th of May she encountered a heavy south-west gale, with terrific sea, during which she carried away three of her topsails: the gale lasted for twelve hours. Thence had strong southerly winds until making the Snares on the 31st; had light variable winds along the coast, and arrived off the Heads at two o’clock this morning.” Evening Star, 3 June 1875, p 3

“IMMIGRATION. The Earl of Zetland, which arrived at the Heads this morning from London after a remarkably fine passage of seventy-eight days, brings 330 immigrants classified according to nationality thus English, 48; Scotch, 41; Irish, 136 ; Welsh, 2; German, 3. The following is a list of the trades and occupations; Colliers, 2; farm laborers, 40; gardener, 1; general laborers, 37; miners, 6; navvies, 2; ploughmen, 10; dairyman, 1; shepherd, 1; carpenters; 5; joiners, 2; sawyers, 2; wheelwrights, 2; engineer, 1; blacksmith, 1; sawmaker, 1; smiths, 5; bricklayers, 2; masons, 2; stone-dresser, 1; boot and shoe maker; 6; leather-dressers, 2; carters, 2; constable, 1; flaxmill manager, 1; grocer, 1; painter, 1; plumber, 1; printers, 2; tailors, 2. Single Women: Dairymaids, 6; dressmaker, 1; general servants, 15; housemaids, 3; laundresses, 2; nurses, 2. Summary—England, 50 males, 8 females; Scotland, 18 males, 6 females; Ireland, 73 males, 15 females; Wales, 2 males; Germany, 1 male. There are at present only two males, one female, and three children on rations in the Caversham Depot; and every preparation has been made for the receipt of the immigrants by this ship. But very few applications for servants have, however, been received at Caversham, the boat arriving some days before she was expected.” Evening Star, 3 June 1875, p 2

“The immigrants by the Earl of Zetland were open for engagement at the Caversham Depot to-day, and those who were engaged found employment at the following rates: Single girls: Four at L3O, three at L 26, one at 13s per week, and one at 7s per week. The single girls were engaged in a very short time, and several persons were unable to obtain servants. One married couple—the man as ploughman, the woman to do housework—was employed at L5O per year; and of the single men three were engaged at L55 and one at L52 per year—all as ploughmen.” Evening Star, 7 June 1875, p 2

DUNEDIN LABOR EXCHANGE. Mr Skene writes, under date June 14, as follows:— The market is well stocked with servants of all sorts at present. Suitable single men and women get easily placed but it is a harder job for married people to get situated. Upon the whole, the “Earl of Zetland’s” people will do, but a good many of them are past the prime of life. Girls are invariably bespoke at the Barracks.  Almost the same employers are found on the look out at the Barracks on the arrival of a ship. The opening of the railway will, however, put a complete stop to Dunedin enjoying the pick and choice. Indoor trades are still active. Tailors and shoemakers seem well pleased. The building trade is now much interrupted by the winter. Wages.— Gardeners and handy men, by the year, £70; cooks, grooms, barmen, &c, from 25s to 60s per week; carpenters, 103 and 12s per day; shepherds and ploughmen, £60 to £65; couples, £65 to £90, a decided difference between old and new arrivals; house girls, £26 to £40; hotel do, from £36 to £52; housekeepers and cooks, 20s to 30s per week; boys and girls, 6s to 15s per week; shop and office hands very quiet at present; day laborers, 1s, 1s 3d, and 1s 6d per hour.” Bruce Herald, 22 June 1875, p 5 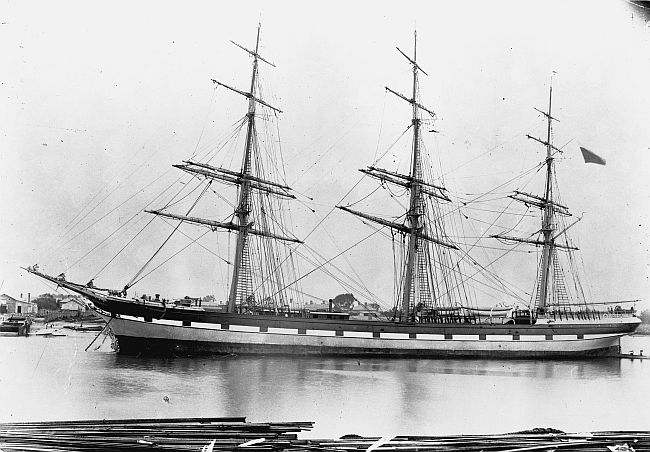 The ship “Earl of Zetland” 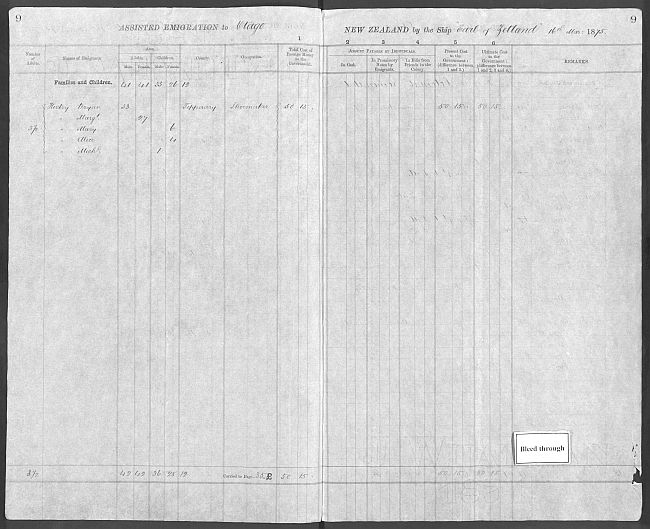