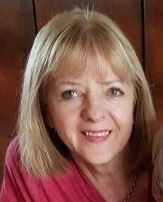 Born in Warsaw, Poland
Graduated with Masters Law Degree from Warsaw University and attended postgraduate studies in Journalism. Moved to London in 1970 where she changed her direction and qualified as an Accountant.
In 1992 she went back to Poland as a consultant to a large private company with the strict brief: computerisation.
After 18 months and her initial job completed Ewa opened a Polish office specializing in implementing accounting systems. The Polish office’s blue chip clients included Wella Hair Care, Reebok Poland, United Distillers, United Biscuits, Mobil Oil, BMG, Allen & Overy, and the British Know How Fund just to name a few.

Within weeks of her arrival in Dunedin she discovered POHOS and became a member and then treasurer and Chairperson.
In 2016 she was awarded the Gold Cross of Merit for her contribution to promoting and preserving Polish Heritage.

Father, Aleksander Rozecki – before the war studied International Law in Exeter University in UK, was for 4 years a POW in Germany, freed he joined the British Army, returning to Poland in 1946.
Polish Bridge Champion for over 10 years, founder and editor of Bridge Magazine.
Represented Poland in 60th & 70th in Sport Bridge tournaments.