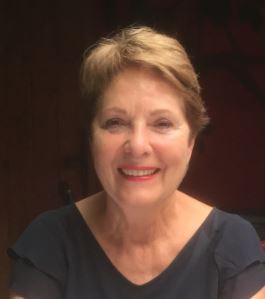 Anna was born to Polish parents in Scotland. Irena from Zakopane in the Tatra Mountain region in South Western Poland and Wojciech from Zamosc, South Eastern Poland, left Poland in 1945 and travelled to Scotland, where they both studied – English and Landscape Architecture.  After the birth of my sister Irene, the family travelled to Canada in 1952, where my brother Christopher and sisters Barbara and Eva were born.

I have lived most of my life in Canada, and most of my working life has been there, after graduating in business and economics. I have worked in various fields, from a law firm to a volunteer in a children’s hospital to a uranium mining company, but I have always pursued my love of the arts, a passion which I came by honestly through my parents and their heritage.

I moved to New Zealand permanently in 2001.  The Otago Polytechnic, where I received my Bachelor of Fine Arts in 2005, in ceramics, was my ticket to remaining in New Zealand.

I met Russell Chiles, the Secretary for the Polish Heritage Trust and was invited to be a member of the Trust, in 2012.  My association with the Trust piqued my interest in my heritage to the extent that my husband and I finally made our first trip to Poland in search of relatives in 2015. I discovered three second cousins in Warsaw and Poznan.  We have made two additional trips travelling to places where my parents lived and worked before the war, having visited their birth towns during our 2015 visit.

After Russell’s passing in November of 2015 I was appointed Secretary of the Polish Trust.