The Polish Heritage of Otago and Southland Charitable Trust (POHOS)

Chairperson’s Report for the Period Ending 31st of March 2020

On behalf of the Board, I am pleased to present my Annual Report on the activities of the Trust which took place during the last 12 months. These activities benefited the local and wider New Zealand communities in many ways, while we were working steadily, towards focusing on our Trust’s objectives, specifically:

This year the following events took place:
April – May 2019

POHOS celebrated 120 years of the Historic Polish Church build in Waihola in 1899.

The Church originally named after St.Hyacinth was consecrated on April16, 1899. The original parishioners and builders of the church were Polish settlers. It was moved from Waihola to its present location in Broad Bay on the Otago Peninsula after a decision from the Catholic diocese, and renamed Mary Queen of Peace Church in 1848. 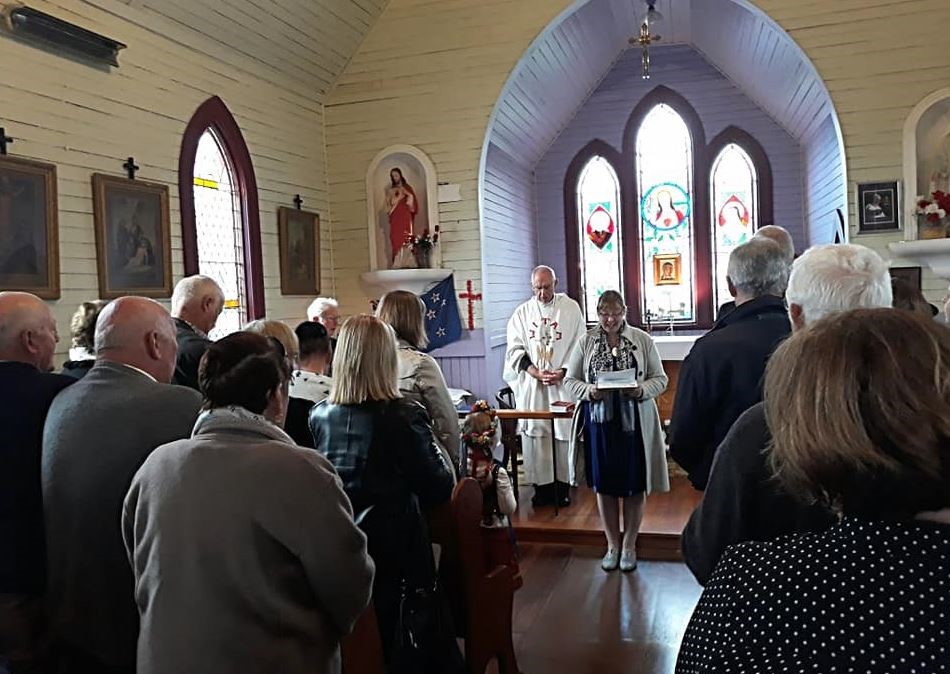 Our historian, Paul Klemick presented the history of the church and its relocation from Waihola to Broad Bay. As a sign of remembrance of the first Polish settlers to Otago, he gifted a painting on glass by a Kociewian artist, the very area from which the Polish settlers came

Easter Sunday Mass and the 120th anniversary of St.Hyacinth coincided this year. The birthday mass was officiated by the newly ordained Dunedin Diocese’s Bishop, the Most Reverend Michael Dolley. Honorary Polish Consul for the South Island, Winsome Dormer from Christchurch and Dunedin Councillor Christine Garey were amongst numerous attendees. 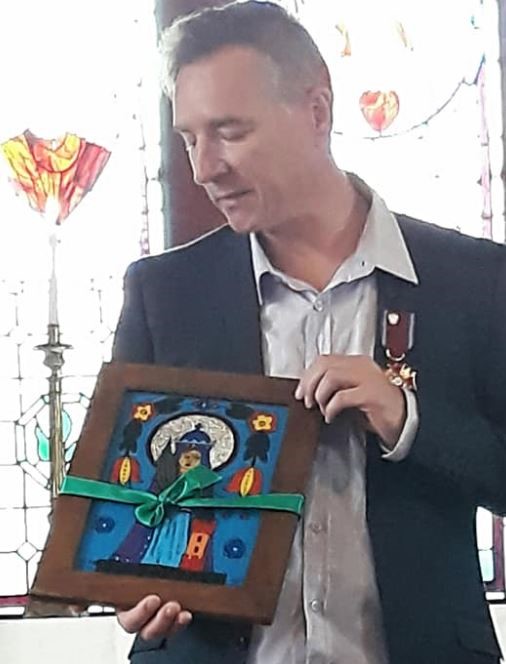 Easter Mass was followed not only by traditional tea with Polish Easter “Mazurki”, but also we would never miss an opportunity to celebrate with an appropriate cake. 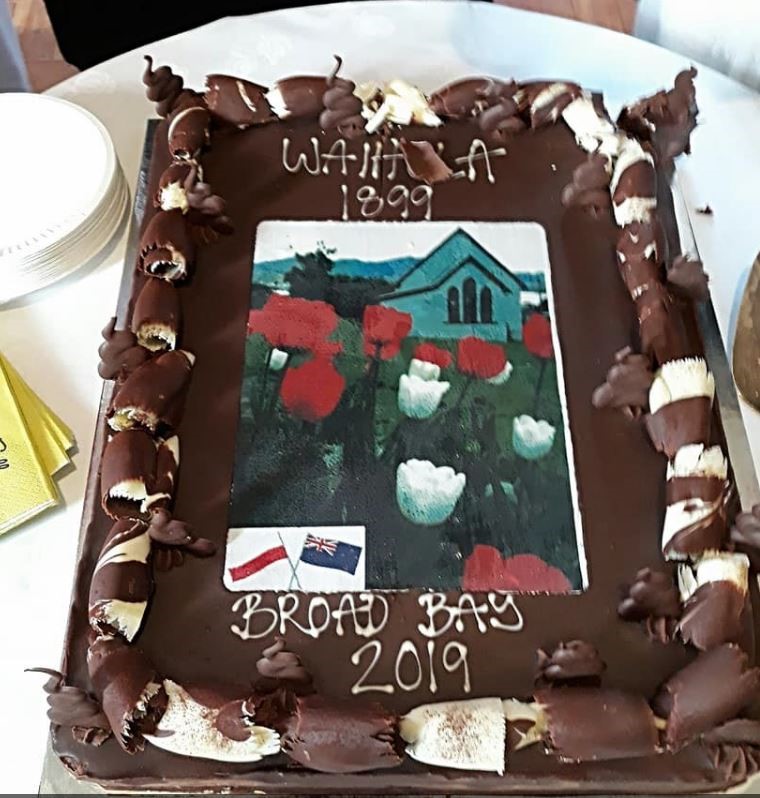 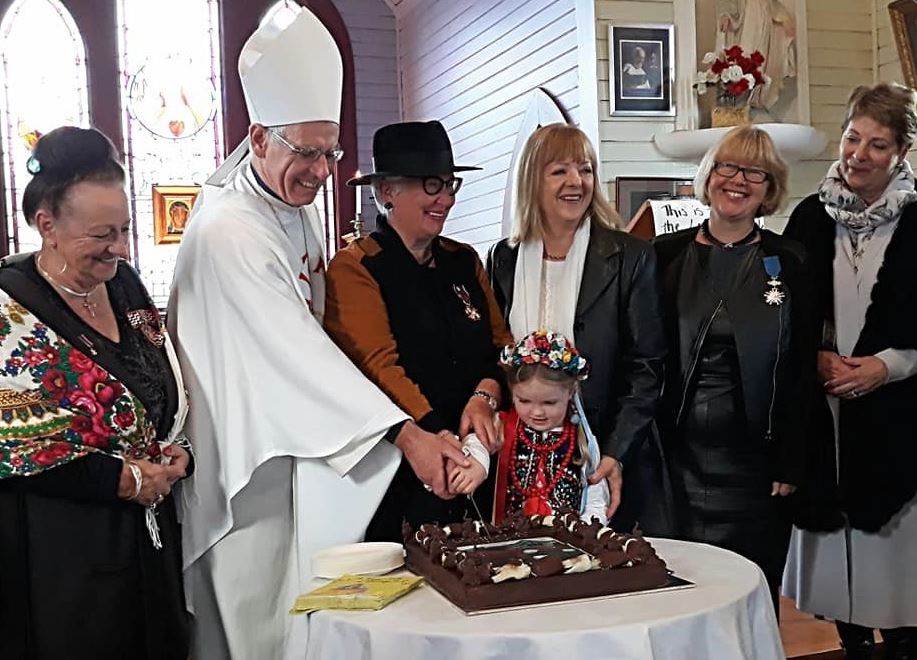 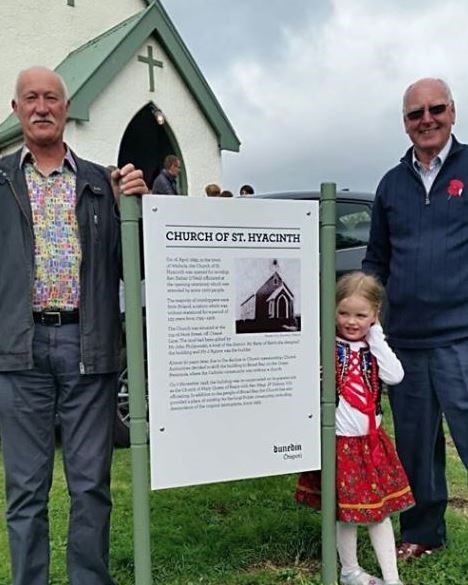 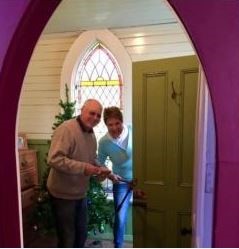 Behind the scenes Board Members with their helpers where working on repairs on the back of the Church. The back doors were overhauled and new locks were fitted. At the front a new board, explaining the history of Mary Queen of Peace Church, was installed. It was not an easy task as the polls had to be dug in and secured.

3th of May, Polish National Day

The Constitution of 3 May 1791 for the Polish-Lithuanian Commonwealth combined a monarchic republic with a clear division of executive, legislative and judiciary powers. It is generally considered Europe’s first, and the world’s second, modern national constitution, after the United States Constitution that had come into force in 1789. Constitution sought to implement a more effective constitutional monarchy, introduce political equality between townspeople and nobility, placed the peasants under protection of the government, mitigating the worst abuses of serfdom. It banned pernicious institutions such as liberum veto. Unfortunately it was in force for less than 19 months as its reformative and progressive thinking fell foul of the Commonwealth’s neighbours. King Frederick William II broke Prussia’s alliance with the Polish-Lithuanian Commonwealth and joined forces with Catherine the Great’s Imperial Russia to defeat the Commonwealth in the Polish-Russian War of 1972. This lead to the Second Partition of Poland followed by the Third in 1795 when Poland lost independence for 123 years. 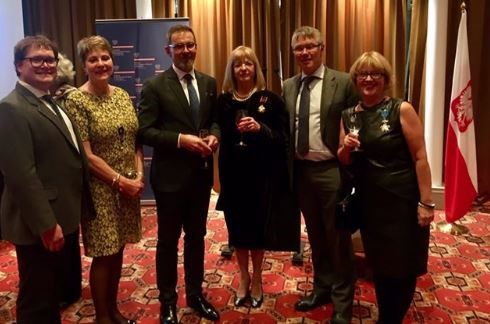 Poland has been a member state of the European Union since 1 May 2004. The actual process of integrating Poland into the EU began with Poland’s application for membership in 1994. Poland worked very hard to turn around the economy, tighten up its post communist rules and regulations in line with EU requirements. I just give you a couple examples:

After officially joining the EU in 2004 Poland never looked back. According to the survey conducted in March 2014 the Polish presence in the European Union was supported by 89% of Poles. For Poland and many other Central-Eastern European countries joining European Union was a significant step in moving from the shadow of the Iron Curtain to the standard of the Western Europe.

To celebrate the 15th Anniversary of Poland joining the European Union POHOS financed and supported by the European Union in New Zealand and the Polish Embassy in Wellington organised an ESSAY COMPETITION for Senior High School Students in Otago & Southland (year 11 to 13). The competition presented the perfect opportunity for students interested in politics, diplomacy, government policy, and international development, etc. 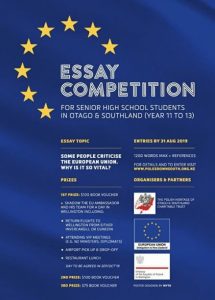 The Essay Competition was the idea of Krzysztof Dzikiewicz and he was singularly in charge of its organisation starting from liaison with the EU Delegation, designing posters, finding the right contacts to reach dozens of schools, taking part in lectures and meetings between students and EU Delegates.

A special page on the PolesDownSouth website was created which further detailed information about the competition.

In response a stack of high quality essays were received.
Thank you Lisa Warrington for reading the presented material and preparing recommendations to the panel of judges.

The panel of judges chose five winners from three different schools, from Dunedin, Invercagill and Queenstown. The following prizes were awarded sponsored by the EU Commission, the Polish Embassy and POHOS: 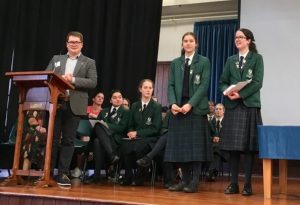 Krzyszfor Dzikiewicz presented the prizes to Sophie and Abbey (pictured on the right) in Columba College.

Krzysztof, thank you and everybody else involved in this successful project.

The “Women of Independence” Exhibition was officially opened on November 11th exactly on Polish National Independence Day commemorating the anniversary of the restoration of sovereignty in Poland after 123 years of partitions.

The Exhibition, “Women of Independence” (“Kobiety Niepodleglosci”) illustrates the magnitude of the changes in the social role of women during the Polish fight for independence over the last 200 years. 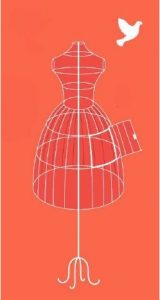 The social roles of women in the 18th & 19th centuries were closely focused around the home and the family. The loss of independence and the subsequent period of wars and national insurrections violated this traditional role division. Some women decided to take an active part in the struggle for independence and later in the suffrage movement.

Our exhibitions always feature two stories the Polish and the New Zealand version of things and this year alongside the brave and outstanding Polish women we learn about New Zealand’s suffrage movement, from the display supplied to us by Heritage New Zealand, Pouhere Taonga Otago-Southland Area Office.

Here are just a few examples from our display:

Emilia Plater – participant in the 1830 uprising. Having disguised her gender, she headed a fighting squad in present-day Lithuania
Eliza Orzeszkowa – the writer exposing womens plight.
Maria Skodowska-Curie – recipient of 2 Nobel prizes and first female professor at the Sorbonne
Anna Tomaszewicz-Dobrska – first Polish woman to obtain a medical diploma
Janina Lewandowska – a pilot and lieutenant in the Polish army, captured by the Soviets and shot in the Katyn Forest massacre in April 1940.
Irena Sandler – worked in the Warsaw City Hall together with the support of her staff she managed to illegally move over 2 thousand Jewish children from the ghetto.
Anna Walentynowicz – a forewoman in the Gdansk Shipyard, in the 1980s she was tried and was imprisoned for her opposition activities.

The Exhibition was officially opened by Dunedin Deputy Mayor Christine Garey and Anna McCreath Munro read a speech on behalf of the Polish Ambassador.

The venue met with a very positive reception and enjoyed a steady stream of visitors during the week. 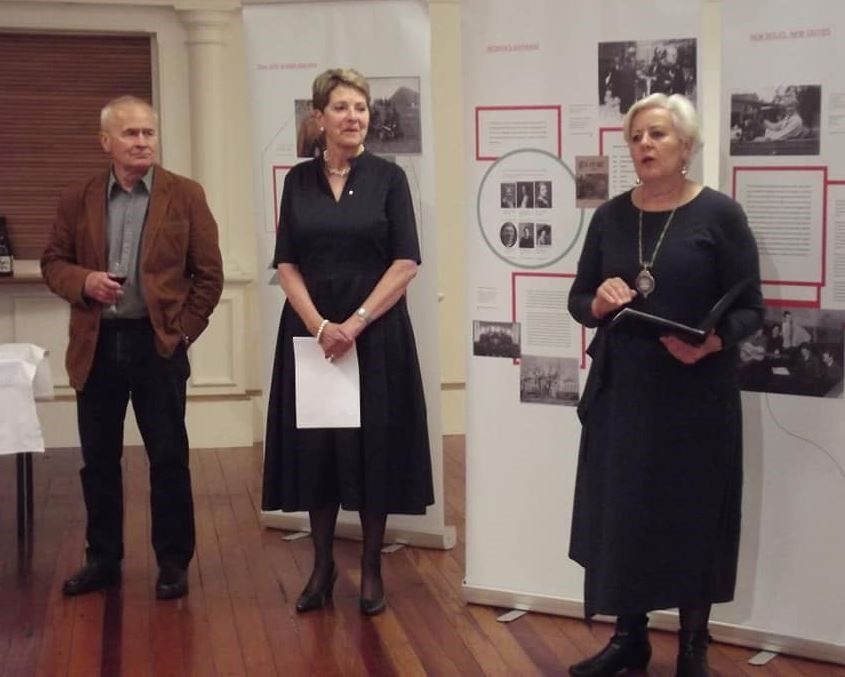 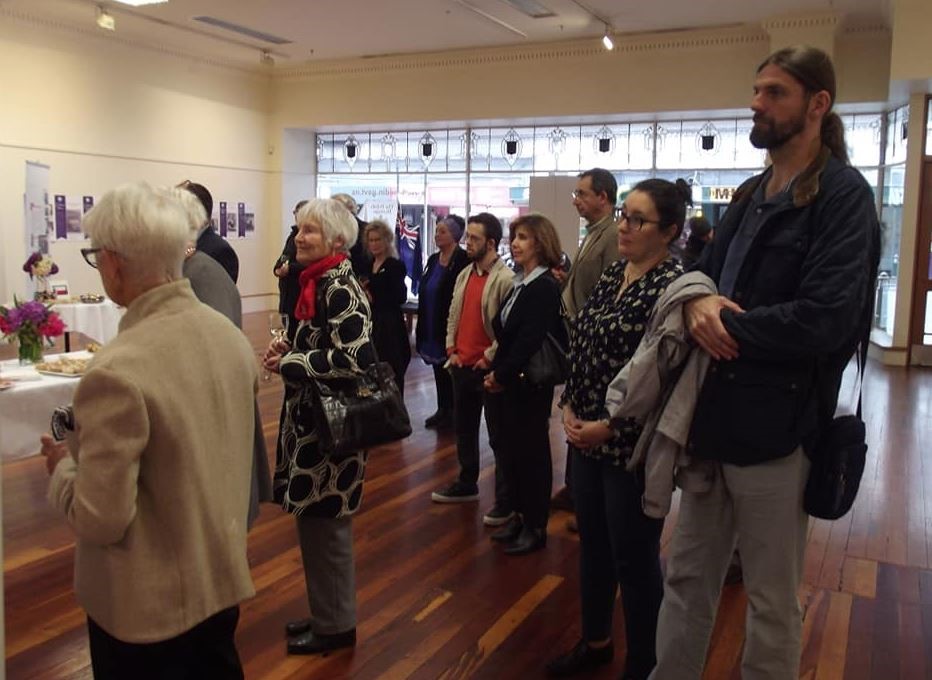 The “Drucki-Lubecki” project initiated by POHOS and partly financed by the Polish Embassy in Wellington took more than a year to complete.

On November 12, 2019 the restored grave in the Southern Cemetery was officially blessed and consecrated by the Catholic Bishop of Dunedin, the Most Rev Michael Dooley. The ceremony was attended by the Polish Ambassador to New Zealand, Zbigniew Gniatkowski and board members of POHOS. 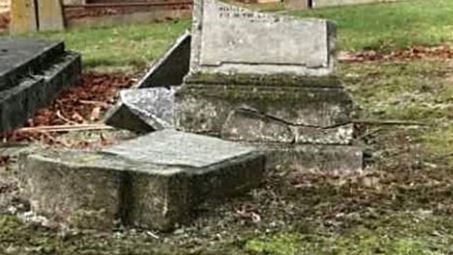 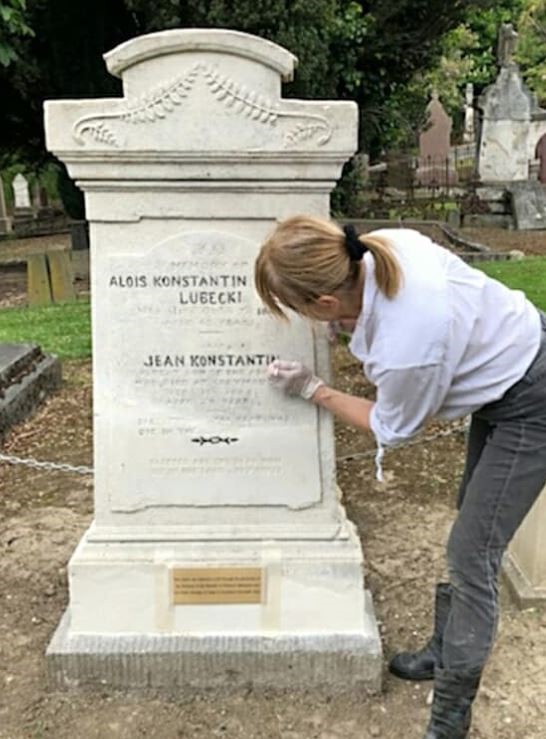 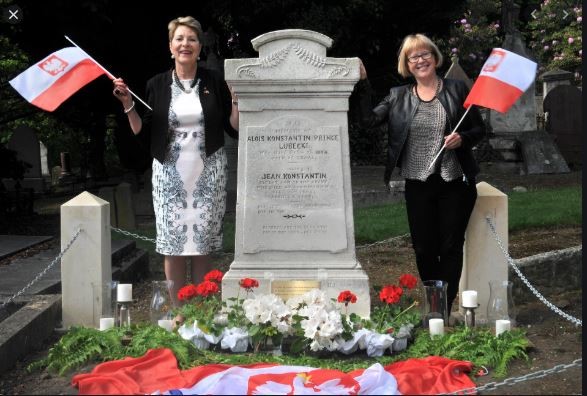 Prince Alois Konstantin Drucki-Lubecki was a descendant of Prince Rurik, dating back to 9th century. Prince Alois had experienced great changes of fortune, having once lived in palaces but later occupying a humble cottage on the corner of Union and George Streets. He had been stripped of all his large estates in eastern Poland after he had supported the 1830 November uprising which sought to create an independent Polish state. He managed to escape from occupied Poland after the uprising and travelled via Saxony and England to Australia and then New Zealand. 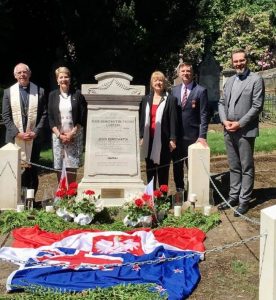 Alois Duffus Lubecki Jr joined the family in Dunedin in 1874 and assumed a position at the Telegraph office where he worked for 30 years. As a result of Alois Duffus Lubecki’s generosity, students intending to pursue a masters degree in applied sciences can apply for the scholarship established in his name in 1924 at the University of Otago. 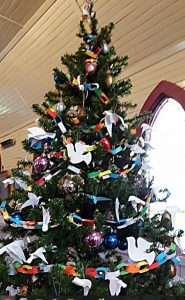 Our traditional Christmas Carols event at Broad Bay Church as usual, attracted a large crowd from the Broad Bay community, and Polish and international communities. Carols are sung in 7 languages. Music, friendship, food, reflection and a lot of laughter, so much more than just singing Carols. 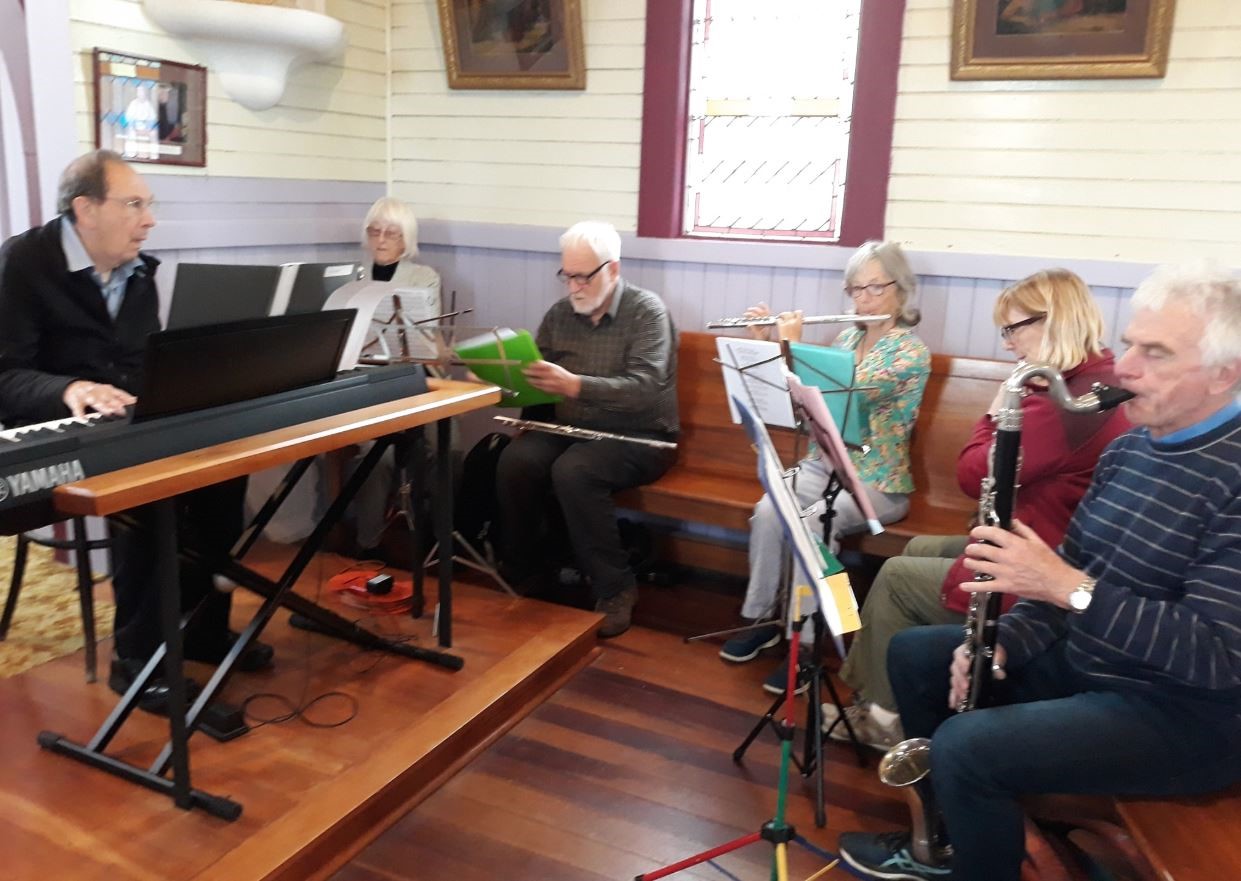 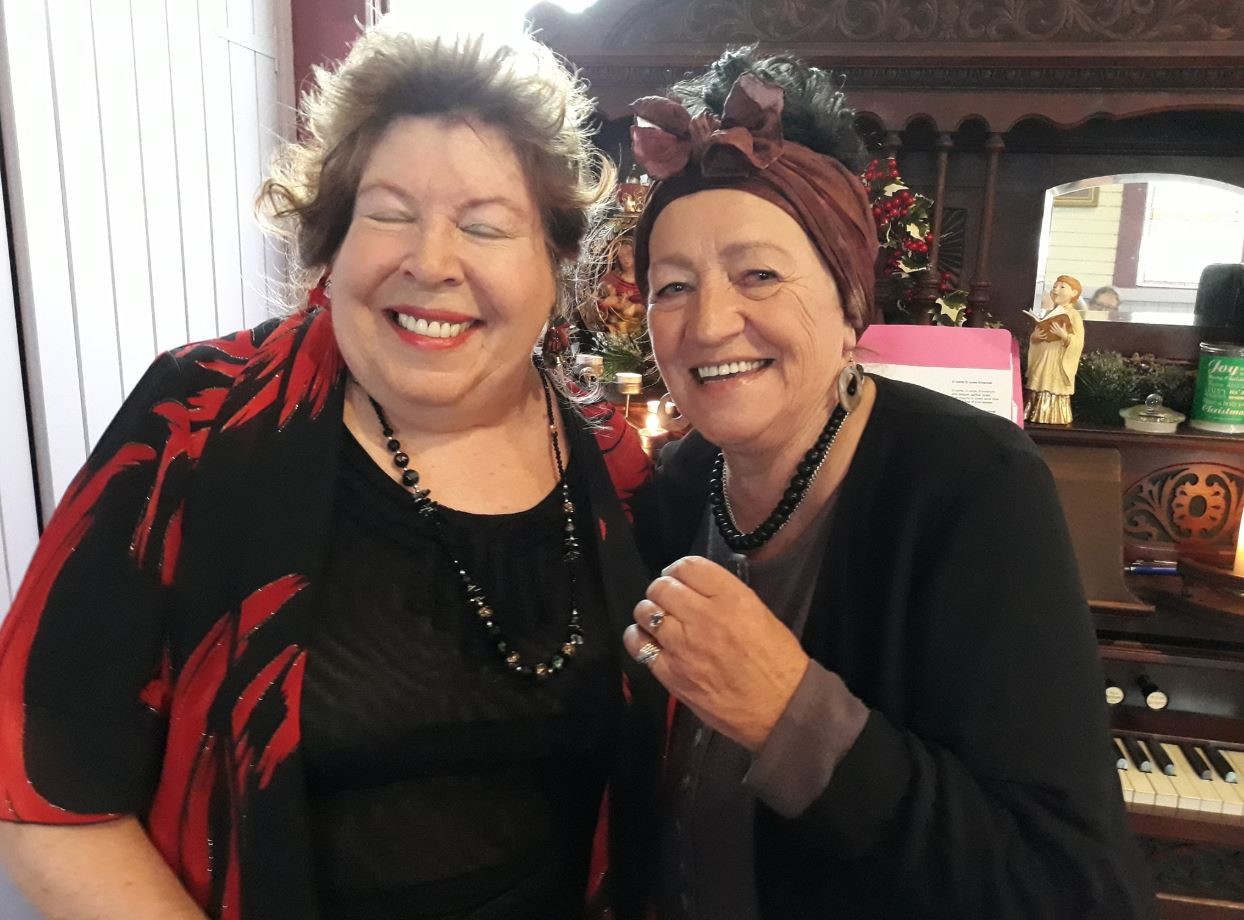 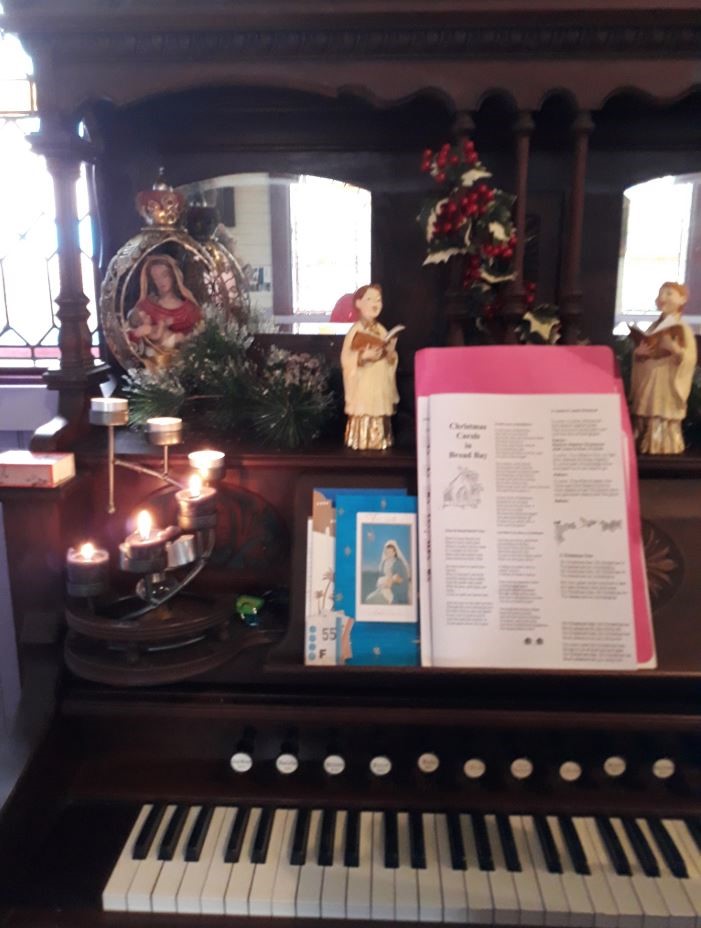 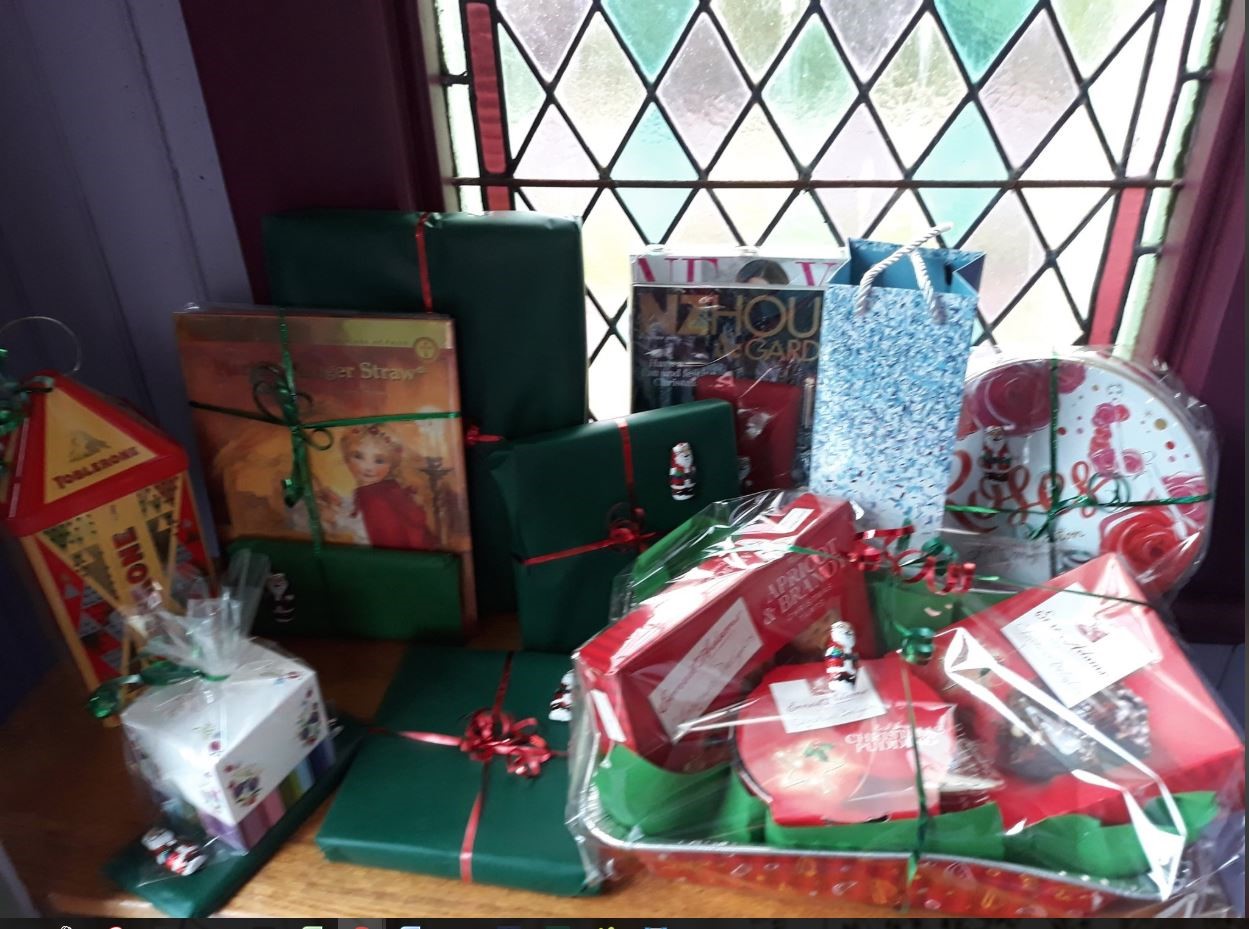 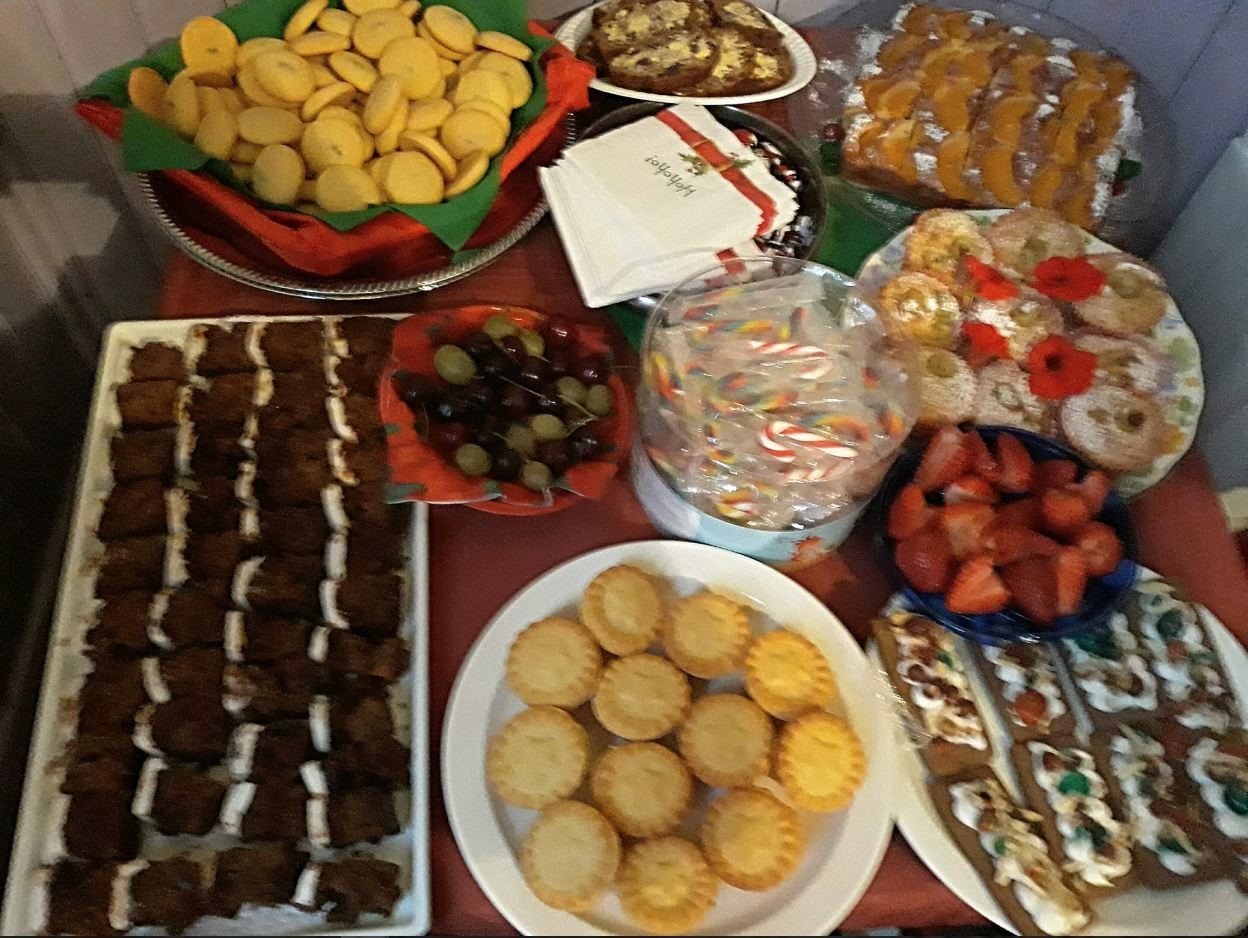 Future projects and work in progress:

From the later part of 2019 the Board began to discuss preparations for two large projects:

Unfortunately events out of our control, COVID-19, is forcing us to change some of our plans, but not all:

I would like to acknowledge the support we received from:

Finally, my great gratitude goes to the current POHOS Board members

Krzysztof Dzikiewicz stepped down from the board in March 2020. We must thank him for all his hard work throughout the years as a Board Member. We wish him all the best and we are sure he will support us and participate in our enterprises from membership level.

I am very proud of the Trust’s considerable achievements as a result of hard, conscientious and totally voluntary work of all Members of the Board and the Polish Community.