Our Lady Star Of The Sea 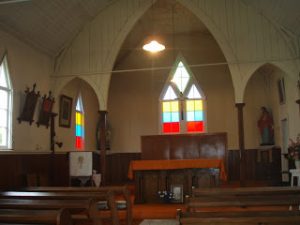 Our Lady Star of the Sea, Hampden

“OPENING OF A NEW CHURCH AT HAMPDEN

The new Catholic Church at Hampden was opened last Sunday, there being present a large congregation, including many from other denominations. The weather was everything that could be desired. The Rev. Father O’Donnell (Gore), representing Bishop Moran, dedicated the church under the title Our Lady Star of the Sea. He also sang a missa cantata, and preached the dedication sermon. His discourse, which was learned, brilliant, and well delivered, gave a history of the first structure used for divine worship; of the structures used during the 300 years of the Church of Christ; of the universal adoption by Christians of suitable places wherein to worship God and practise the rights of their holy religion, and of the custom of dedicating churches to God under the patronage of some saint. There was sweet and harmonious music, both vocal and instrumental, during the sacred ceremonies. Miss Fagan (Oamaru) presided at the organ and Mr Kameshed (Oamaru) performed on the violin The chief vocalists were: Mrs Lynch. Miss Jenny Fagan, Mr Towsey, and Mr Kameshed (all of Oamaru). It was admitted that the performers one and all, surpassed themselves on this occasion. Mrs Lynch s solo during the credo, which was accurately rendered, was the embodiment of pathos and devotion. Father O’Donnell rector of the mission, in very laudatory terms thanked his friend Father O’Donnell (of Gore), the choir, and his congregation for their co-operation and the assistance rendered by one and all The Rev. Mr Blathwayt (Anglican), Hampden, kindly lent for the occasion the organ belonging to his own house.” Otago Daily Times, 01 May 1894.

Funerals at Our Lady Star of the Sea.

“FUNERALS. THE Funeral of the late Thomas A Gdanitz will arrive at the Catholic Church, Hampden, on Thursday. September 7, for Service at 2 p.m., and thence to the Hampden Cemetery.” Star, 6 September 1933, p 2 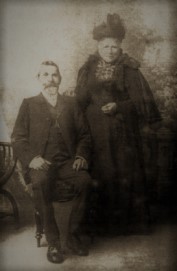 Thomas Gdanietz, who arrived in New Zealand with his wife aboard the Reichstag in 1874, played a major role aiding in the building and fitting of the church.  He was born in the Pomeranian village of Rościszewko in 1848 to Marcin Gdaniec and Maryanna Bławat. In 1872 he married Julianna Guzińska of Wałdówko at Kokoszkowy and in the next year saw the birth and death of their son Jozef in 1873 at Bojary.  With family already settled in Dunedin since 1872 via the Palmerston, the couple left for Hamburg where they set aboard the Reichstag on 10 May 1874, arriving at Port Nicholson, Wellington, 6 August 1874. They first settled at Pine Hill, Dunedin, where a small number of Poles had settled close to where the trig station is today. Here Thomas was employed as a farm labourer and where they had a good number of the family; Bernard (1874-1947), Frank David (1876-1918), Martha (1878-1935), Thomas Carl (1880-1970), and Martin Paul (1883-1948).

Around 1883 the family left Dunedin and settled in Hampden where Thomas purchased a small farm and established himself as a dairy farmer. He also established a rather large orchard as an added income for the ever-growing family. Here the rest of the family was born—Mary Ellen (1885-1918) and Agnes Anna (1890-1952). Thomas and Julianna settled well into Hampden life and were naturalised as New Zealand citizens on 23 November 1892.  In May of 1894, Hampden saw the opening of the Catholic Church, Our Lady Star of the Sea where Thomas witnessed the fruits of his labour.  He maintained his church affiliations and the maintenance of the church. Thomas was elected onto the Hampden Borough Council as a member of the Works Committee in 1901. His wife Julianna died 14 November 1914 aged 66 and Thomas died 6 September 1933 aged 85. Both are buried at the Hampden Cemetery.