click on name or picture to go to Kreft Family Tree at ancestry.com

KOWALEWSKI (Pol) kowac. Meaning: to forge metal, or kowal. Meaning: smith. KOWALSKI is the occupational name for a blacksmith

Listed aboard were: J. M. Kreft age 27, Rosalia 26, Johann 4 and Joseph 1. After a two week’s stay at Wellington, the family was advised that there was an opportunity to go to the special settlement of Jacksons Bay on the West Coast of the South Island, along with about 300 new immigrants. Families were given assurance that this locality was near the Polish settlers who had previously settled at Waihola and that visits could be made to these family and friends at the settlement. On this good news they took passage in a small ship bound for Hokitika. Two days were spent at Hokitika waiting for the Waitara to take them one hundred and fifty miles south to their destination.

“Families of Kruger, Kreft, Chablewski, Rosanowski and of brothers Max were requested by friends in Waihola, but shipped to Hokitika to go from there to Jackson Bay, having been made to believe that they were being sent into the immediate neighbourhood of their friends.  Such pranks are not likely to forward the interests of immigration.” West Coast Times, 08 February 1876

The settlement at Jackson Bay had been quoted as nothing more than a “miserable, unfortunate and very sad fiasco”. Some 26,000 hectares of land was set aside for a Special Settlement in Jackson Bay where the first party of settlers from Hokitika landed on 19 Jan 1875. Eventually about 120 Poles resided in Jackson Bay at various times during the life of the settlement. Hindered by the wet climate and lack of drainage accounting to crop failure, the isolation and a growing shortage of remunerative work provoked the general abandonment of the Special Settlement.  An exodus to other more promising districts was inevitable. One such incident occurred at the Beach, the only place of entry or exit to the settlement. A school squabble between children blew up into an outrage when returning home and tales being blown to all proportions got mothers embroiled in the quarrel. Italian mothers, screeching-pulling hair, pushing, belabouring, and punching their opponents, raucously able German or Polish Women. The Men after work came running to support their wives of an afternoon of no abating in the free-for-all. It was quoted

“JACKSON BAY. Do not come to JACKSON BAY-more especially if you are a sober, steady striving men, losing your time and working entirely upon your own resources, without any aid from Government whatsoever. If you should get stone-broke and on the shelf in this jungle, any settler will give you a few meals or a shake-down. Though poor, there is benevolence, generosity, and hospitality existing amongst them to as great an extent as I have ever seen existing in any colonial community. They are mostly the true grit. But the case is quite the reverse with Mr. D. MacFarlane, the Resident Agent, or any of his satellites that revolve around him in their own circle. Mr. Editor, this place is dead and a total failure, and never can be a success.”  A ROAR from the Jungle-Prospector, letter to Editor of the Evening Star-HOKITIKA, 08 March 1876

“Bruce County Council. The monthly meeting of the Bruce County Council was held In the Council Chambers on Tuesday last; present, Mr H. Clark (chairman) Crs Smith, Macpherson, Calder, Crane, Noble, Murray, Haggart and Mosley. Minutes of last meeting were read and confirmed. Inspector’s report. The Inspector reported as follows:— The roads still keep in good repair for the traffic, the surfacemen being chiefly engaged in clearing out ditches and water tables, and other repairs necessary before the winter sets In. Good progress has been made with all contracts on hand since last meeting. The formation contract at Caldwell’s, Akatore, is completed, and good progress is being made with the contract at Hutton’s. Mr Cockburn in fencing his land through the bush, Akatore, stopped the present track and I arranged with Mr Kreft to clear away the stumps and fallen timber and make a new track…” Bruce Herald, 8 February, 1895, p 3 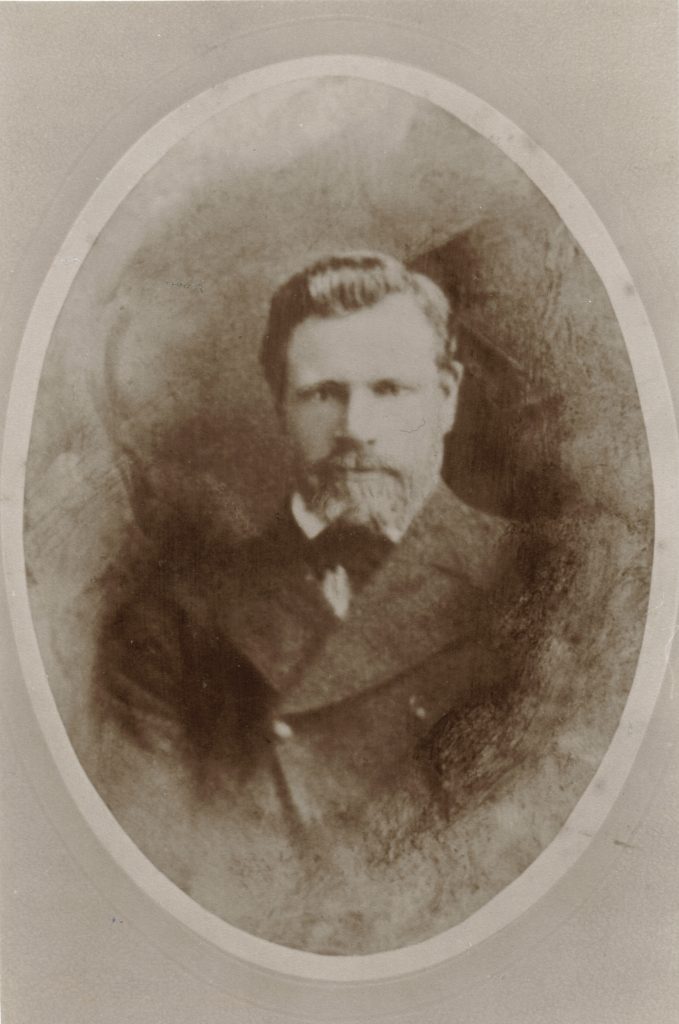 “It is with regret that we have to record the death of Mr. John Kreft, an esteemed and highly respected resident of Akatore. The news of his death, which occurred suddenly, came as a heavy shock to his friends, as he was known to be a strong healthy man; he had been ailing for only two days previous to his decease. The funeral took place on Sunday and was largely attended, the very Rev. Father O’Neill officiating at the grave.” Burce Herald, 26 September 1899

“Akatore.  DEATH. Since writing last, death has called at two homes and in each case demanded life. Mr Jno. Kreft and Mr R. Hutton have both passed away out of this scene of action. Both were kindly and genial in their dispositions and were much respected by all who knew them. This sudden and unexpected call to “depart hence” teaches us who remain, that youth, health, and strength are no guarantee of life.” Bruce Herald, 27 October 1899, p 3

“J A. DUTHIE AND CO. haven been instructed by Mrs. Kreft to sell by auction at their Rooms, Milton, her property at Akatore, being sections 40 and 42, Block VIII, containing about 250 acres, with substantial 5 – roomed dwelling, good stable, barn and cowshed. About 80 acres are sown down and in good grass, 10 acres in oats, and 8 acres ready for turnips. 30 acres surface sown, and 50 acres good bus, and all well fenced and sub-divided. The whole of the above land was originally under bush, and now grows exceptionally good crops of grain and grass.” Bruce Herald, 06 November 1900

Rosalia later purchased sections seven to 31 on Block 17 at Tokomairiro on 5 June 1902.

“Messrs Daigety and Co. report having held a very successful clearing sale on account of Mrs Kreft, at her farm, Akatore, on Friday last. Notwithstanding the inclement state of the weather, there was a good attendance, buyers being present from Balclutha, Dunedin, and all parts of this district, and everything offered sold at full values. Horses realised £25 5s, £24 10s, £17, £11, fouls to £9 10s, and 34 head young cattle from £2 11s 6d to £4 10s.”  Bruce Herald, 26 September 1905, p 4

“We regret to hear that the health of Mrs Kreft, Moore street, Milton, is in a most critical state, and all the members of her family have been speedily summoned home.” Bruce Herald, 30 November 1908, p 4

Rosalia died at Milton 31 July 1911 aged 63. She is buried with her husband at the Fairfax Cemetery near Milton.

“OBITUARY. MRS JOHN KREFT, AGED 63. Just as we were going to press, news was received by us of the death of Mrs John Kreft, which occurred at her residence this morning.” Bruce Herald, 31 July 1911, p 5

“Funeral Notice. THE FRIENDS of the late Mrs JOHN KREFT (and Family) are respectfully Invited to attend her FUNERAL, which will leave her late Residence, Moore Street, Milton, for the place of Interment, Fairfax Cemetery, on WEDNESDAY, 2nd inst., at 2 o’clock p.m. JOHN DICKSON, Undertaker, Milton.” Bruce Herald, 31 July 1911, p 2 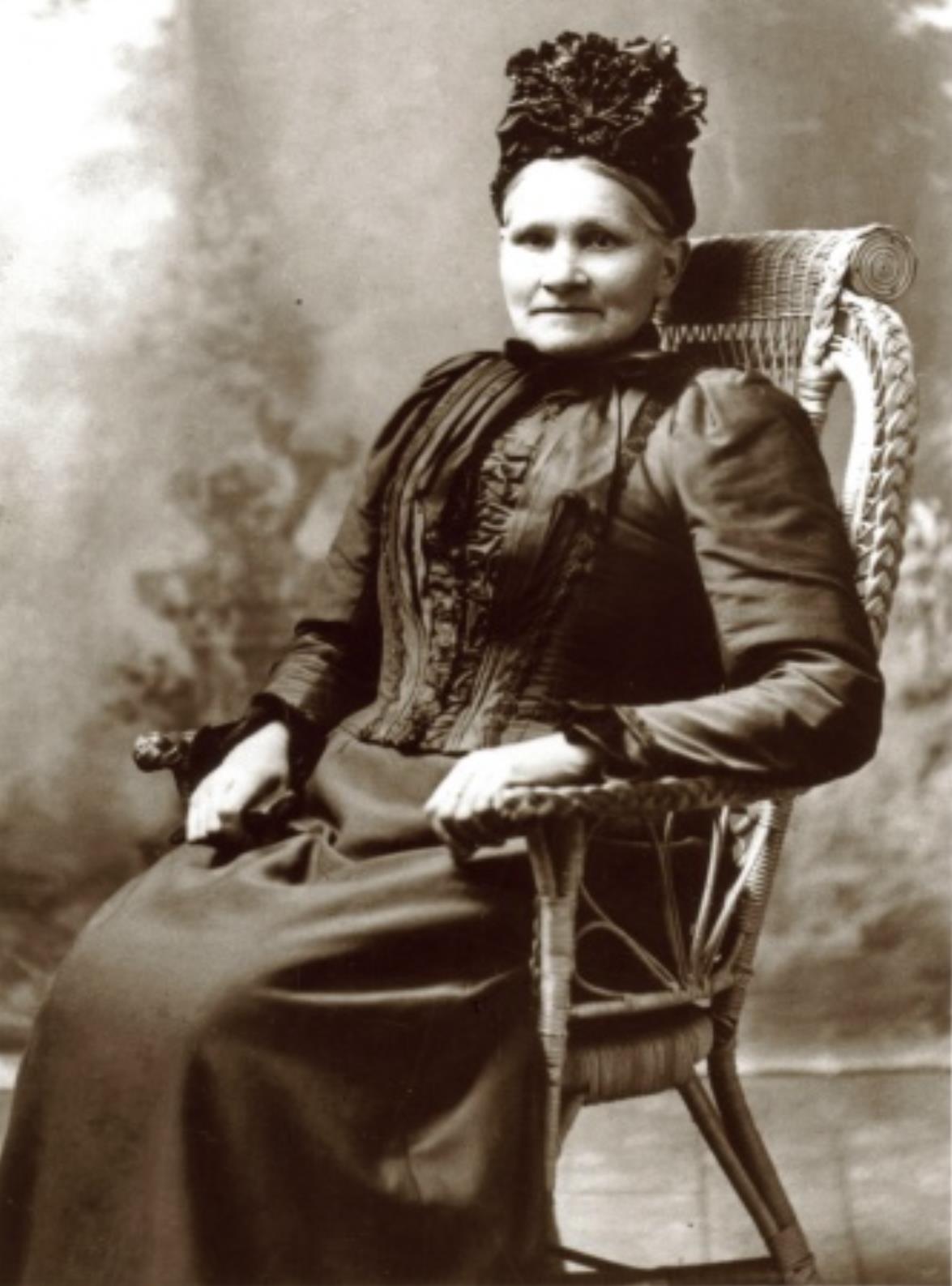 John Junior Kreft was born at Szczerbęcin on 29 November 1870.  He was a bachelor who worked for a time with fellow Poles and relatives from Waihola on the Australian Southern Railway in the 1890s. He finally returned to New Zealand and died at Milton on 22 January 1925 aged 54 and is buried at the Fairfax Cemetery near Milton.

“An accident occurred to Mr Joseph Kreft, manager at the Dominion lime and phosphate works at Milburn on Tuesday morning, which, but for an element of luck, might haver proved fatal. Whilst heaving three laden coal trucks up a steep hill with a winch and wire hawser, the post, with lead pulley attached, pulled out of the ground. The trucks thus released ran down the hill, until the wire, tautening, pulled the side and end out of the boiler house in which Kreft was working, the roof collapsing on top of him. When extricated from among the debris, he was found to have received several wounds about his legs, though fortunately his injuries are not thought to be serious. The recent rain is supposed to have, loosened the earth round the post, which was sunk 5ft. in the ground, and has stood the work for the past five years.” Bruce Herald, 4 July 1918, p 2 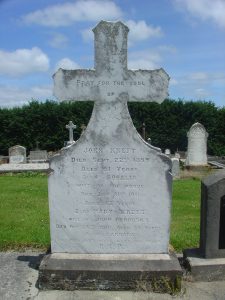 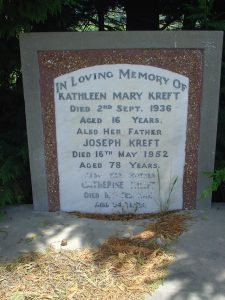 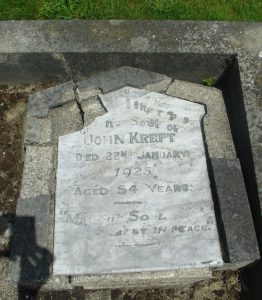 John Kreft, Block 11 Plot 84A at Fairfax Cemetery near Milton