click on name or picture to go to Kreft Family Tree at ancestry.com 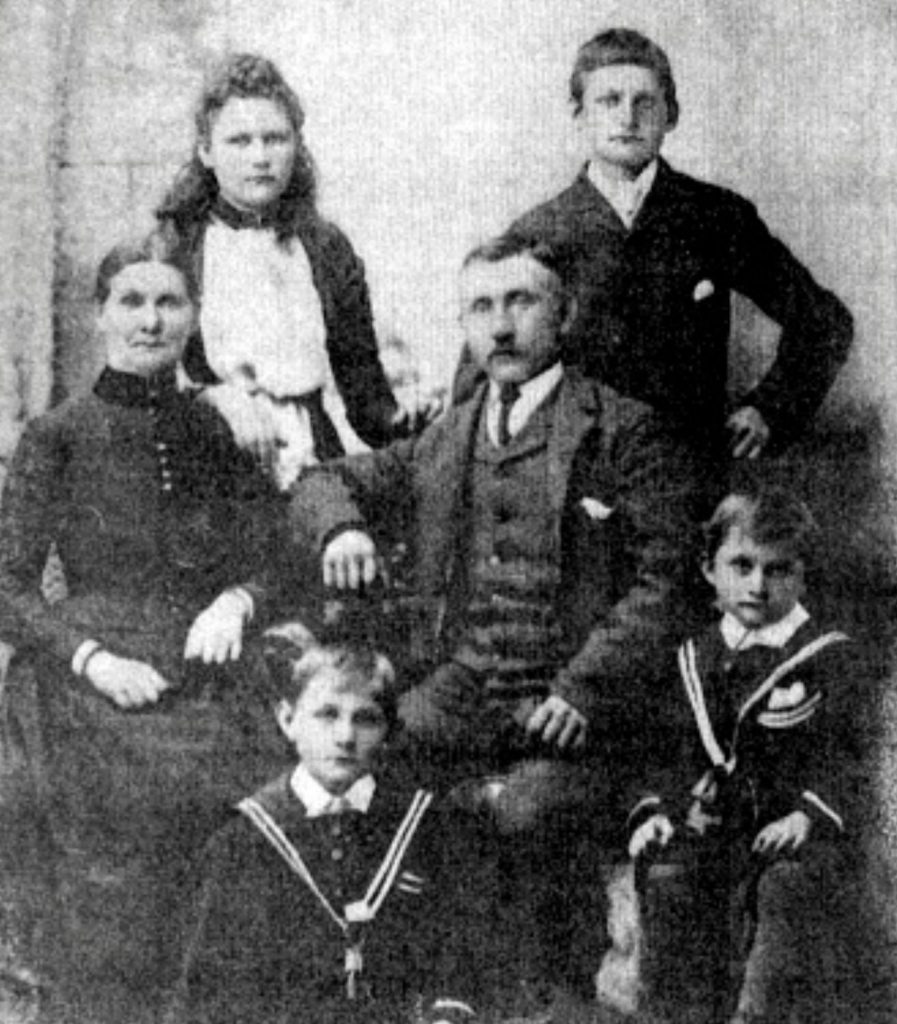 “THE COURTS TODAY. RESIDENT MAGISTRATE’S COURT. (Before W. L, Simpson, Esq., R.M.) Judgment was given for plaintiffs by default in the following cases:..Thomas Gdanitz and Joseph Kreft v. John Richards and Benjamin Jeff. Claim, L6O, damages done to buildings, fencing, and wood, the property of plaintiffs, and situated at Pine Hill, by a fire on the 14th inst., alleged to have been caused by the act of the defendants. Mr Stout appeared for plaintiffs; Mr Macdonald for defendants.” Evening Star, 28 October 1881, p2

In October of 1882, Joseph Kreft and Thomas Gdanietz dissolved their working partnership and Thomas and his family move to Hampden. On 25 September 1888, Joseph purchased four properties in Allanton where they lived out their later years. Joseph worked as a labourer and was naturalised as a New Zealand citizen on 14 November 1893. Both Joseph and Rosalia where among the witnesses at Hanlon’s case of Hugh Sweeny of Allanton in April of 1902.

Rosalia died on 15 June 1916 aged 71 and Joseph died shortly after on 18 September aged 74. Both are buried at the Allanton Cemetery. 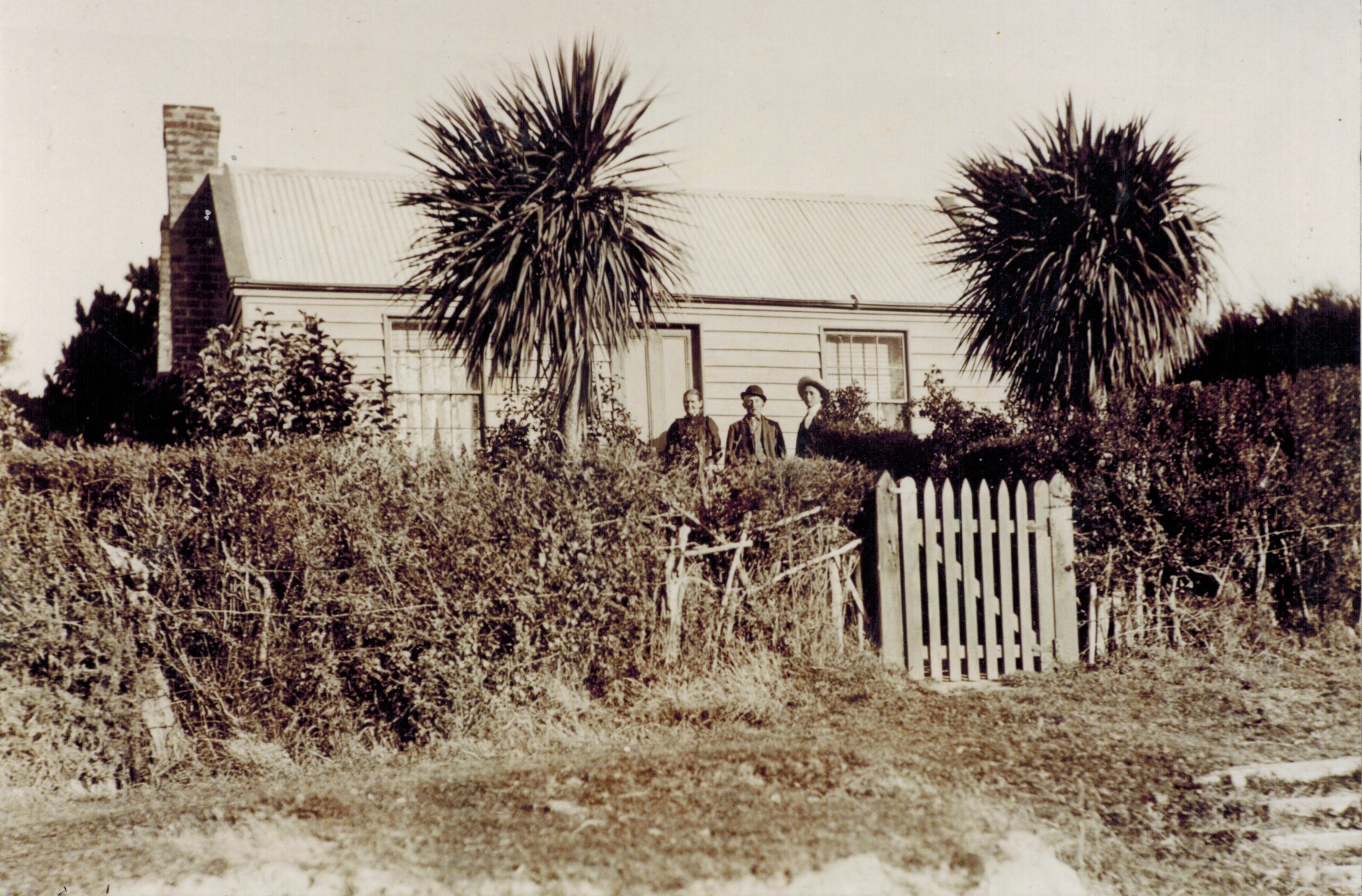 Property first owned by Fred Tikey in 1877 to Philip Konkel in 1878 then to Joseph Kreft in 1888. Joseph, Rosalie and Martin Kreft inf front of their home in Allanton, courtesy of Mr. I. Kreft

Thomas Kreft was born at Golębiewko on 06 January 1869.  He attended Christian Brothers school at Dunedin and died on 22 February 1882 aged thirteen. Thomas was staying overnight at the home of his uncle Julius and aunt Marianna Byszewski (nee Kreft), at Smith Street, Dunedin, due to bad weather. During the night of February 22, the house caught fire and claimed the lives of Thomas and three of his Byszewski cousins. Thomas is buried alongside his cousins at the Southern Cemetery in Dunedin.

“FUNERAL NOTICE. THE Friends of Mr Bischefski and Mr Kreft are respectfully invited to attend the Funeral of their Children, who were burned to death on the 21st inst. The Funeral will leave the Morgue (Old Supreme Court-house) Tomorrow (Friday), at twelve o’clock noon, for the Roman Catholic Cemetery south. WALTER G. GEDDES, Undertaker, Octagon.” Evening Star, 23 February 1882, p 2

Pauline Kreft, who was two years old at the time, may have died on the journey out. 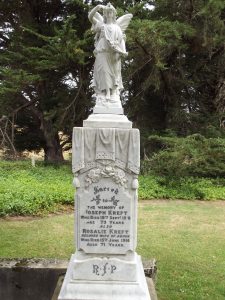 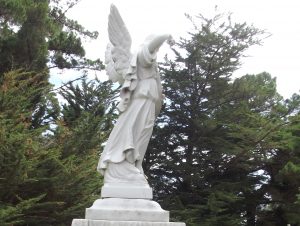 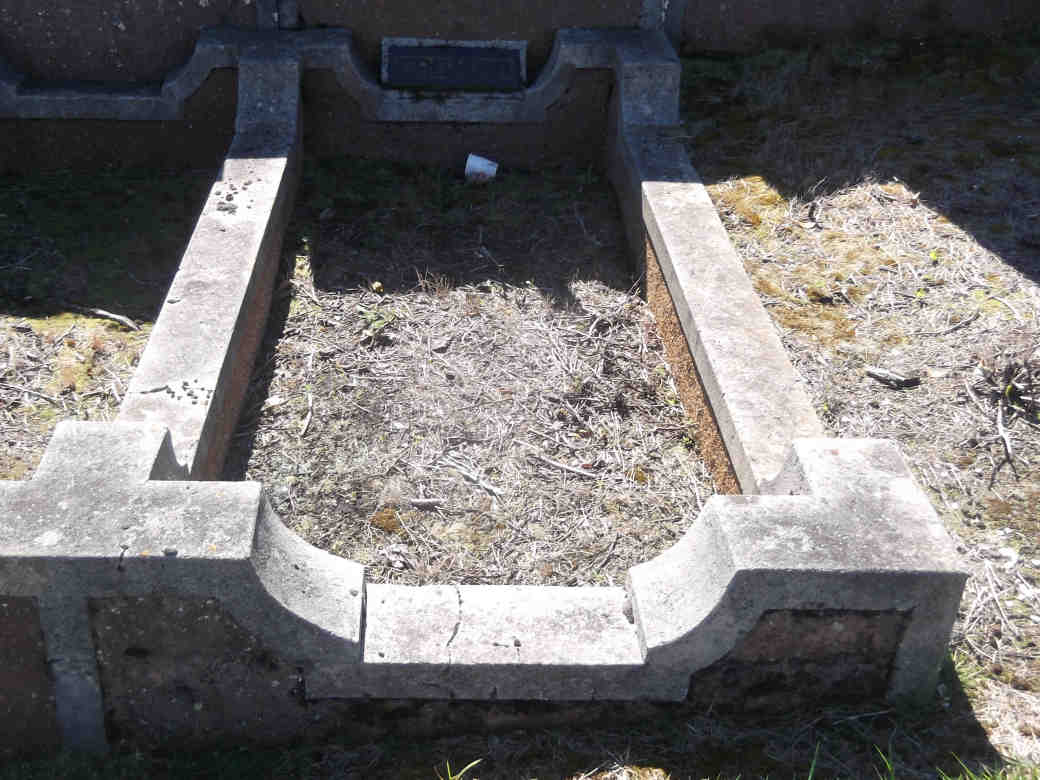