click on name or picture to go to Kowalewski Family Tree at ancestry.com

BRANDT (Ger) a derivative of brinnan. Meaning: to flash, with an element of the word for sword brand.

DROSDOWSKI/DROZDOWSKI (Pol) drozdz. Meaning: a thrush. DROSDOWSKI is a habitation name of a person coming from the place where the Thrushes live. The name DROSD is also used as the surname in some records.

KOWALEWSKI (Pol) kowac. Meaning: to forge metal, or kowal. Meaning: smith. KOWALSKI is the occupational name for a blacksmith. Names like KOWALEWSKI AND KOWALCYNSKI etc are the habitation names of families living in the general area where the smith-shop was located. In earlier times the smith-shop was the provider and repairer of tools and weapons. There were therefore many smith-shops and the name KOWALEWSKI was a common name nationally.

Listed aboard were: August (Anton) Kowalewski age 42, Barbara 42, Maria 9, Julius 5 and Julia 2. They travelled south to Allanton, where Anton’s brother was already residing and where they had their youngest child, Anna (b. 1876–d. 1877). According to the 1882’ Return of Freeholders, Anton as he preferred to be called, owned two acres at Allanton to the value of £200. Barbara died at Allanton on 12 July 1891 aged 60 and is buried at the Southern Cemetery in Dunedin.

“A married women named Barbara Kovalveski, whose husband is a labouring man, died suddenly at Greytown last Sunday, and upon the circumstances having been reported to the Coroner, Mr. Carew deemed an inquiry necessary, and accordingly an inquest was held at the residence of deceased on Monday. Mr. W. Read, was chosen foreman of a jury of six, and the following evidence was tendered:- Franz Antone Kovalveski, husband of deceased, deposed: I am a labourer and reside at Greytown. I have lived here for 16 years. Barbara Kovalveski is my wife; she was born at Deisham, Russia, and was 59 years old. She has had 12 children, but none of them are alive. Since the death of a daughter on the 17th of March 1890, her health has been bad, and she got worse and worse, but she never kept to her bed. Dr McCaw attended her eight or nine years ago for rheumatism. Since then, no medical man has attended her till Dr Peters came about six weeks ago. Dr Peters told me that my wife was not strong in the chest; prescribed cod liver oil and a lotion for her chest. Three weeks ago, Dr Peters came again and after seeing my wife told me that she was a good deal better, my wife thought she was a good deal better too. Dr Peters has not seen her since then. On Saturday the 11th inst. she was up and went outside the house, but she was very weak then – she had been very weak for several weeks past. My wife has been unable to attend to her household duties for some time past; I have attended to those duties myself. On Sunday the 12th inst. she got up at about 9.30 in the morning and seemed in her usual state of health. She made no complaint. I went to chapel and returned home about 12 o’clock, my brother Lawrence was with me when I arrived at the fire. I noticed that something was wrong with her, and went up and supported her in my arms. I found she could not speak, although she seemed to be quite conscious. Some water was given to my wife, which she drank. My brother sent his son for Dr. Allan, but my wife died about five or six minutes afterwards. I noticed that she had vomited a little blood, but not a large quantity. To my knowledge it had never happened before. No one was left with her in the house when I went to chapel. I did not think she was worse than usual or I would not have gone. My wife was always quite right in her head. She died about 20 minutes past 12 on Sunday, and Dr Allan told me she was dead, but he did not say what was the cause of death. Evidence was also given by Lawrence and August Kovalveski, after which the jury returned a verdict of ‘Death from natural causes.” Taieri Advocate, 15 July 1891

“The unoccupied house at Greytown of Mr August Kovalski was destroyed by fire on Saturday. It was insured for £80 in the Norwich Union.” Otago Witness, 25 May 1893, p 34

Anton was employed as a labourer and was naturalised as a New Zealand citizen on 25 October 1899, a resident of Allanton. It is believed Anton was a veteran of the Franco-Prussian war and to the children he was known as Uncle Choo-Choo. Anton was nervous about sudden noises, a legacy of his army service, and on celebration of the New Year, the children had much delight in letting off crackers behind Uncle Choo-Choo and watch his reaction. He died on 12 March 1911 aged 79 and is buried at the Southern Cemetery in Dunedin, alongside his wife.

Maria Kowalewska was born at Rukosin on 02 January 1864.  She died at Allanton after a long illness on 1 June 1887 aged 23 and is buried at the Southern Cemetery in Dunedin.

“DEATH – I regret to have to record the death of one of our settlers, the daughter of one of Polish residents, Mr. Anthony Kervolovski. She died last week after an illness of many months’ duration. Much sympathy is felt for her parents, who have had to deplore several such calamities during their residence in Greytown. Her funeral left here for Dunedin on Saturday morning, and was followed by a number of friends.” Taieri Advocate, 8 June 1887

Ludwig August (Julius) Kowalewski was born at Rukosin on 09 September 1869.  He was employed as a bootmaker and died at Allanton on 13 July 1888 aged 18 years. He is buried at the Southern Cemetery in Dunedin.

Julianna Barbara Kowalewska was born at Rukosin on 22 September 1872.  She died at Allanton on 16 May 1890 aged 17 years and is buried at the Southern Cemetery in Dunedin. 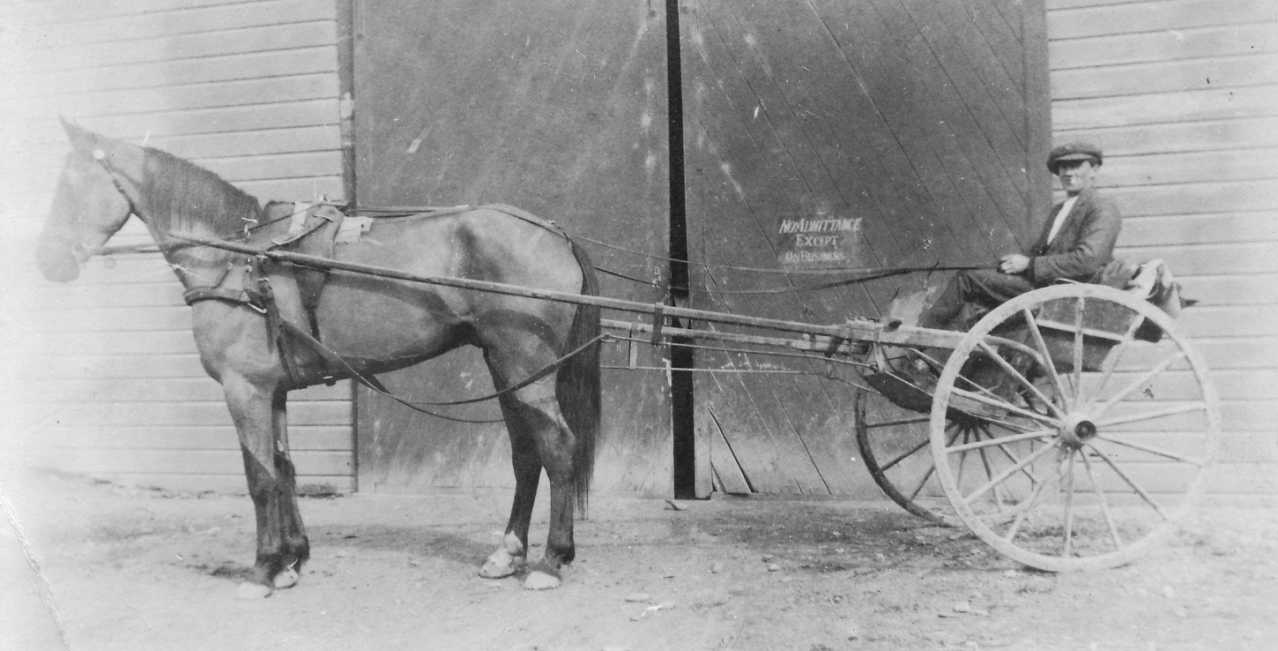 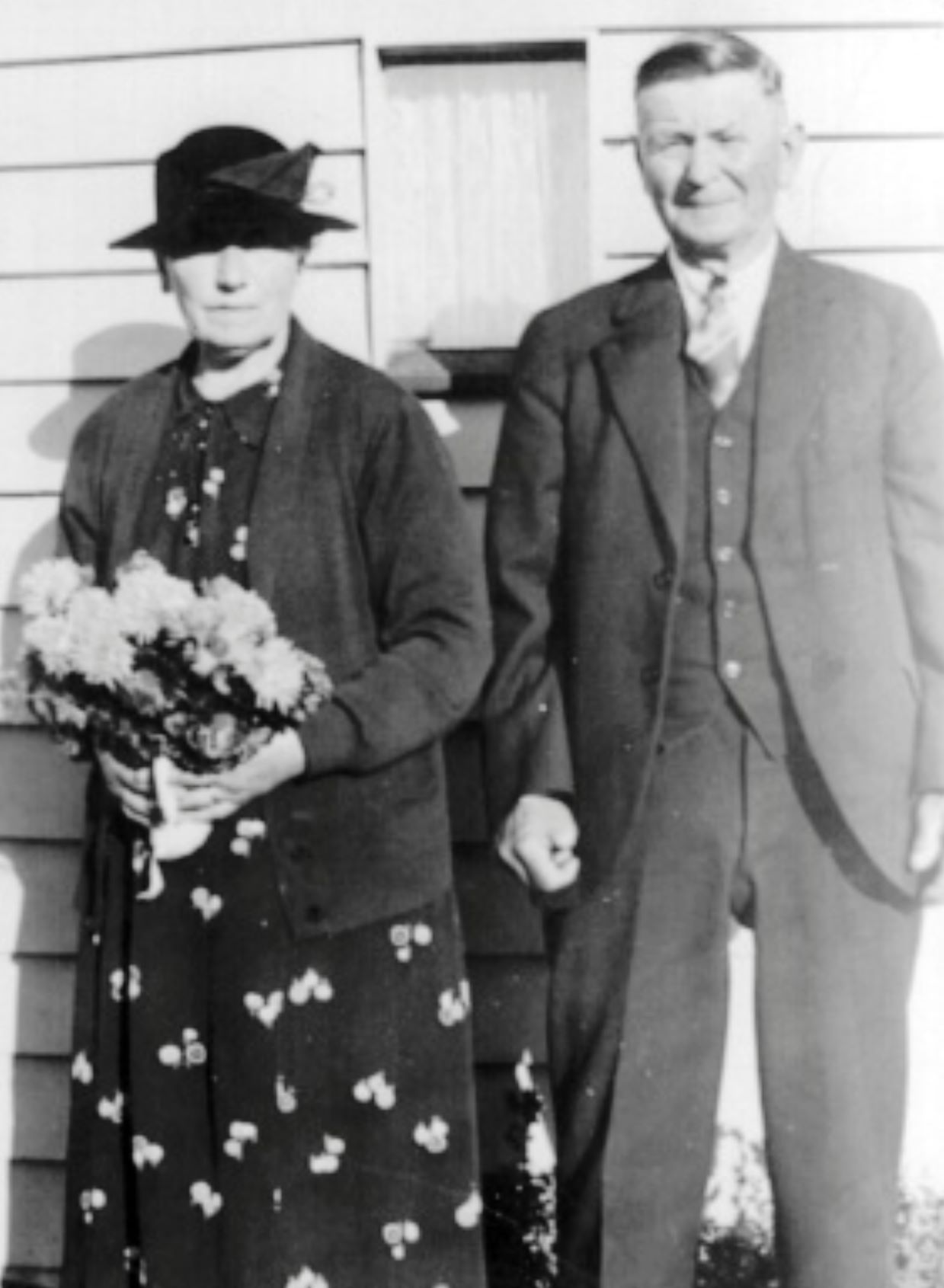 Annie Elizabeth (nee Bielicka) and Francis Kovaleski, taken on the day of their 50th Wedding Anniversary in 1939 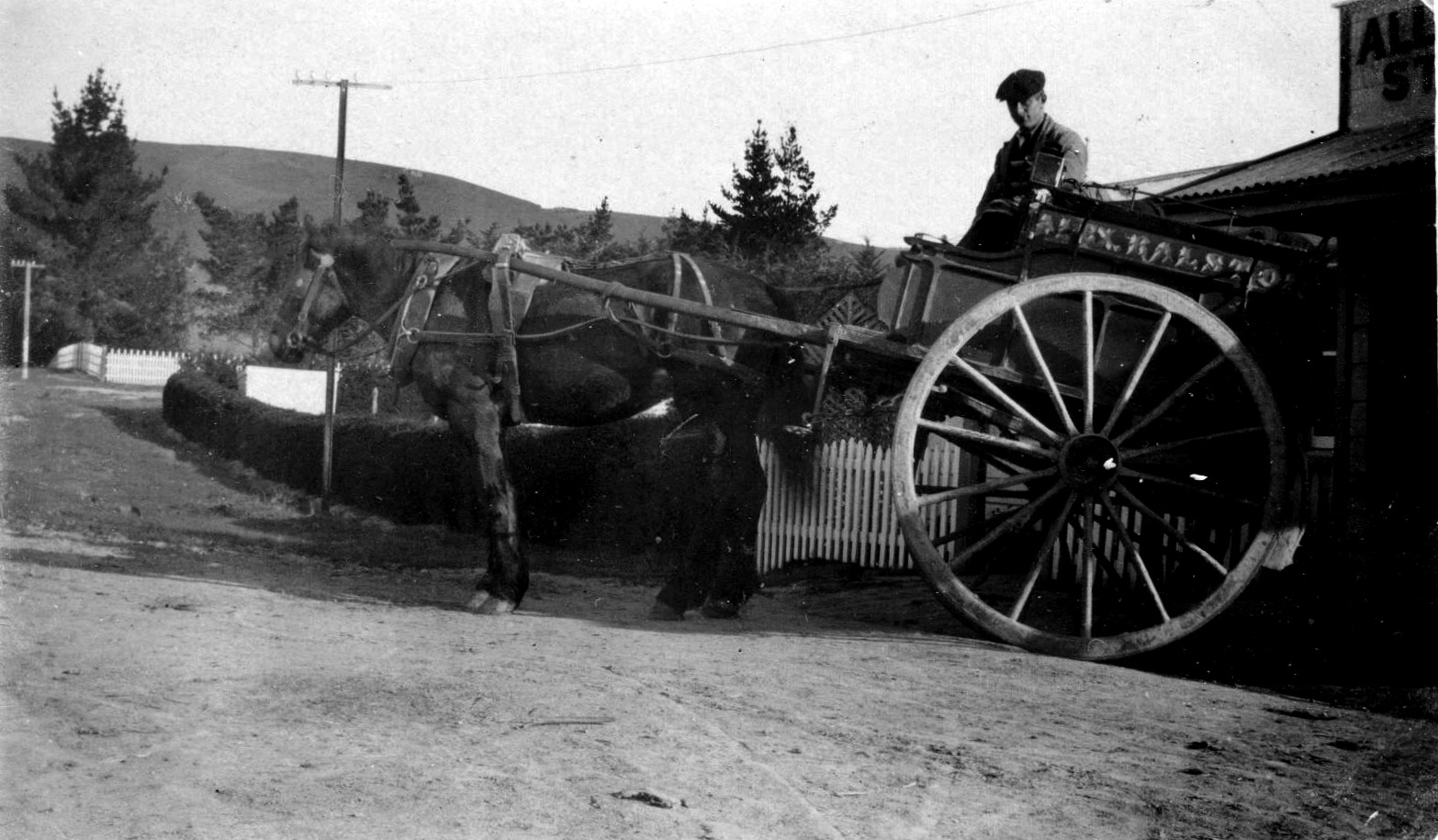 Francisca Augustina Kowalewska, known as Aunt Fanny, was born at Rukosin on 02 August 1868.  She never married and moved to Wellington around 1910 with her sisters Mary, Annie and  Agnes. She died at Wellington on 16 November 1912 aged 44 and is buried at the Karori cemetery. 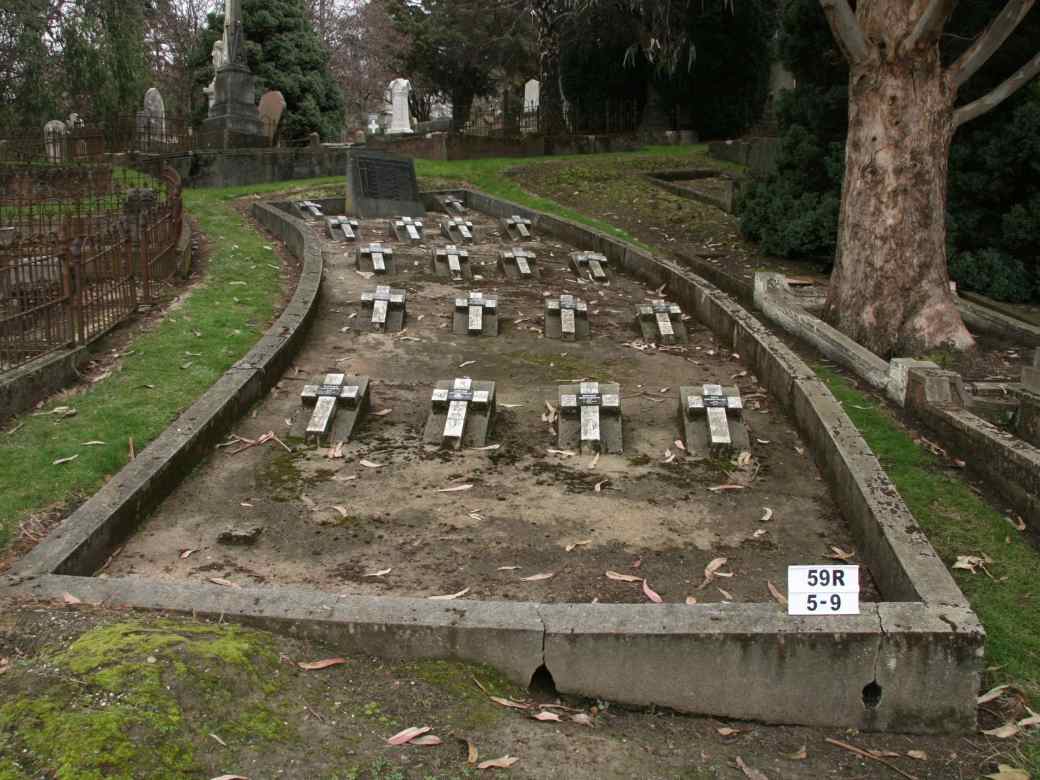 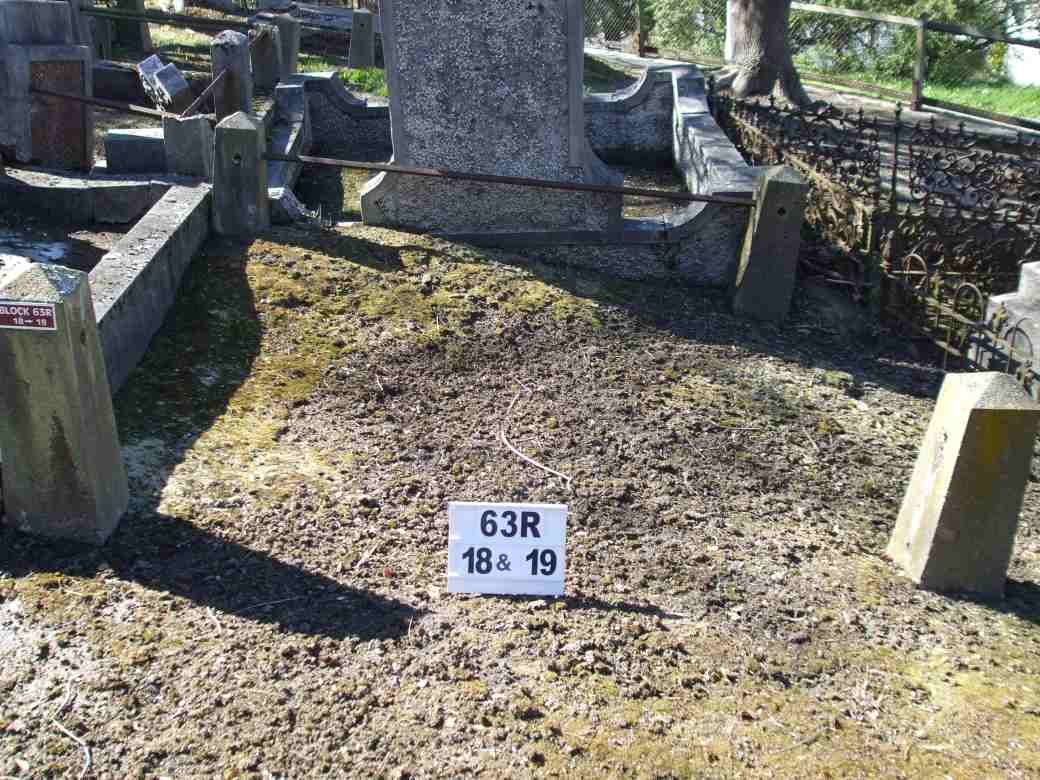 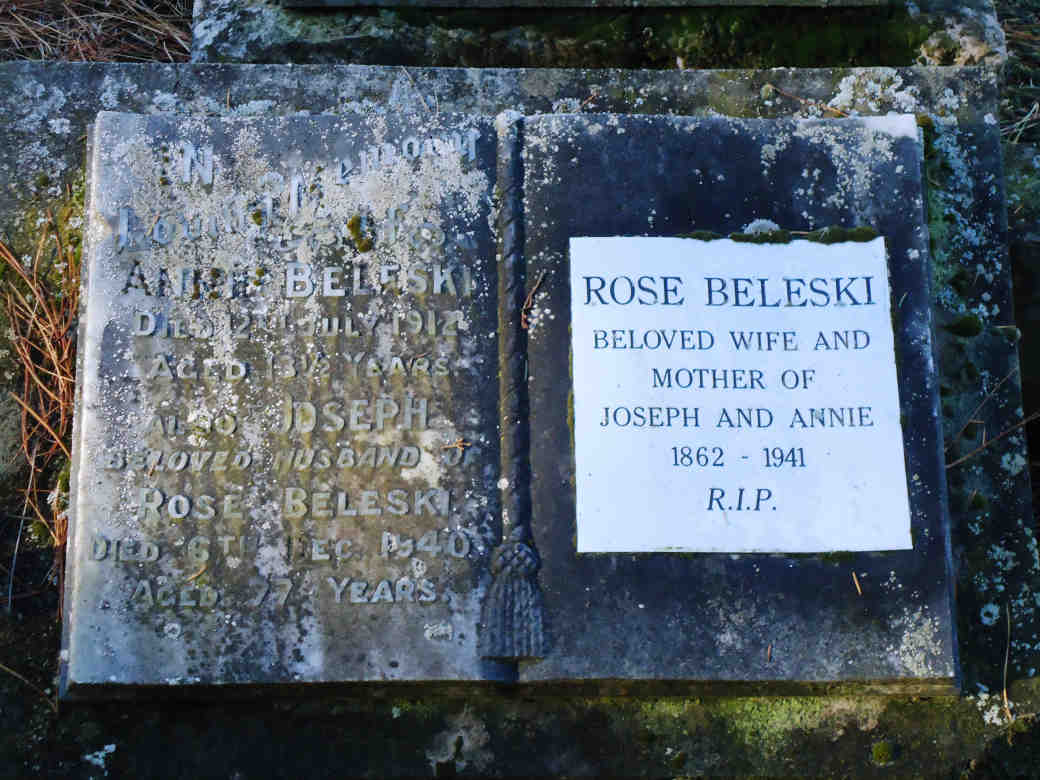 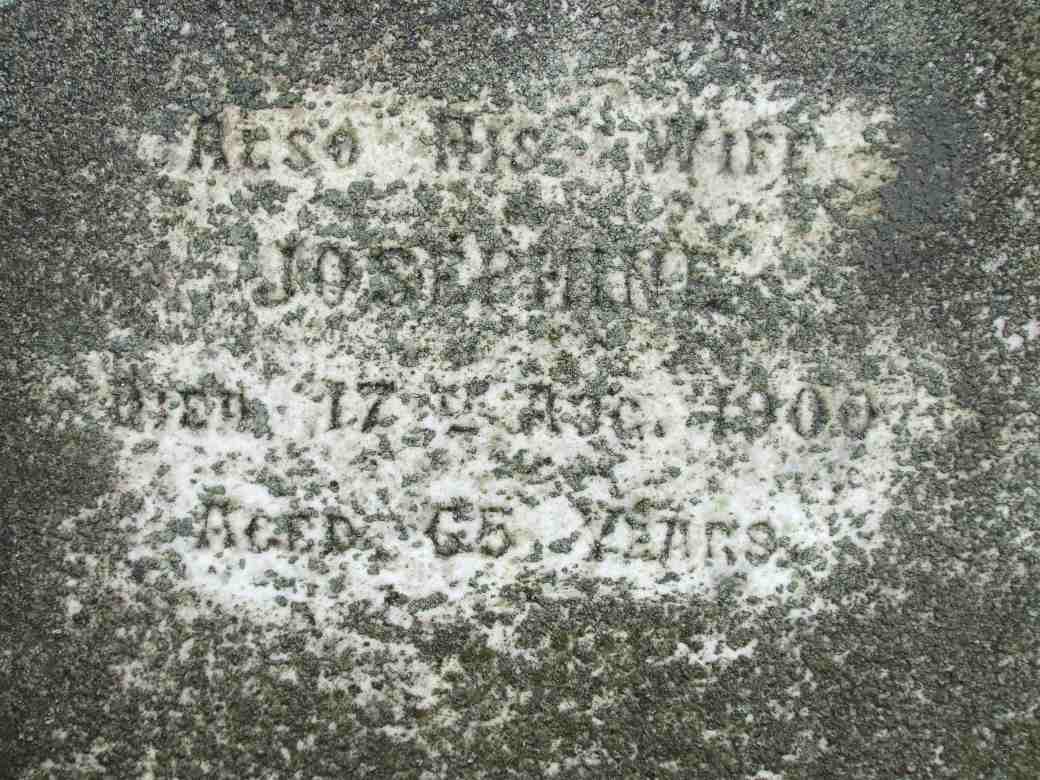 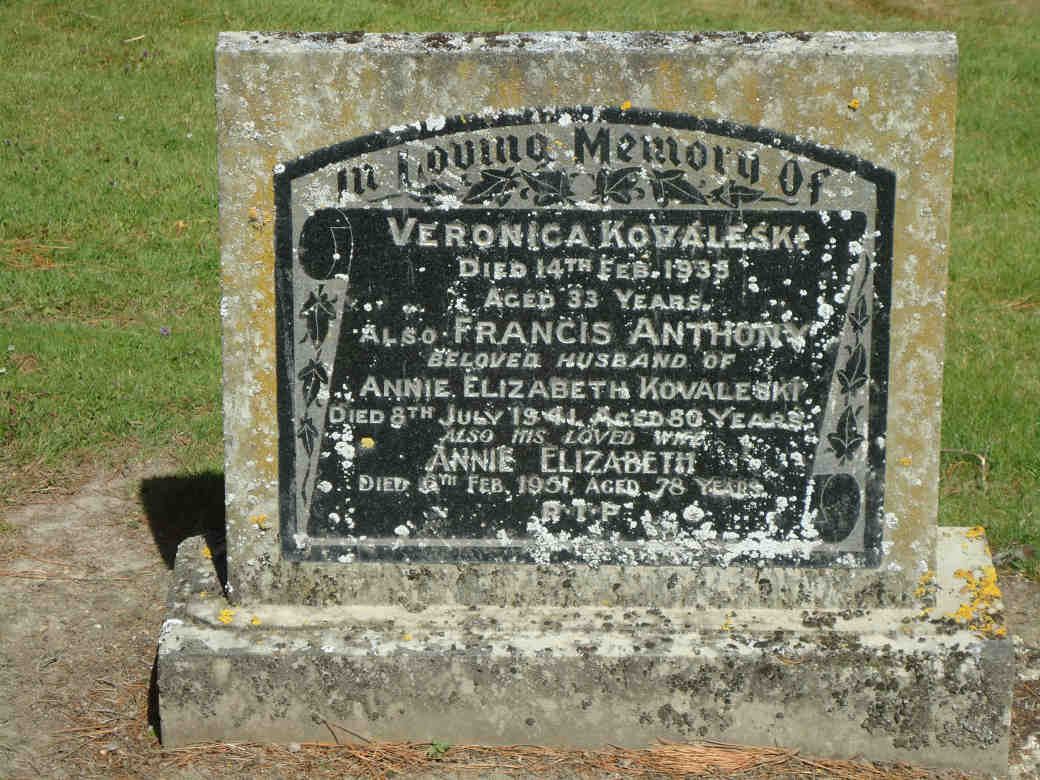