click on name or picture to go to JJakusz Family Tree at ancestry.com

Click ship to go to the Lammershagenv ship page 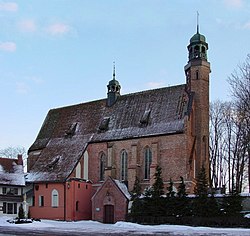 Assumption of the Blessed Virgin Mary at Żukowo

Listed aboard were: Joh., age 33, Marianna 35, August 5, Leopold 4 and Johann 4 months.  After a two week’s stay at Wellington, the family was advised that there was an opportunity to go to the special settlement of Jacksons Bay on the West Coast of the South Island, along with about 300 new immigrants. Families were given assurance that this locality was near the Polish settlers who had previously settled at Waihola and that visits could be made to these family and friends at the settlement. On this good news they took passage in a small ship bound for Hokitika. Two days were spent at Hokitika waiting for the Waitara to take them one hundred and fifty miles south to their destination.

The settlement at Jackson Bay had been quoted as nothing more than a “miserable, unfortunate and very sad fiasco”. Some 26,000 hectares of land was set aside for a special settlement in Jackson Bay where the first party of settlers from Hokitika landed on 19 Jan 1875. Eventually about 120 Poles resided in Jackson Bay at various times during the life of the settlement. Hindered by the wet climate and lack of drainage accounting to crop failure, the isolation and a growing shortage of remunerative work provoked the general abandonment of the Special Settlement.  An exodus to other more promising districts was inevitable. One such incident occurred at the Beach, the only place of entry or exit to the settlement. A school squabble between children blew up into an outrage when returning home and tales being blown to all proportions got mothers embroiled in the quarrel. Italian mothers, screeching-pulling hair, pushing, belabouring, and punching their opponents, raucously able German or Polish Women. The Men after work came running to support their wives of an afternoon of no abating in the free-for-all. It was quoted

“JACKSON BAY. Do not come to JACKSON BAY-more especially if you are a sober, steady striving men, losing your time and working entirely upon your own resources, without any aid from Government whatsoever. If you should get stone-broke and on the shelf in this jungle, any settler will give you a few meals or a shake-down. Though poor, there is benevolence, generosity, and hospitality existing amongst them to as great an extent as I have ever seen existing in any colonial community. They are mostly the true grit. But the case is quite the reverse with Mr. D. MacFarlane, the Resident Agent, or any of his satellites that revolve around him in their own circle. Mr. Editor, this place is dead and a total failure, and never can be a success.” A ROAR from the Jungle-Prospector, letter to Editor of the Evening Star-HOKITIKA, 8 March 1876

The family decided to move to the North Island and settled at Opunake in Taranaki where father and sons built up the family dairy farm and had the rest of the family who were: Mary Veronica (b. 1880–d. 1961 and Rosey Elizabeth (b. 1880–d. 1961). The boys were competitively successful axemen and were often mentioned in the local newspapers competing for the New Zealand’s Axemen’s Association.  Mary died in September of 1906 at Opunake aged 68.

“Abusive Language, etc. — The same chairman wrote informing the Board that on several occasions a man named John Jakush, who lived in the vicinity of Tariki Road School, bad entered that school and abused the master in indecent language before all the children. He wished the matter to be put in the hands of the police to get Jakush punished.” Taranaki Herald, 15 November 1888, p 2

John and some of the family moved to the bottom of the South Island and settled at Greenhills in Southland where John was naturalised as a New Zealand citizen on 4 November 1912. At some stage John moved to New River Heads and died on 8 March 1920 at Invercargill aged 78.  He is buried at the Eastern Cemetery in Invercargill.

Augustus Jackush was born at Skrzeszewo Zukowskie on 01 August 1869.   A farmer at Warea in the Taranaki appears to have never married.  Augustus worked on the farm with his brothers Leonard and Jack. In February of 1907 his partnership with his brother Leonard was dissolved.

WAREA. (From Our Own Correspondent). Mr. Augustus Jackush met with a nasty accident last week, he being .jammed between a post and a milk cart. Happily, no bones were broken but he will be indisposed for several days. Taranaki Daily News, 18 February 1910, p 7

Augustus then resided at Rahotu where he was naturalised as a New Zealand citizen on 4 May 1937 before moving to Auckland where he retired in the late 1940s.  Augustus died on 16 July 1955 and was buried at the Waikara Cemetery.

Leon Jackush was born at Dolinka on 09 April 1871.  He worked as a farmer with his father and brothers on the Tariki Road property at Opunake and never married. Unfortunately, Leon was thrown from a trap suffering from a serious spinal injury and died later at the New Plymouth Hospital on 14 June 1907 aged 34.  He was buried at the Te Henui Cemetery.

“A Serious Accident. On Friday evening a man named Leonard Jackush met with a serious accident on the Ngariki road. He was driving home from Rahotu about 8 p.m. when his horse shied, and threw him out on to his head. He lay unconscious for some time, and when he came to, he could not move his legs. Mr L. Billing was going home about 11 o’clock, and hearing his cries for help, did what he could. He secured the horse and cart a chain further up the road, and drove the unfortunate man back to Rahotu. Constable Kelly and Mr Billing took him to the hotel, where Mr Hood made a big fire to try and get some warmth into him, as the bitterly cold night had nearly frozen him. It was found that his legs were partly paralysed, and his head injured. In the morning Dr Morrison was rung up, and after hearing the nature of the injuries, recommended his removal to the New Plymouth Hospital. Dr Pomare, who was visiting the district, happened to be in the vicinity, and he attended to the sufferer, stating that he was suffering from spinal injuries. Jackush arrived at New Plymouth on Saturday afternoon.” Opunake Times, 4 June 1907, p 2.

“DEATH OF L. JACKUSH, Mr H. S. Fitzherbert held an inquiry at the Courthouse on Saturday morning concerning the death of Leonard Jackush (34), who died in New Plymouth Hospital on Friday from pneumonia, caused by injuries received through being thrown out of a trap on or about the 1st June. Dr Leatham stated that the deceased was brought to the hospital on the Ist June, suffering from an injury to the spine, as a consequence of which there was complete paralysis of the lower limbs and partial paralysis of the arms; also suffering considerably from shock, and from partial paralysis of the muscles of respiration, thus causing difficulty in breathing. He subsequently developed pneumonia, the actual cause of death, which ensued on Friday about 1 p.m. He had told witness how he met with the accident. Witness understood from him, and from information he gave to the nurses, that he was driving and was thrown out of the trap, falling on to the back of his head. This was quite sufficient to account for the injuries he sustained. Witness also understood he lay helpless for several hours before being picked up. He was brought to the hospital the day following the accident. The cause of death was brought about as the result of the accident.

Rose Skodey said the deceased was her brother. He had been engaged dairy farming, but sold out recently. He was living at Opunake. She knew nothing at all about the accident. She last saw her brother alive eight months ago. He was then at Opunake. He was a single man. The jury returned a verdict that deceased died from pneumonia, caused through injuries received by falling out of a trap on or about the 1st of June.”—Taranaki Herald, 18 Jun 1907, p 3 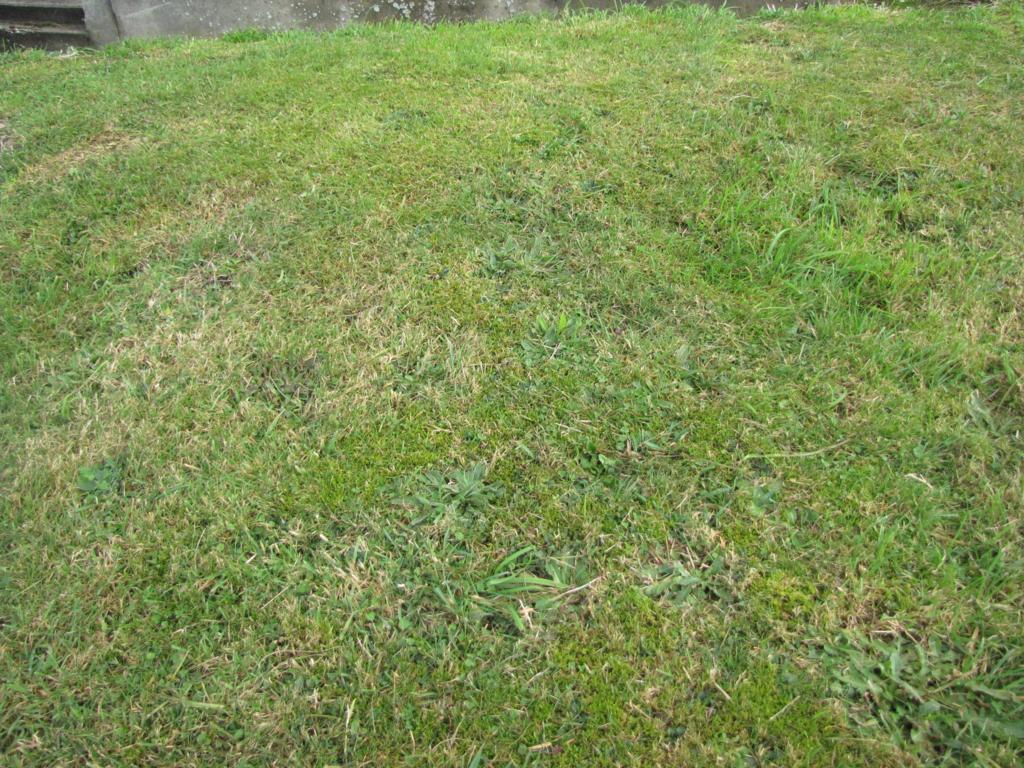 John (Jack) Jackush was born at Małe Turze on 05 December 1874.  He worked as a farmer on the Tariki Road property at Opunake and never married. In March of 1907, the three brothers were involved in a case at the Magistrate’s Court at Opunake as a result of Jack assaulting his brother Leonard for loafing from his duties and refusing him to go to the sports. The Magistrate thought it a rather disgraceful occurrence, not only for fighting but for bringing it to court.  He suggested that they should make up and the case was dismissed.

“MAGISTRATE’S COURT. FRIDAY’S CASES Mr R VV Tate S.M. presided over the local Magistrate’s Court on Friday when the were dealt with: Trapping Opposums. John Jackush was charged on the information of Constable Brenchley that he had in his possession on 31st July 10 opposum skins and 11 traps and was not the holder of a license. Senior Sergt McCrorie prosecuted and Mr Bennet appeared for defendant. Constable Brenchley stated that on account of information received he visited Jackush’s camp on the top end of Saunder’s Road on August 5th. He interviewed defendant who stated he was not trapping opposums, but had set a trap to catch a rat, but the rat caught became an opposum. Accused had shown the witness six jumped traps and said these were all he had and no skins. In company with Mr Whitehead he again visited Jackush’s camp and the latter admitted eleven traps were sold. They went to the bush and from under a log five traps were brought out, making eleven. A bag was also taken from under the log containing opposum skins. The skins he said were the only ones he had caught, Defendant had not a license. To Mr Bennett t Jackush, in company with Whitehead, had applied to the postmistress at Okato for a license but it was delayed owing to ho form being at the post office. Jackush corroborated the main points of the constable’s evidence. He had applied, in company With Whitehead, for a license at Okata. The money was tendered but Would hot be accepted until the form had arrived. Defendant could not read or write and he told Whitehead to get the license and thought it would be alright as he was splitting posts for him and held money on the work. In reply to the Sergt, Jackush considered Whitehead had put “the wood on him.” Defendant was convicted and ordered to pay costs. The traps and skins were confiscated.” Opunake Times, 28 September 1926, p 3

John died on 19 March 1932 at New Plymouth and was buried at the Te Henui Cemetery.