click on name or picture to go to Gdaniec Family Tree at ancestry.com 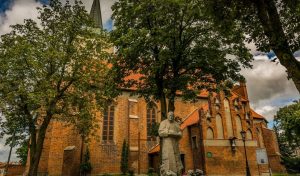 St. Michal the Archangel at Skarszewy,

Listed aboard were: Maria Gdanitz age 54, Maria 21, Julianna 18 and Wilhelmina 15. They settled in Cumberland Street in Dunedin and for a time in the district of Pine Hill, overlooking the city. Marianna died on 3 January 1897 aged 79 at the residence of her daughter, Julia Pistor, 3 Frederick Street and is buried at the Southern Cemetery in Dunedin.

“FUNERAL NOTICE. The Friends of Mrs PISTOR are respectfully, invited to attend the Funeral of her late MOTHER, the late Mrs DANITZ, which will leave her residence, Frederick street, for the Catholic Cemetery South, TO-MORKOW (TUESDAY), the 5th inst., at 2.30 p.m. HUGH GOURLEY, Undertaker, Clarke and Maclaggan streets.” Otago Daily Times, 4 January 1897, p 2 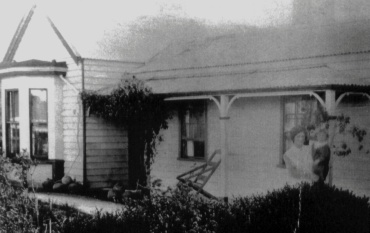 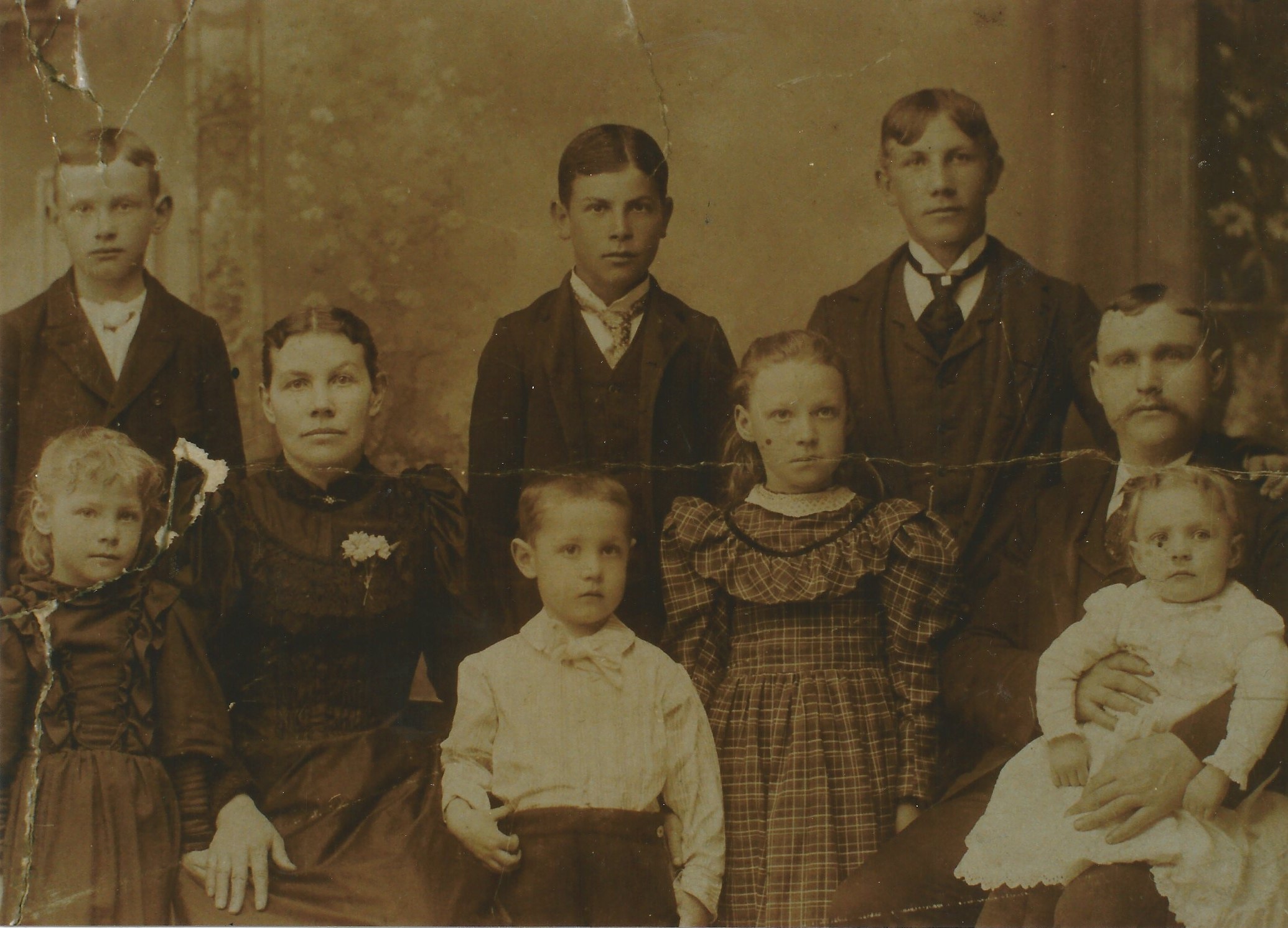 Wilhelmina Gdaniec was born at Rościszewko on 27 May 1860.  She married on 20 April 1887 at Mary of the Angels in Wellington to Frederick Meyer (b. 1861 at Limerick–d. 1941), the son of Frederick Meyer and Catherine Cummins.

“Government Notices. LAND TRANSFER ACT NOTICES. NOTICE is hereby given, that the several parcels of Land here’nafter described will be brought under the provisions of “The Land Transfer Act, 1870,” unless caveat in the meantime be lodged forbidding the same… Section 32, Block XI, North Harbor and Blueskin District; Thomas Gedanitz of North Harbor and Blueskin, settler, applicant. 2,150…” Evening Star, 12 May 1876, p 2 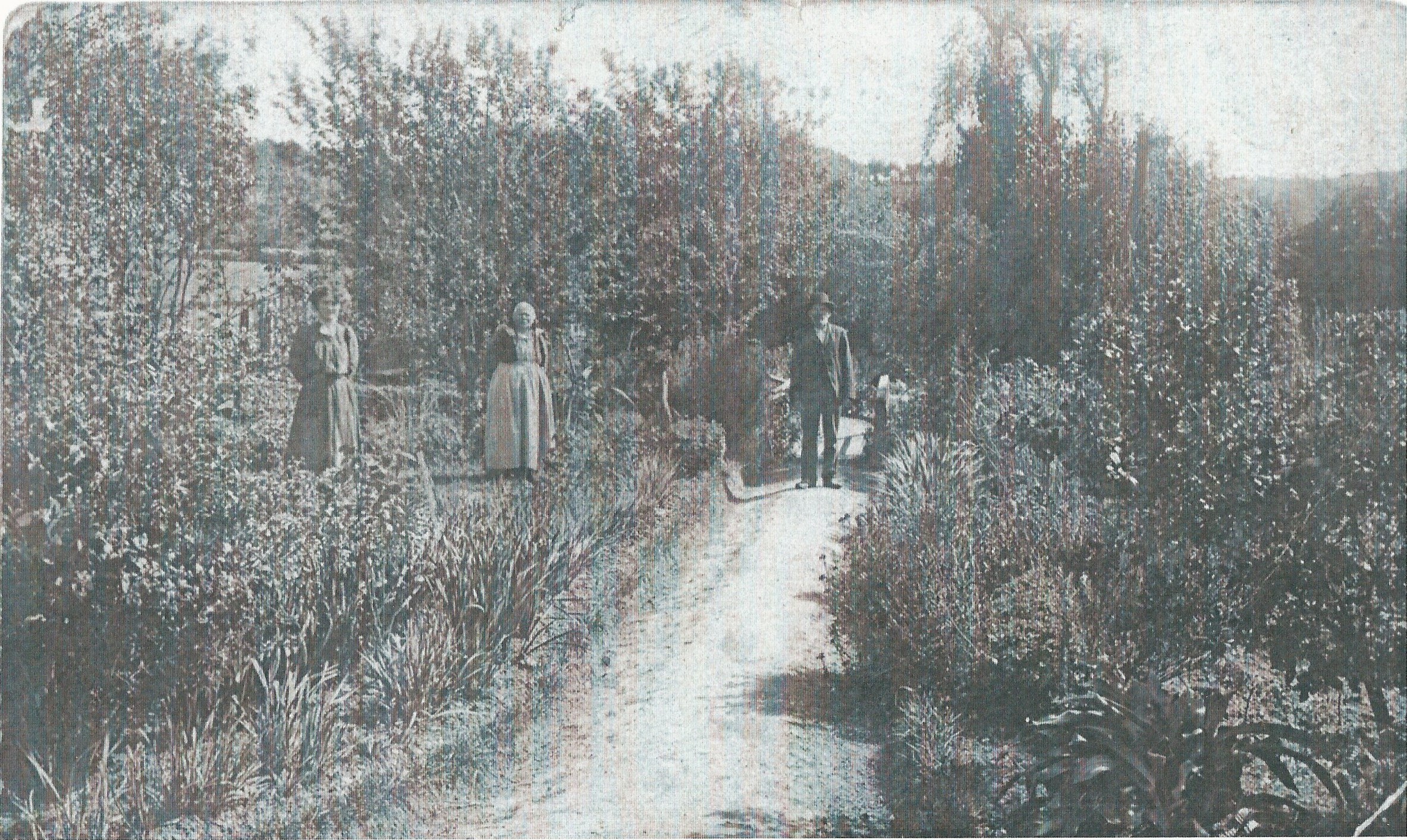 “RESIDENT MAGISTRATE’S COURT. “Thomas Gdanitz and Joseph Kreft, labourers, Pine Hill, v. John Richards, draper, of George street, Dunedin. and Benjamin Jeffs, labourer, Pine Hill. This was an action, brought to recover from the defendants the sum of £60, for damages done to buildings, fencing, and wood by a fire, which took place on Friday, the 14th October, at Pine Hill, the said fire being caused by the defendants.—Mr Stout appeared on behalf of the plaintiffs, and Mr Macdonald for the defendant Richards.—The plaintiff Gdanitz gave evidence as to the damage done by the fire, and said ho was certain the fire originated on Richards’ land. Benjamin Jeffs was next called, and his evidence went lo show that the property destroyed on the plaintiff’s land was over-valued. He stated that there were several fires, and the timber was in a blaze all over Wood’s property.—ln answer to questions by the counsel for the plaintiffs, witness stated that he was clearing land for the defendant. He would swear that he had not a fire burning on the land he was clearing that morning.—Joseph Kreft stated that the first fire he saw was on Richards’ land. He valued the damage to his property at the same as his partner. He saw the previous witness (Jeffs) preparing the fire by putting wood on the blazing heaps. There was no fire on witness’ property for a week before the fire that took place on Friday, and there was no wood smouldering on his section on the morning of the fire. They tried hard to keep the fire off their (the plaintiffs’) land by throwing water on it. The fire was all over M’Pherson’s section shortly alter 11 o’clock. The shed that was burnt down was worth £10. It was 21ft x 10ft. There were 35 cords of firewood burnt. A lot of other timber was also destroyed. The ground was held on lease from Mr Larnach.—Robert G. McPherson deposed that he was a settler, and his land adjoined Mr Richards’ property. He was quite positive the fire came from Richards’. This fire also destroyed a portion of witness’ fencing, and nearly burned down Marshall’s house. He heard one of the men who were engaged in clearing the land say, “There’s a big heap of timber that was standing there this morning all gone. This is better than half a day’s work for me.” —Another witness, named M’Gregor, gave corroborative evidence as to where the fire came from. The track of the fire could be easily traced to Richards’ land.— Another witness, named Dometz, also gave evidence. He stated that he saw the fire burning on Richards’ land near the road.—A Maori named George Pratt, of Waikouaiti, gave evidence as to the wood being burnt. This was the case for the plaintiffs—Mr Macdonald then proceeded to address the Bench, and contended that Mr Richards could not be held liable unless he had ordered the work to be carried out whereby the damage was done. He cited a number of cases in support of this view of the case.—After hearing Mr Macdonald his Worship remarked that he did not think they had time to finish the case, and it was accordingly adjourned till Thursday next.”  Otago Daily Times, 29 October 1881, p 3 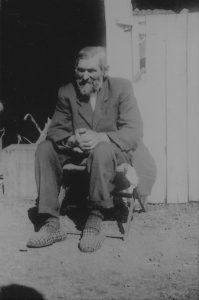 In October of 1882, Thomas dissolved his working partnership with Joseph Kreft at Pine Hill and left Dunedin.  The family settled at Hampden. where Thomas purchased a small farm and became a dairy farmer. He established a large orchard as an added income.  The family born at Hampden were: Mary Ellen (b. 1885–d. 1918) and Agnes Anna (b. 1890–d. 1952). Thomas and Julianna were naturalised as New Zealand citizens on 23 November 1892. In May of 1894, Hampden saw the opening of the new Catholic church, Our Lady Star of the Sea which Thomas aided in its building and fitting. In 1901, Interested in public affairs, Thomas Gdanietz was elected onto the Hampden Borough Council as a member of the Works Committee. Julianna died on 14 November 1914 aged 66.

“DEATHS. GDANITZ. —On the 14th inst., at her residence, Hampden, Julana, the beloved wife of Thomas Gdanitz, in her 67th year. R.I.P. The Funeral will leave her late residence on Wednesday, 17th inst., at 2 p.m., for the Hampden Cemetery. Friends kindly accept this intimation. Stringer Bros., Undertakers, Herbert.” Oamaru Mail, 15 November 1915, p 4

“HAMPDEN. Death.—During the week Mrs Thomas Gdanitz was laid to her rest. Mrs Gdanitz was an old and respected resident of Hampden, having resided here for many years. Great sympathy is felt for her husband and family in their bereavement.” Otago Witness, 24 November 1915, p 31

Thomas died on 6 September 1933 aged 85 and is buried with his wife at the Hampden Cemetery.

“FUNERALS. THE Funeral of the late Thomas A Gdanitz will arrive at the Catholic Church, Hampden, on Thursday. September 7, for Service at 2 p.m., and thence to the Hampden Cemetery. JOHN RHIND.” Star, 6 September 1933, p 2 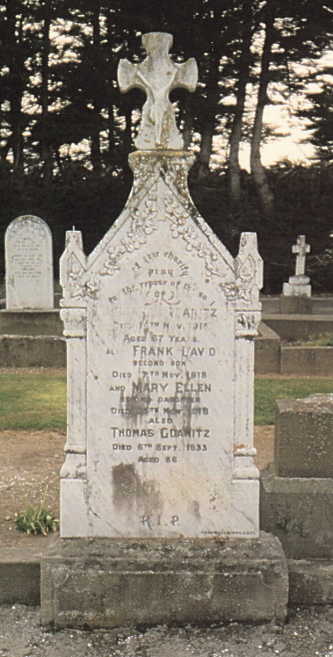 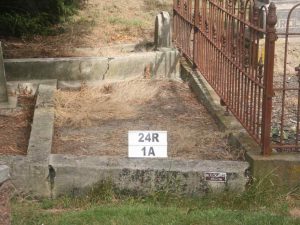