click on name or picture to go to Bucholc Family Tree at ancestry.com

Listed aboard were: Johann Buchholz age 31, Anna 28, Joseph 4 and Amelia 2. During the voyage Anna gave birth to a baby girl—Mary (b. 1872—d. 1939). The family was sent south to Scroggs Creek on contract work with Brogden and Sons to lay the southern railway through the Taieri and by March 73’ they were residing at Waihola. In mid-1874, Johann was successful in the ballot for a 200-acre section of land to the north east of Gore. He drew the third section on the McNab run from the East Gore boundary on the highway known as Symes and Pinnacle Road. He divided his property for purchase on 28 February 1878 and was soon joined by a considerable number of his fellow countrymen and looking round in search of a place where they might pitch their tents without trespassing on private property, they came upon the coal reserve along Johann’s farm. John took up contract work after working on the southern railway in the Gore district.

“At the Police Court, Gore, on Friday last, John Devoloskie was charged with having on the 22nd January at Waikaka threatened to shoot John Bucholz. Dr Macaffer, J.P., and Mr Souness, J.P., occupied the bench; and Messrs Aldridge and Henderson appeared for complainant and defendant respectively. John Halfke said he had heard Devoloskie say that he would shoot Bucholz; that he had tried two caps, which did not go off, but that the third would be all right. This threat was repeated, and was accompanied by violent behaviour. In answer to Mr Henderson witness made a rambling statement about a ghost, with a long tail which seemed to have been the cause of all the trouble; but it was Bucholz that was to be shot, not the ghost. According to J Hoffman’s evidence Devoloskie had said a ghost was always coming to his house causing a disturbance amongst his sheep and frightening his wife; that he had tried to shoot the ghost, which had a long tail, and in all respects but this one resembled Bucholz, whom he had tried to shoot. The gun, however, did not go off; but if it did go off he would shoot him. He was sober. Bucholz lost his wife recently. To Mr Henderson — Could not say if Devoloskie really intended to shoot Bucholz. The complainant gave evidence to the effect that he feared the threat would be carried out, and was then cross-examined at great length by Mr Henderson, his evidence disclosing little of importance or interest beyond the fact that some of the Germans. at Waikaka were not notable for morality of a high order. Without considering it necessary to hear evidence for the defence, the Bench dismissed the case.” Matuara Ensign, 13 February 1883, p 2

“Gore Borough Council. The Finance Committee recommended that the following accounts be passed, and their recommendation was agreed to, the Mayor on explaining that the return of Bouchlez’s deposit was merely a formal matter, in that his contract for supply of gravel had expired, and that his amount wanted in a separate account; that the amount for Leahy’s contract would only fail to he paid on the engineer’s certificate; and that the overdraft of the Borough was going steadily down:” Mataura Ensign, 30 September 1890, p 5

“The Chatton members of the Knapdale Road Board met on Tuesday last, there being present — Messrs Turnbull and Milne and the Inspector, these gentlemen accepted the following tenders:… contract 189, John Bucholz, subject to alteration by the Inspector of bridge, L11 17s;…” Mataura Ensign, 28 October 1890, p 4

“Gore Borough Council. The monthly meeting was held last night; present-Councillors; Bakerr (in the chair), Martin, Dick, Brewer, Macara, Wood, Aitken, Carmody and Wallis… The ordinary business of the meeting then proceeded with, John Bucholz and Patrick Daly asked the Council to pass their respective accounts for payment on receipt of the engineer’s certificate. Bucholz’s contract was finished, but he had been unable to get the engineer, and Daly’s would be finished in three days. — Both requests were granted…” Mataura Ensign, 14 February 1893, p 2

“National Mortgage and Agency Co Freehold Farm for Sole. SATURDAY, 19th JANUARY, 1895, At 2.30 o’clock afternoon: At Brewer and Trembath’s Horse Bazaar, Gore. ARCH. A. MACGIBBON (on behalf of the National Mortgage and Agency Company), favored with instructions, will sell by Public Auction, place and date a above. That FARM of 200 Acres or thereby, being Section 9, Block I, Waikaka District, within a mile of Gore, presently in the occupation of Mr John Bucholz, with Dwelling House and Offices (Barn and Stable) thereon; subdivided into paddocks; together with the Growing Crops thereon, being 100 Acres Oats and 20 Acres Turnips or thereby. This affords a splendid opportunity to any one wanting a Dairy Farm. For further particulars apply to JOHH MaCGIBBON & SONS, Gore; Or THE AUCTIONEERS, a174 Gore or Invercargill.” Mataura Ensign, 15 January 1895, p 5

“MAGISTERIAL. Gore. This Day. (Before R. S. Hawkins, Esq., S. M.)  RABBIT PROSECUTIONS. Samuel Walker was charged with neglecting to commence the destruction of rabbits on his property at Waikaka. – E. A. Field, Inspector of Stock, gave evidence as to the infested state of defendant’s property. If trapping was done on the place it was not, sufficient, and witness saw no pollard poison on the ground. Rabbits were more numerous on his property than in any other part of the district. Samuel Walker, defendant, deposed that he had poisoned twice in the winter before the notice was given. Laid three bags of poison between himself and neighbour. Had laid 160 lbs of pollard, trapping also had been going on. Witness was still laying poison. Could not kill all the rabbits. John Bucholz deposed that he had started trapping after poisoning, and had trapped for two months. Had trapped 4000 rabbits off Walker’s ground from 8th October to the end of December, and about 4000 previously, from 8th October to 16th November. The Bench considered that no evidence was forthcoming as to defendant failing to commence, and the information would be dismissed. Samuel Walker was further charged with failing to continue to do sufficient poisoning upon his property. — Defendant pleaded guilty, and was fined L1 and costs 7s..” Mataura Ensign, 9 January 1896, p 2

Only months after the loss of their son Isaac, Annie passed away on 22 February 1899 at East Gore aged 31 and was buried at the Gore Cemetery.

John was naturalised as a New Zealand citizen on 8 September 1902 working as a farmer at Gore and according to the Awarua Electoral Roll for 1911, John was working as a labourer at Tisbury, near Invercargill.

“LAND BOARD. MONTHLY MEETING. The monthly meeting of the Land Board; was held yesterday when the following. business was dealt with: TRANSFERS. The following transfers were approved:.. Sections 71 and 72, block 22, Invercargill Hd., 41 acres 2 roods 16 poles —Public Trustee (in estate of John Bucholz) to Thomas O’Neill…” Southland Times, 17 December 1921, p 10

John of Seaward Bush, died on 7 August 1926 at Seacliff Mental Hospital aged 84 and is buried with his wife at the Gore Cemetery.

Joseph Michael Buchols was born at Lubiszewo-Tczewskie on 23 November 1867. He married on 25 October 1911 at the Church of the Sacred Heart in Allanton to Nellie Woolliams. He worked at times as a farmer and coal miner.

“…Joseph Bucholz deposed as to cutting part of Hoffman’s crop, and as to the acreage cut by him and by O’Brien. He would cut more in a day than O’Brien, whose reaper was only six feet as against his six feet six, and O’Brien on three days did not start work until about 10 o’clock, while he had been working two or three hours earlier…” Mataura Ensign, 5 February 1892, p 2

“A VANISHED HERD. PECULIAR CATTLE DISPUTE. A. case presenting most unusual features was heard at the Gore Court yesterday, before Mr McCarthy, S.M. This was an action by Robert Dynes (Pukerau) to recover the value of 14 steers at £7 5s each, and three heifers at £5 5s each (total £150), from W. Scoullar (Pukerau)… Joseph Bucholz deposed to driving cattle for plaintiff along the road from one paddock to another on the Friday. Saw the cattle in the 10-acre padoack. None of them joined his mob. Saw them again next day…” Mataura Ensign, 23 July 1901, p 2

“MAGISTRATE’S COURT. SITTING AT MATAURA. (From our Correspondent.) The Mataura Magistrate’s Court sat on Tuesday before Mr H. J. Dixon, S.M. MINING CASE. The Inspector of Mines proceeded against Joseph Bucholz on a charge that, being the Mine Manager of the Boghead Coalmine at Mataura where an accident took place on April 24, he did permit part of the mine to be interfered with before it had been inspected by the Inspector, contrary to Section 62 (5) of the Coalmines Act, 1908. The Inspector, George Duggan, outlined the facts of the case, stating that the Act provided that the mine should be inspected after a serious accident before being worked again. He did not press for a heavy fine. The defendant explained that he continued to work the mine in ignorance of the Act. The Magistrate said the case was only brought as a warning and ordered defendant to pay Court costs 9/- and witness’s expenses 5/-.” Southland Times, 10 July 1925, p 5

Joseph died on 29 December 1952 at Mataura aged 85 and is buried with his wife at the Gore Cemetery. 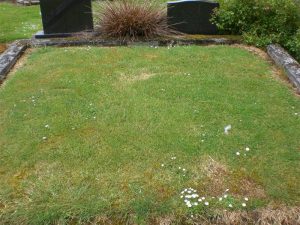 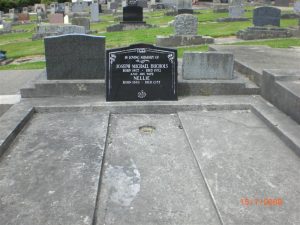