click on name or picture to go Bielicki Family Tree at ancestry.com

STĄKIEWICZ (Pol) stan. Meaning: stand or from the name Stanisław.

Listed aboard were: Math Bielicki age 39, Marianna 31, Pauline 12, Joseph 9, Maria 7, Anna 3, Augustin 2 and Franz 6 months. On arrival, the ship was immediately placed in quarantine because of typhoid and the passengers were transferred to the Quarantine Station on Somes Island, in Wellington Harbour. During the voyage, Mathias’s wife, Marianna, died from typhoid fever on 4 February 1876. Martin and family travelled to Germantown (Waikaka Valley), in the South Island where the railway was progressing, and how Martin coped with his large young family on arrival is hard to imagine. During 1879, he bought Section 9 of Block 7 in the town of East Gore. Martin worked as a labourer and was naturalised as a New Zealand citizen on 30 September 1899.  Over the years Mathias’s sons and sons-in-law followed his footsteps in railway work and construction. Becoming blind in his later years, Martin was committed to the Otago Benevolent Institution, (Tall Boys) at Caversham in Dunedin on 24 January 1902 and died there four months later on 29 June 1902 aged 69.  He was buried at the Southern Cemetery in Dunedin. 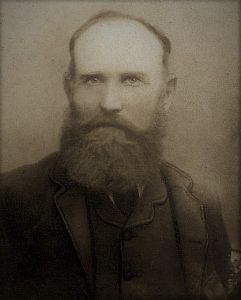 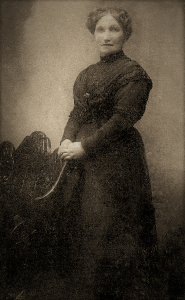 “CITY POLICE COURT. Thursday, July 26. (Before Mr E. H. Carew, R.M., and Mr G. E. Eliott, J.P.)…Affiliation.— Joseph Blesky, who was charged by Flora Williams with failing to support her child, of which he was the putative father, was ordered to pay 7s per week…” Otago Daily Times, 27 July 1888, p 4

“R. M. COURT, BALCLUTHA. (Before J. N. Wood, Esq., R.M.) Wednesday, June 11, 1884. affiliation. Henry Hansen, of Clinton, was charged on the information of Mary Belezky, with refusing to provide towards the support of his illegitimate child. Mr Reid appeared for complainant. Defendant did not appear. After the evidence of complainant, Martin Belezky, and Joseph Belezky had been given, His Worship adjudged plaintiff to be the putative father of the child, and ordered him to contribute 2s 6d per week from the 14th January last till the child arrived ab the age of 14 years, with 40s expenses, 9s Court costs, and 21s professional fee.” Bruce Herald, 13 June 1884, p 3

“In a similar case, Belizky v. Hanson, a rehearing, Mr Stewart, who appeared for tho defendant, stated that he had received no communication from defendant since the rehearing was granted. Mr Reid strongly stigmatised the defendant’s conduct. He swore when applying for a rehearing that he had a letter written by the girl to another man charging him with being the father of the child, while as a matter of fact the girl could not write a word. His Worship affirmed the original order, with costs, £2 2s. All the Civil cases were adjourned until July 29th.” Bruce Herald, 27 June 1884, p 3 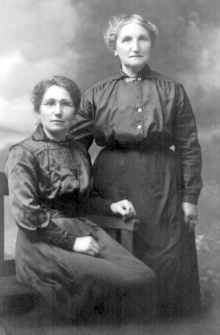 “OMNIUM GATHERUM. Mr T. Belisky, platelayer, who has been promoted to the position of ganger in the North Island, was, prior to his departure, the recipient of a well-filled purse from Waipahi residents.” Otago Daily Times, 11 January 1902, p 12.

Thomas was employed with the New Zealand railways as a ganger, platelayer, surface man and engineer. He was naturalised as a New Zealand citizen on 10 October 1923 while residing at Edendale. Thomas died on 19 March 1939 at Invercargill aged 65 and is buried at the Eastern Cemetery.

“Gore Industrial Exhibition.  Two contests were held in the Town Hall in the evening, viz., a bed-making contest for men only and a knife-cleaning competition, The former event evoked hearty laughter during its progress, and eventually was annexed by Mr F. Beliski. The other contest was won by Henry Stevens, J. Richardson a good second.” Mataura Ensign, 25 April 1896, p 3

“A social, under the auspices of the railway employees of Gore, took place in the Town Hall on Thursday night, and proved an undoubted success. Between 50 and 60 couples were in attendance, and spent a pleasant evening in dancing to music supplied by Messrs De Lautour and Marks. Everything possible was done by the railway men for the enjoyment of those in attendance, and their efforts were duly appreciated by those present – so much so that the hope was freely expressed that the gathering might become an annual one. Mr F. Beliski acted as M.C., and an abundant and choice supply of refreshments was provided by Mr D. McFarlane, During the evening a song was given by Mrs Scott, a recitation by Mr Robb, and stepdances by Messrs Beliski and Blackwood.” Mataura Ensign, 11 July 1896, p 2

“Mr F. Beliski, porter at the Gore railway station, had. a narrow escape from serious injury on Thursday last (says the Ensign). He was standing between two sets of rails waiting to uncouple an approaching engine from a train, and was unaware of the proximitv of a shunting engine, the cylinder of which, struck him on the shoulder, throwing him violently to the ground. Fortunately he escaped being thrown on the rails in front of the other train, arid beyond a severe shaking his injuries were not serious.” Otago Daily Times, 10 Apr 1901, p 8

“LEGAL AND OTHER NOTICES. To FRANK BELISKY, formerly of Dunedin, in the Provincial District of Otago, in the Dominion of New Zealand, but now of parts unknown, Platelayer. Whereas EMMA JANE BELISKY, of Dunedin, aforesaid, claiming to have been lawfully married to you. has filed her PETITION against you in our said Court, praying for a DISSOLUTION of her MARRIAGE with you, wherein she alleges that, on or about the sixth day of December, 1907, you wilfully deserted her without just cause, and for five years and upwards— namely, from that date down to the present time—have continued to desert her without just cause. Take Notice that unless on or before the 26th:- day of JANUARY, 1914, you file in our said Court at Dunedin aforesaid an ANSWER to the said Petition, the said Court will proceed to hear the said charge proved and to pronounce sentence therein, notwithstanding your absence. And further take notice, that before filing – the said Answer you must enter an appearance in person or by your solicitor at the Registry of the said Court at Dunedin aforesaid, and that if you do not enter such an appearance you will not be allowed to address the Court, either in person or by counsel, at any stage of the proceedings. Sealed at Dunedin the 17th day of December, 1913. THOS. E. ROBERTS, Deputy Registrar. This Citation was extracted by Alfred Charles Hanlon, the Solicitor for the Petitioner, whoso address for service is at the offices of the said Alfred Charles Hanlon, No. 486 Moray place, Dunedin. N.B,—The friends of the Respondent are requested to forward this advertisement to him. Copies of the Citation and Petition can be obtained on application to the Registrar of the Supreme Court at Dunedin aforesaid. “ Otago Daily Times, 22 December 1913, p 7  Frank failed to make an appearance and Emma filed for absolution for desertion, which was granted in February 1914.

Emma died on 17 March 1944 aged 71 and is buried at the Andersons Bay Cemetery in Dunedin.  Frank’s whereabouts are unknown but it is mentioned that he was deseased on Emma’s death notice.

Clarence George served as Trooper 448505 in a Tank regiment in Italy and died of wounds on 02 October 1944.  He is buried at the Ravenna War Cemetery in Italy.  Adelaine Pearl married in Dunedin to Charles Keith and lived life as a farmer’s wife at Wainawa near Invercargill. Ona Jane married William Thomas Walker who worked as an ANZ bank manager.  They moved around the country before settling the family at Christchurch.  Ona moved to Rangiora after the 2011 Christchurch earthquake damaged her home and died there a year later in 2012.  Vilma Noeleen went to the North Island in late 1950 to work in a returning soldiers TB sanitorium in Wairarapa. There she met, treated and then married Dennis George Flanagan and settled initially at Paraparaumu beach before moving to Palmerston North to further treat Dennis’s returning TB.  Dennis died from it within a year and is buried in the RSA section of the Kelvin Grove Cemetery. Vilma then married Peter John Russell Gaisford in December of 1951 in Palmerston North, fulfilling a promise made to his sick best WWII-tent buddy, Denis, to look after his wife should he die from his TB. Peter and Vilma lived together for 32 years in Palmerston North then in 1983 retired to sunny warm Opotiki, where Peter died in 2006 and Vilma died in 2016. Both are buried together in the RSA section of the Opotiki Cemetery. 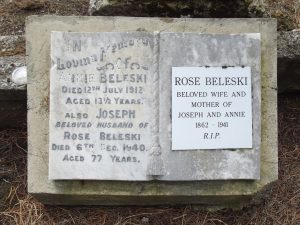 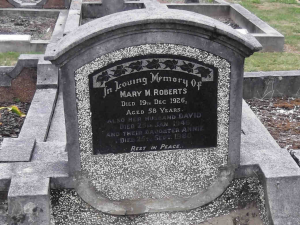 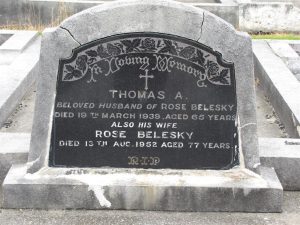